Del the Funky Homosapien: "You want a better world? Start working on it" 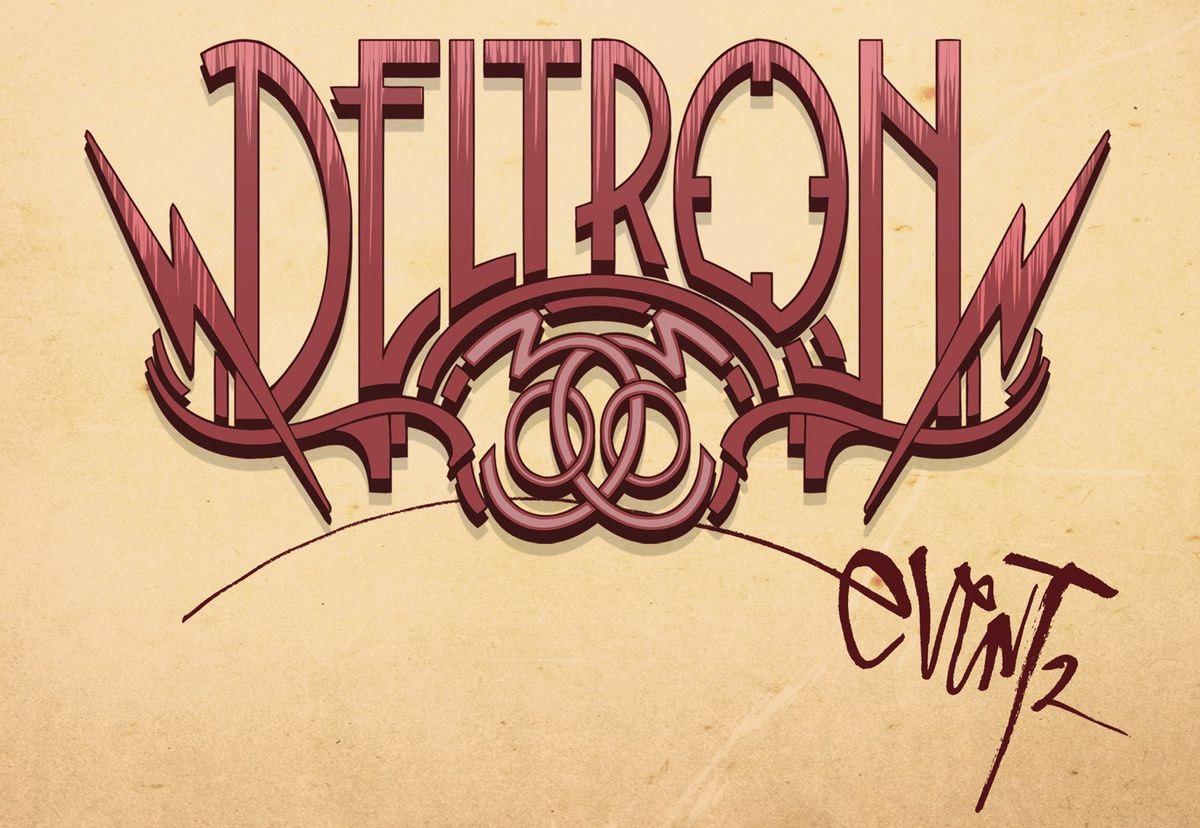 For those unfamiliar with Deltron, the group's ambitious, experimental first record was hailed by music critics as one of 2000's best hip-hop albums. Spouting socially conscious lyrics over eerie, subterranean sounds, the album relayed the story of Deltron Zero, a disillusioned robot soldier from the year 3030. In "Deltron 3030: Event II," the year is now 3040, and “the Deltron world has gone too far with technology. Everything’s destroyed, and you just see the remnants of our technology. The streets are run by criminals, the police are outnumbered and outgunned, and we’re like pirates, running rogue, doing what we do to survive," Del explained in a press release.

Though Deltron's appeal may still be somewhat niche, the album has attracted a diverse range of collaborators: Actor Joseph Gordon-Levitt introduces Deltron on the first track, while the comedians of the Lonely Island, David Cross and Amber Tamblyn, add social commentary. Musically, tracks are infused with jazz of Jamie Cullum and Rage Against the Machine's Zach De La Rocha, among other artists.

Salon recently spoke to Del and Dan about the album's message, the future of Deltron's world and what it was like to collaborate with such a diverse group of artists.

What are some of the specific events that you're commenting on in "Event II"?

Dan: Probably the bank crises, the mortgage crises, the way a lot of the hedge funds, they shake hands, they give the money back, how the president can declare war without getting permission from the rest of the government -- things like that.

Del: Basically it's overall all that stuff plays into it, and on the other side, the more positive side, how things like social media have helped people get revolutions going – people who don't have a voice can be heard, so that's part of the backdrop, I suppose.

Also I would kind of say, you know, you kind of see what people will do under certain circumstances, you know what I mean? If everything was gone, all your little creature comforts, everything that you needed was gone, I mean you're basically living like a bum, everybody living like a bum – what would you do? Would you start robbing people? Even though you need to eat, would you play it the fair way? Say how you feel? Those are the types of things people do.

The album was completed before the NSA leaks happened – how would that story have influenced the album?

Dan: There's a couple of things that happened after that; the NSA leaks were one thing that had happened after the album was done – the NSA leaks were a pretty good example of hackers and people using computer skills to shine light on and expose what's going on, because in a sense we're powerless against the government. The government has proven they'll say, "We're going to do this,” as opposed to going, "Well, we need a vote, or Congress has to OK it." So, when you lose that power, you gain a certain kind of other thing, which is, I think a certain risk to that freedom through leaks and everything like that. Actually we have a song that's a bonus song that's called "Hackers," which kind of goes back to the lineage of what they are to what's happening now essentially. That’s just how it works.

In "City Rising From the Ashes," Del, you assume the role of Osiris in the afterlife, and I'm wondering where the world of Deltron can go from there, because obviously that says something about the state of our world, too.

Del: That is up to the listener I guess, you know what I mean? You want a better world? Start working on it. Because it's up to the individual to make their own world. I do what I do, I try to spread love, peace, you know what I'm saying?

So can you conceive of there being an Event III, for example?

Del: You know I don't think there'll be a part three because the idea of the album's two parts are the same. Think about it, this album took 13 years to make, so it would take 20 years, 30 years to make another. And on top of that people's expectations would be through the roof. So whatever may come, they might not even accept it. They might be like, "Nahh the first one was the best." "No, no I think this one definitely is the best" – "Third one's OK," you know.

What prompted the collaborations with comedians, like the Lonely Island, and Momofuku restaurant owner David Chang?

Dan: Well, essentially the collaborations are there to paint more views of the year 3040. Like, for example, with the Lonely Island there were these old-school rappers talking about old-school beings beginning the 30th century, so it's more of a perspective thing, much like it is with David Cross and Amber [Tamblyn]. They're just talking about how people don't appreciate what's going on and how things are much harder from the year 2998 or something than it is in 3040. The first Deltron record is very intense, but you don't keep getting hit with lyrics, so they're also there to paint a vibe of what – give you a more rounded idea of what people as a society are feeling. And as far as the collaborators, they're all friends, they're – we'd all hang out and do things and whatever, and they wanted to help participate and help make it happen, and they were the best choices. It was a very friendly record in that respect.

Is there any track that's especially representative of the album?

Dan: I think that's the wrong way to look at it, to be honest. I think this is – and it's a very rare thing so I think we should approach it in this way – you should look it as a work. A work from front to back, and it's like that's the difference between this and a lot of other records. I'm not saying – well, I am saying, a lot of people don't make full albums, and this is meant to be a full album where everything is meant to be cogs in a machine. So, it's a puzzle where you might get all the pieces and all the pieces might be cool, but you see the bigger thing at the end and you realize that's what the work is. The work is – I mean, not like one song, but each one is a chapter of a book, so like you're reading out of the book and say, "Look ,chapter 11 was my favorite chapter.”

Dan (laughing): The gunfight in the fourth scene was the best.

Del: Huh, I guess some people do say that.

Dan: Yeah, I know, well we are from the short attention span generation, so they do say that, but realistically speaking, people should enjoy this for the fact that there is a work, because I don't remember another good work in the recent pasts, and I'm not trying to – it's not even like this is the greatest thing of all time, but I'm saying more in the sense of, I don't even know if there is one.

Del: Well, I will say Kendrick Lamar came out with his album, which is a conceptual album as well. But besides that, I don't see anybody approaching like this, at least in rap.

Speaking of Kendrick Lamar, what do you think about Kanye West, who has called himself the God of music?

Del: Let me say something about Kanye. I like Kanye and I feel like I can relate to his viewpoint on most of what he says, you know what I mean? He's kind of flamboyant in the way that he words things, but he's a real artist, that's what he does. He sees how things can be and he tries to create it. So in a lot of ways that's what we do too, you know that's what the artist does, so that's what I think about Kanye.

Dan: I tend to agree, I don't love all his music, but the fact he goes there and does what he wants to do, and on his terms, I think that's the important difference between him and a lot of other people. He's not going there and going, "I need to do this to appease a certain fan base" or "I'm just saying this cause I need to …" This kind of thing. He's doing what he feels.