In "Breaking Bad" character, Jesse opens the new season and assails the GOP for Walter White 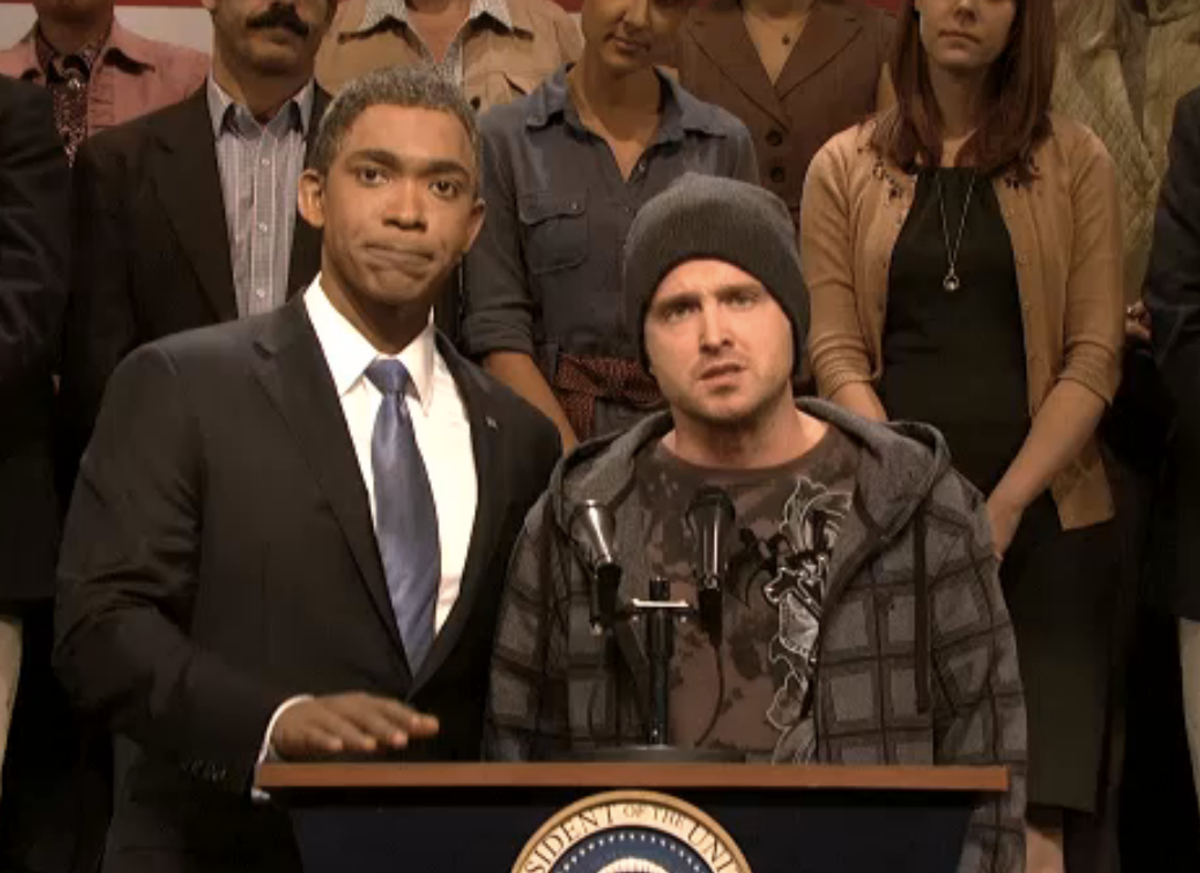 As a government shutdown seems increasingly likely with the House GOP voting to delay the Affordable Care Act for a year as a part of the spending bill in Sunday's wee hours, another late night show tackled the subject.

In character as Jesse from "Breaking Bad", Aaron Paul delivered a show-stealing cold opening to SNL's new season. Jesse (Paul) pointed out that the fictional Walter White would not have turned to meth-making had Obamacare been available. (Fans of "Breaking Bad" preparing to mourn its end: The provision of compelling TV plot lines are no reason to oppose healthcare reform.)