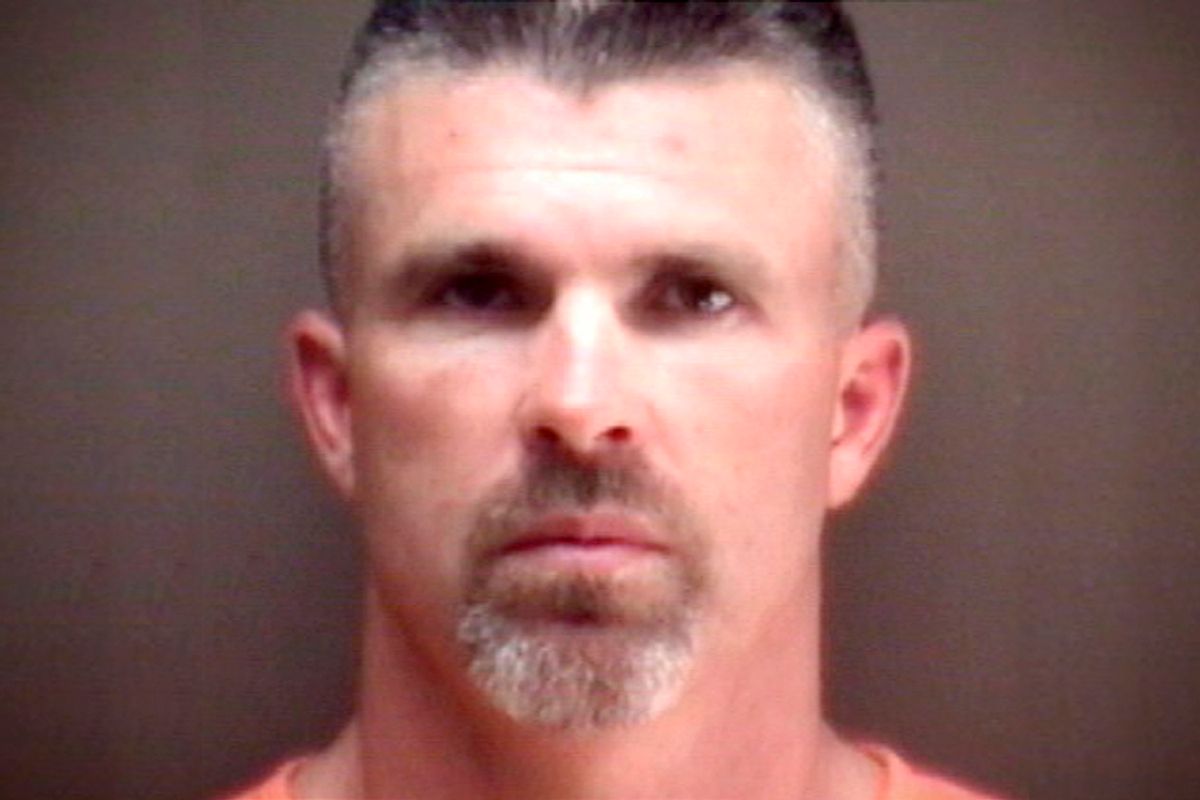 On Thursday in Hastings, Mich., the 44-year-old was sentenced to seven to 15 years in prison on six counts of second-, third- and fourth-degree criminal sexual conduct. The victims were three teenage girls he knew during his time as a high school volunteer weight-room strength trainer two years ago. When he was initially suspended from his position last year, he told reporters, "I'd ask [the community] to pray for us and pray that this would be resolved in a way that is honoring to God."

Now, in a courtroom statement the prosecution called "an arrogant, self-serving hour-long soliloquy," Curtis, who played for the Yankees in two winning World Series, steadfastly maintained that his victims were liars, saying, "The truth will set her free. I think this whole thing is an unfortunate situation where the whole truth has not been told. I believe her [the victim] and I could write a book someday and it would have a positive impact on a whole lot of people." It's a horrible, desperately insensitive thing to say, but it's an illuminating window into the mind of a convicted sex offender – one who still bafflingly seeks connection with his accuser.

The girls all tell similar tales -- of Curtis groping them under the guise of giving them athletic massages. In her account of his actions, one of his teenage victims said that he'd "he exposed her breast, covered it with his mouth and simultaneously groped her crotch." When she began crying, she says he swore that "he would never again succumb to his immoral impulses" and asked her to pray with him. She says that when she refused he told her, "Prayer is always good." According to Michigan Live, it was the same scenario with the other two victims: "Each would hear an apology. Each would receive a promise that it would not happen again." Yet if he expressed contrition during his encounters with the victims, there was none of the kind on display during his trial or sentencing.

Curtis, who in his statement Thursday described himself as a "Christian servant," now has lots of company in his ranks of prayerful servants. You'll find plenty of devout men of the Lord among convicted sex offenders. Earlier this year, Patheos revealed the story of pedophile Belfast priest James Martin Donaghy, who used prayer as a means of manipulating his young victims. Earlier this year, convicted pedophile Jerry Sandusky wrote a letter in which he claimed that "God's light has warmed me" and expressed his hope to "understand God's presence and purpose." And just this week, Billy Graham's grandson Boz Tchividjian called the Christian community a "magnet" for sex abusers.

Michigan Live reporter Barton Deiters writes that in his sentencing statement, Curtis "talked about the people he brought to Christ through his example and the lives he helped turn around." He didn't talk about the tears of the girls who say they believed he was "a man of principle and godly values," a man one of his victims now calls a "monster." In contrast to his shiny self-image, Judge Amy McDowell called Curtis a "predator" Thursday and "a threat to any community you get into." His community now, for the next few years, will be a prison. And this week the servant of God told the court his spiritual intentions. "I wake up every morning and ask, 'How can I be a positive influence in this little cell?'"