Watch: This adorable lion cub is working on its roar 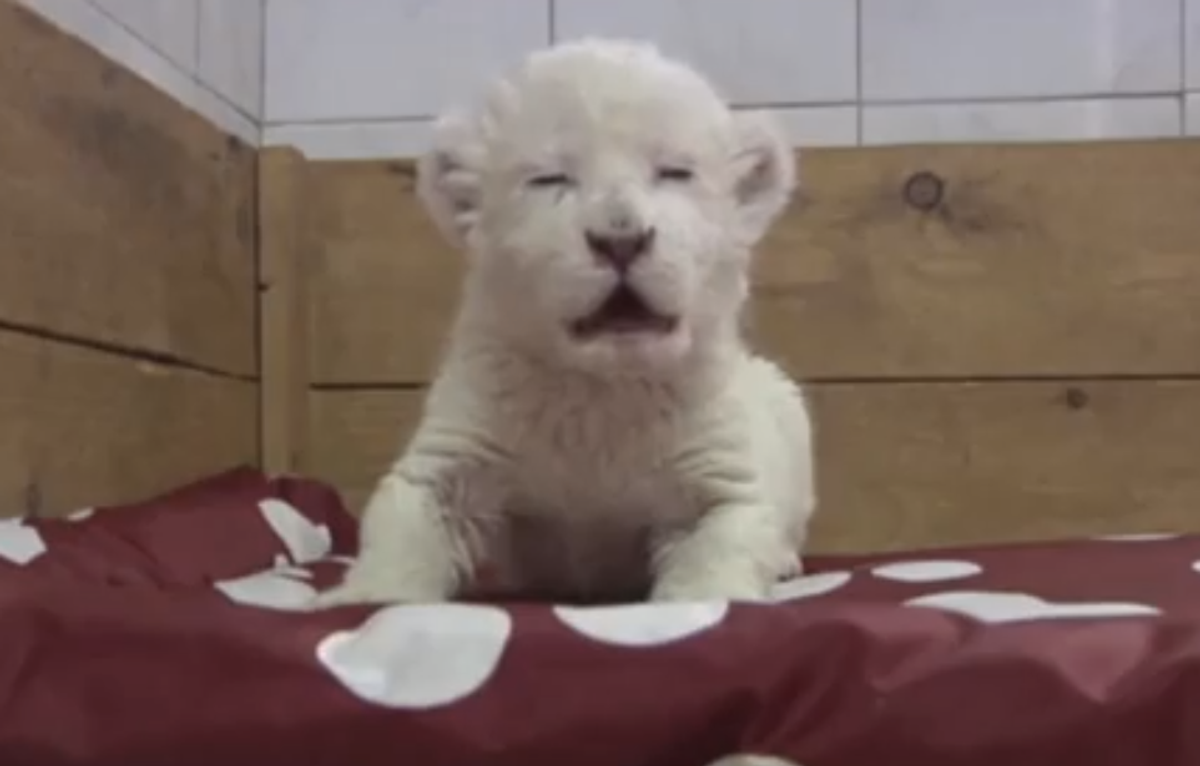 A female white lion cub, just a week old and yet to be named, made her debut yesterday at the Belgrade Zoo in Serbia. She weighs 2.8 pounds and traces her roots back to South Africa, where her mother, Masha, originated.

The cub's already got her media skills down. Right now, she sounds less like a lion and more like an extremely pissed-off cat, but give her time. Even Simba had to practice.

Watch her show off for the Associated Press: