These unpaid meteorologists hiked to work through 2 feet of snow

Despite the shutdown, South Dakota's weather forecasters were on the job during this weekend's blizzard 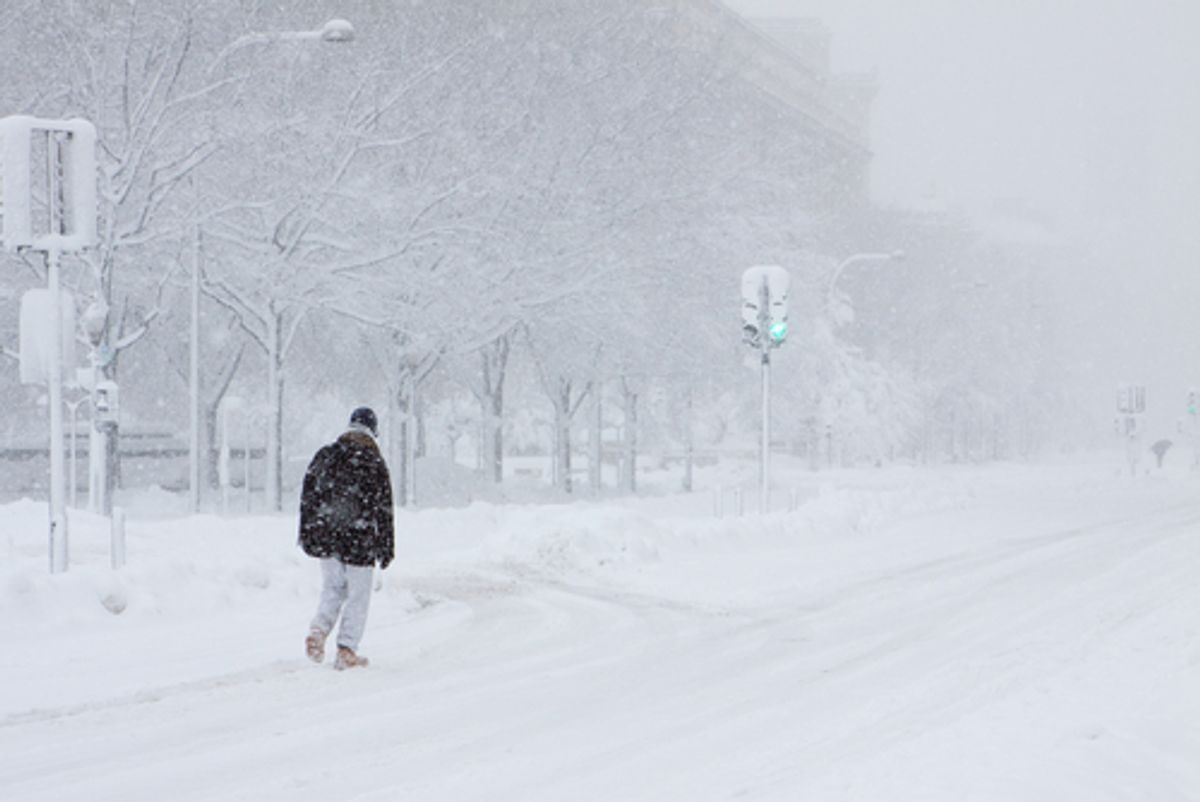 Neither wind nor snow nor government shutdown could keep Rapid City, S.D.'s National Weather Service (NWS) meteorologists from showing up at the office during the unseasonably early blizzard that hit the region with record-setting snowfall this weekend. Climate Central got its hand on a memo sent from Rapid City's NWS forecast office to Central Region Headquarters Sunday morning (they also decoded some of the abbreviated language for us):

Access to the office is still blocked. Two employees were able to hike in around some obstructions, but it is not possible to drive out of the parking lot due to snow drifts and downed trees in the neighborhood. The SOO (one who hiked in) is attempting to take two stranded employees home this morning. One forecaster hiked in for his mid shift last night, and I sent him home so he can come back tonight. Of the three who are on duty at this time, two have been here since 7 a.m. Friday, and I have been here since 3 p.m. Friday. We have two NWR (NOAA Weather Radio) transmitters down: Terry Peak and Rapid City. We have three ASOSs (Automated Surface Observing Stations) down: IEN (Pine Ridge, S.D.), RAP (Rapid City, S.D.), and PHP (Philip, S.D.).

We are on commercial power which has been stable since yesterday evening. Rapid City is pretty much paralyzed, and recovery and repair operations are in full swing. We have heard that the governor called in the national guard. Conference call briefing expected to take place later this morning. There is some concern about the potential for flooding with temperatures warming up quickly tomorrow and melting off the large snowpack. we have 1 to 4 inches of liquid equivalent on the ground and a big rain storm in the models for Friday. 8:09 a.m. MDT

The Washington Post's Capital Weather Gang identified the memo's author as David Carpenter, who told them that four forecasters spent the weekend in the office, napping between shifts.

It's good to know that weather forecasters take their jobs so seriously, especially during an emergency -- as of today, thousands of South Dakotans remain without power, and at least four deaths have been attributed to the bad weather. But seriously, someone should pay these guys.