Castoffs and leftovers: The mixed benefits of working for a white family

When my mom became a nanny for white children, I learned what proximity to privilege gives, and what it takes away 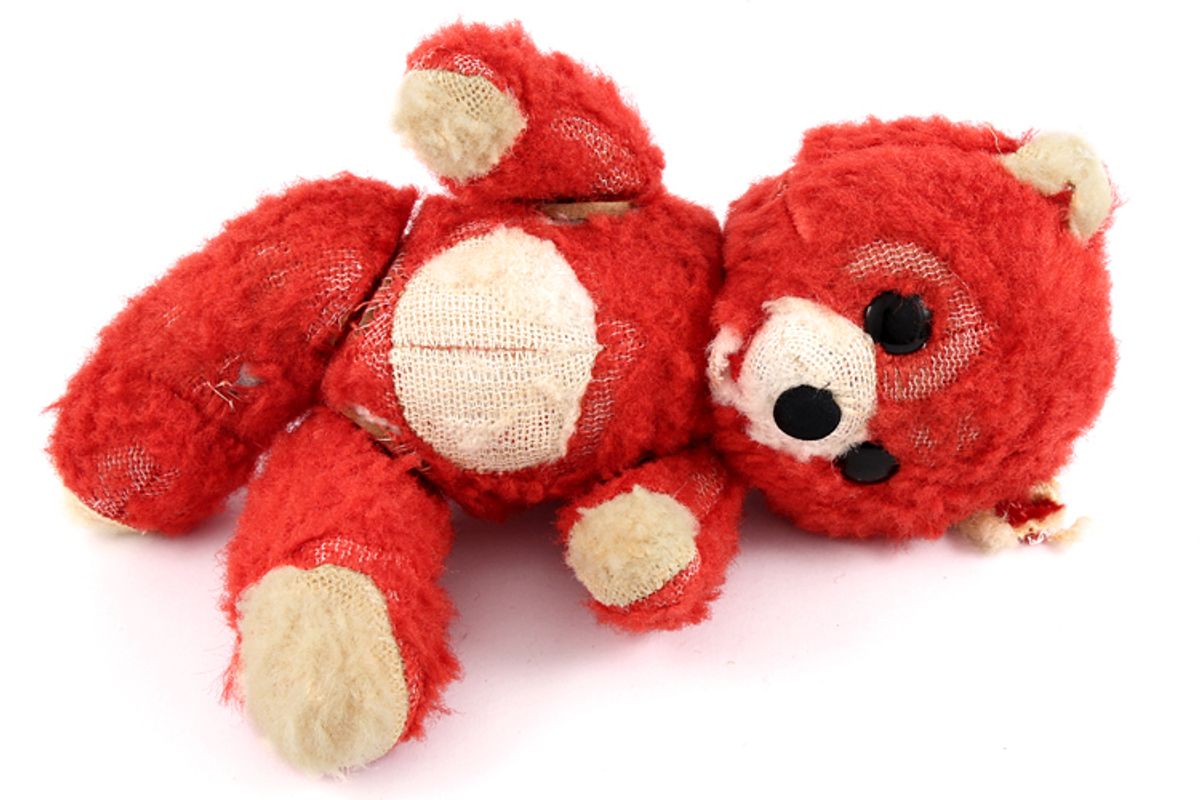 Throughout my life, I've experienced white privilege by proxy. By surrounding myself with rich white people I have gained access to a lot of relief, food, education, clothes, you name it -- just because I was near them.  This isn’t new by any means.  The house slave was often treated better than the field slave, and so the domestic servant is treated better than the migrant worker in the fields, and so it has passed on through the Latino and Afro-Caribbean diasporas in the United States.  I didn't understand as a child why my father was so relieved to hear my mother had found work in a wealthy white woman’s home.  My mother had a degree – she was a certified accountant in El Salvador.  But here she was, grateful to have a job working closely with a white family that would treat her a lot like the nanny-dog in Disney’s "Peter Pan."   It took a while for me to understand.

My mother used to take me to work with her in the summer, so I would play with the white children.  I learned English this way at a young age.  The white children passed on their castoffs to me.  If a rich child didn’t like his or her toy, it was mine.  If a rich child grew out of clothes, it probably wouldn’t fit me, but my mom knew someone with a baby would appreciate it.  If the rich family couldn’t finish all their food, we ate it.  Always rich people leftovers, which to be honest were always better than our first-overs.

It drew attention in our little Salvadoran community that my mother was working for generous and careless white families. Other immigrants, who were not so lucky, would ask us to keep an eye out for certain goods. I remember a very pregnant women coming to my mother and asking her to see if one of the families would soon be throwing out some baby clothes or a car seat. My mother could look into it. The pregnant woman, who worked in a meat factory, would have no way of having such goods just fall into her hands otherwise. The trickle-down economy of whiteness was extremely difficult to come by and everyone knew where the current drips were concentrated.

My mother never in her life referred to “when I grow up.” I didn’t know what college was. I didn’t know that I would really have options. I didn’t know about the future. My parents never asked me about my hopes or predicted a life for me, because as far as they knew the future didn’t include me. One day, we too would be cast away, like so many meals, toys and leftovers. “Mommy, I don’t like them anymore,” the white child might say, and who knows where we’d end up then.

The trickle of white surplus we had run into was tenuous and never guaranteed. We frequently moved and never looked back. White motherhood, and the white feminist dream of “having it all” – having a career and having a family – often depends on the subjugation of women of color. These women have to sell not only their time, but their love, and indeed their own children. My mother could not raise us. I could not afford my mother’s care. I was competing with a handful of extremely wealthy women from Palo Alto, Atherton, Mountain View and Menlo Park, for what could have been my mother. When she came home she was controlling, abusive, vindictive.  Cheeky white children had tried her patience for hours on end and she had none left for me. I would not be attending any extracurriculars or having a home-cooked meal. I had been pushed out of the market for my own mother so that a white woman somewhere could raise her well-rounded children. I got the sour ends, leftovers once again, of someone else’s memory of a great nanny.

I remember fantasizing that one day my mother would be very old and estranged from me. I would have escaped her clutches like a rabbit running into the woods. She would be driving alone in her minivan to yet another family’s house in the California foothills. She’d be looking for a woman who called her recently looking for help. She wouldn’t know exactly how many kids or how much cleaning, but she’d know the pay would be good. She’d pull into the driveway and see no traces of children from the yard. No slides or tricycles. She’d knock on the door and there I’d be, a full-grown woman. “Go on,” I’d say in Spanish. “Raise me right. I’m paying you this time."

I did escape them, just like I fantasized. I went to a good white college, and white children continued to cast away their goods to me.  At the end of the semester, white children left the dorm fridges full, furniture strewn across the laundry room. Go have your pickings, I’d think to myself, the white children have left this for you.

The worst was when there was too much, and I no longer knew anyone to give it to. It wasn’t like when I still talked to my parents and mingled with the diaspora. Now I was isolated from those people who used to come to my mother hoping for castoff goods. I had a feeling of utter helplessness staring at the mountains of microwaves, water heaters and ergonomic chairs. Privilege by proximity to white wealth meant I could get the chairs and electronics if I needed them. But it increasingly meant I wasn’t near the people who needed the castoffs the most anymore. The chasm widened as I got older. As one approaches whiteness, whiteness surrounds and attempts to erase whatever else existed in its place.  Languages, families and countries are destroyed in its wake.

The effects of what my father would call white American terrorism destroyed El Salvador during the late '80s and early '90s. But the victims weren’t limited to the dead. My father also talked about the problem of the “undead” – those who were dead inside but were forced to live on long after their passions and dignity had been taken from them. This existence rendered one inevitably the servant of the conquerors. You had no choice but to belong to them in one way or another, to approach them, to assume proximity to them.

The proximity we find in white houses as women of color, as domestic servants and household help, follows much the same rules of erasure my father explained to me when I was a child. My father, a vocal Marxist and critic of the United States, used to scream at the television after having spent hours at work or looking for work. I asked him, "Why did we move here if it’s such a horrible place, if the Americans did such horrible things to your country?" (I didn’t see it as my country – I barely even had a memory of it.)

Olivia Olivia is a Salvadoran American writer living in Portland, Oregon. You can find her writing on Jezebel, Salon, and the Rumpus.