Pollution may force Vatican to limit visits to the Sistine Chapel 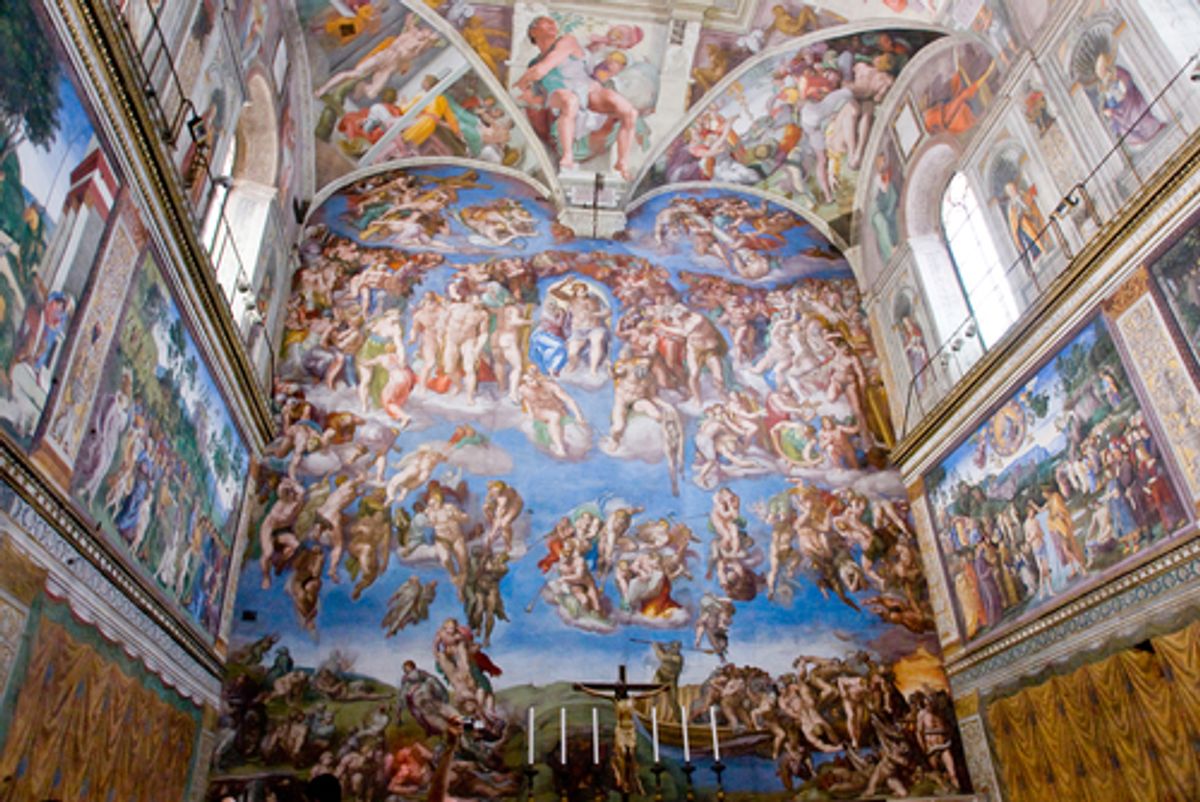 The enormous mass of people who cram daily into the Sistine Chapel (as many as 20,000 a day at high season) are, by their mere presence, causing enough pollution to slowly wear away at the museum's priceless frescoes. In an attempt to address the issue, the Vatican is installing new state-of-the-art air conditioning and air purification systems. But if that doesn't do the trick, reports the Associated Press, it may have to start addressing the problem at its source:

Antonio Paolucci [head of the Vatican Museums] told a conference Thursday that he was confident the new system, which is expected to be operational at the end of 2014, would curb the dust, humidity and carbon dioxide that are dulling Michelangelo's frescoed masterpiece.

But if the new system doesn't work, he says he would be forced to impose the "painful" solution of limiting visitors.

Crowd control, if it comes to that, might go over even less well than the "unsightly" air pollution detectors that were first installed two summers ago, after scientists discovered that the walls were covered in particles that could harm the paintings. But tourists might have to face the fact that packing 4 million visitors each year into a small space filled with very old artwork just isn't very sustainable.