Fourteen states and Washington, D.C., currently recognize equal marriage, and three more may be on the verge 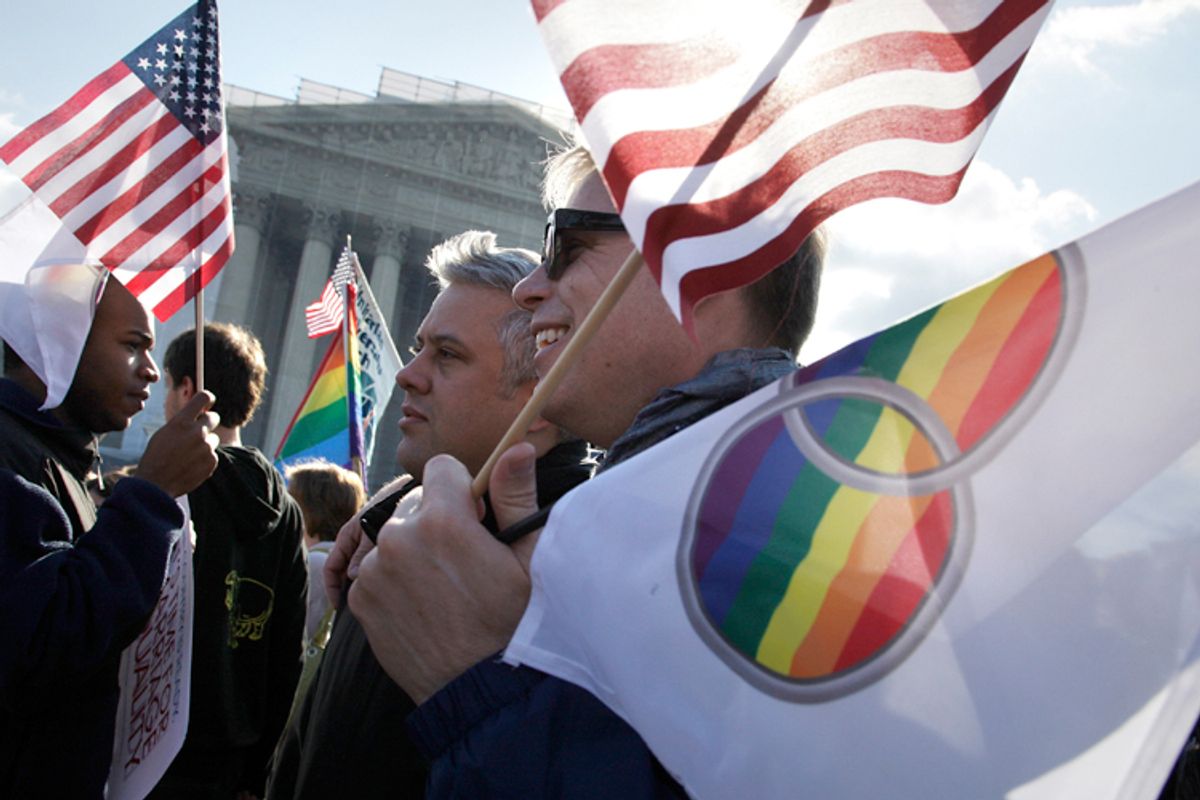 This time last year, only six states had marriage equality laws on the books. Flash forward 12 months and that number has risen to 14 (plus Washington, D.C.), meaning that 33 percent of Americans now live in a state that recognizes equal marriage.

That's a lot of change in not a lot of time. And more could be on the way, according to James D. Esseks of the American Civil Liberty Union.

As he notes over at the Huffington Post, there are three more states that may be on the verge of marriage equality:

The New Mexico Supreme Court will hear oral arguments on Wednesday, October 23, in our case seeking the freedom to marry for all New Mexicans. The ACLU and the National Center for Lesbian Rights represent six same-sex couples in the case in which we succeeded in getting an emergency order allowing Jen Roper and Angelique Newman to marrybefore Jen's terminal brain cancer made that impossible. A decision could come at any point after the argument, and I'm betting it will be quick.

The governor of Hawaii has called the legislature into a special session, starting Monday, October 28, to take up a freedom to marry bill. The ACLU of Hawaii, which has brought its decades of experience in the state legislature to this effort, has taken a lead role in a coalition of state and national partners pushing for the bill. We are quite hopeful about passage.

After coming close to passing a marriage bill last spring, we are pushing for the House to take up the bill again in its "veto" session that starts on October 22 and could run through November 7. The ACLU of Illinois, much like our team in Hawaii, is using its long-standing experience and connections in the state legislature to pull together the votes we need, and has hired noted Republican lobbyists to bring bi-partisan support to this issue of basic American fairness. We are also pursuing marriage through state court litigation, so that if the legislature doesn't pass the bill, we will win the freedom to marry through the courts.