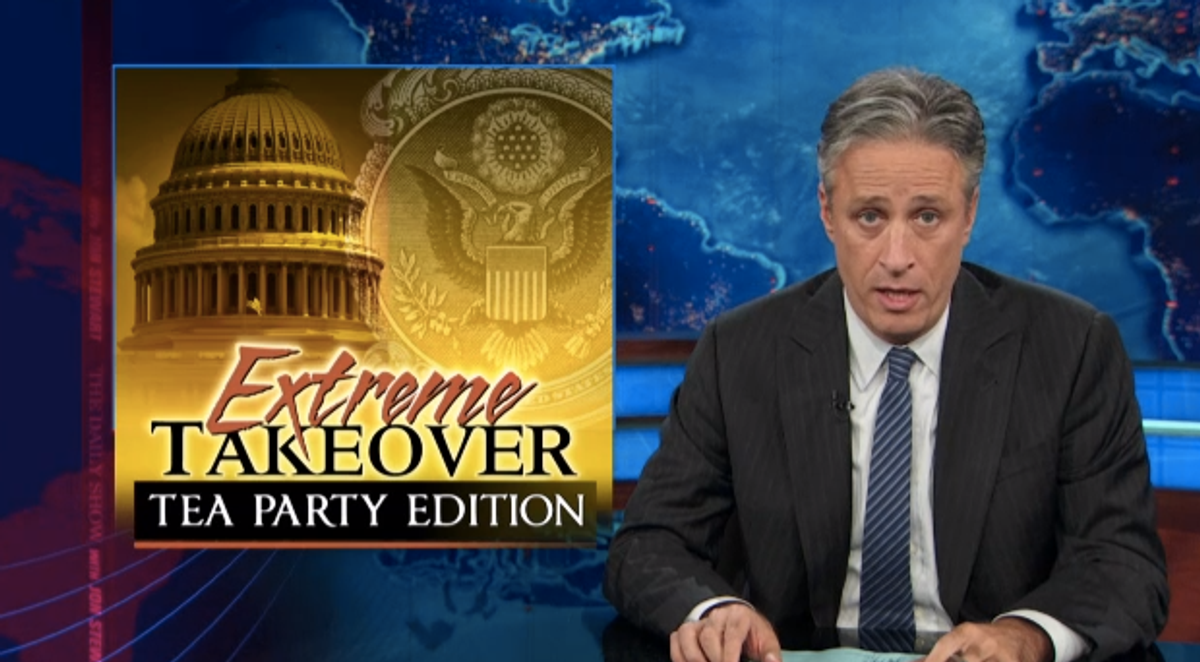 Who were the real victims of the government shutdown? Not the "cancer patients whose treatment was delayed," and certainly not the "fame-whore panda cam pandas," "Daily Show" host Jon Stewart quipped, but Republicans, who have the lowest approval score ever recorded for either party by Gallup.

"It turns out that when you shut down the government for two weeks in order to obtain nothing, people don't like that -- it hurts the Republican brand," said Stewart.

The disapproval has predictably created a divide within the GOP -- between the once-harmonious Tea Partyers, who pushed the shutdown forward, and other House Republicans. Former White House Deputy Chief of Staff Karl Rove is among those Republicans complaining about the renegade group -- but Stewart reminds audiences that Rove, whose PAC Conservative Victory Project bred ideologues, is partially responsible for getting Tea Partyers so much power. "It's as though the entire misguided shutdown affair was a culmination of a decade-long strategy to rile up and politically engage the most rigid and ideological pockets of the Republican Party," said Stewart. "Which is why Karl Rove has no right to complain about all of these radicals ruining his nice Republican Party -- because he's the one who invited them."

“You opened Pandora’s Box,” Stewart said. “You were the guy who gave the Mogwai a post-midnight all-you-can-eat buffet. You don’t get to complain that now the party’s overrun with gremlins.”