Hazardous smoke reaches most of the United States, a report found 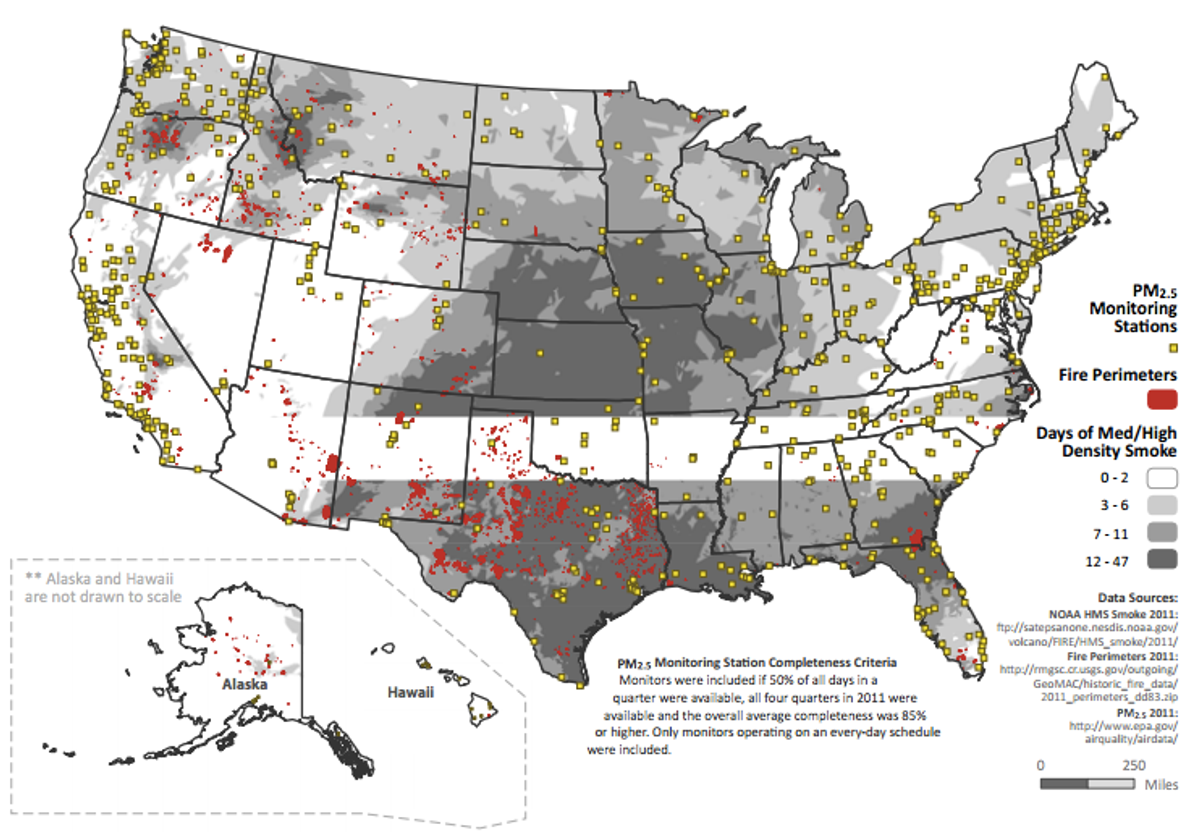 2011 was a nasty year for wildfires, with 28 U.S. states directly threatened by blazes within their borders. But the area affected by smoke, according to a new report from the Natural Resources Defense council, was 50 times greater than the area burned by fire.

Two-thirds of Americans -- nearly 212 million people -- were indirectly affected by wildfires in 2011, as the result of air pollution from wildfire smoke. As shown in the above map, fine particulate matter (PM2.5), the component of smoke most damaging to human health, was detected in counties hundreds of miles away from fire sites. Medium- to high-density smoke conditions were measured in six states that hadn't experienced any major fires.

"Until now, when we think about health consequences of fires, we’ve been mainly concerned about the very real and sometimes deadly risks faced by firefighters and others directly impacted by the flames,” said Patrick Kinney, the director of Columbia University's Climate and Health Program. As smoke can induce asthma attacks and pneumonia, as well as exacerbate chronic heart and lung disease, the indirect impact is much more massive than we've realized.