It's not just Jay Z: Luxury brands need to fight racial profiling too

The star gets blamed for not taking a stand on Barneys' racial profiling, but what about Ferragamo? 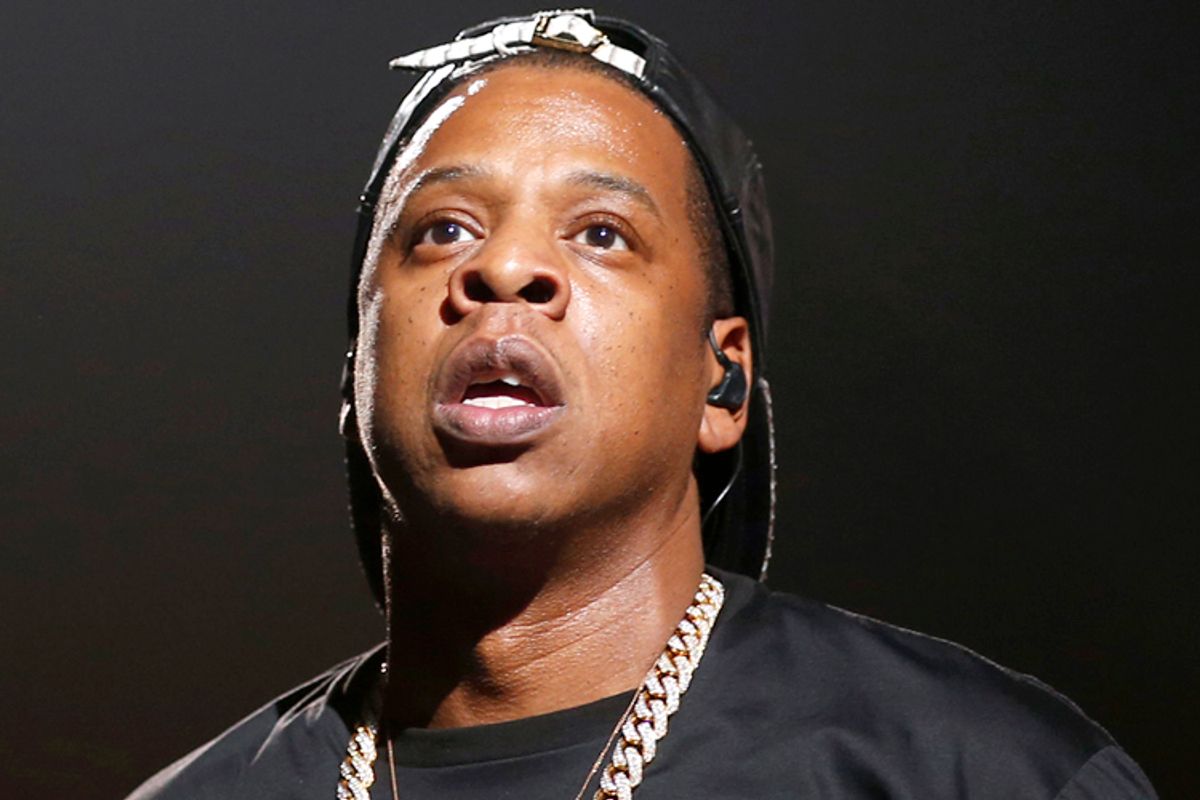 The outrage isn't over anything Jay Z's done. It stems from what he isn't doing. But should the rap mogul be expected to end his new collaboration with Barneys because of how it treats its customers?

Pressure on the recently unhyphenated star has been mounting ever since recent revelations of two separate incidents of apparent customer racial profiling came to light. First, last week 19-year-old Queens student Trayon Christian revealed that two undercover NYPD detectives handcuffed him and detained him at police headquarters when he purchased a $350 Ferragamo belt there with his debit card. Christian says police asked him, "How could you afford a belt like this? Where did you get this money from?" and told him, "Someone at Barneys called to report it." Christian later returned the belt, saying, "I’m not shopping there again. It’s cruel. It’s racist." Then, 21-year-old Brooklyn nursing student Kayla Phillips came forward with her story of being "surrounded by cops" after buying a $2,500 Céline handbag there last winter. "They kept asking me what I bought and saying, 'Show us your card,'" she says. Both shoppers now have lawsuits pending against the store.

Barneys has said that "no employee of Barneys New York" was involved beyond ringing up the sales, and that it has "zero tolerance for any form of discrimination." But the troubling incidents have led to questions about Jay Z's involvement with the store for an upcoming retail partnership – one in which 25 percent of the proceeds have been earmarked for his Shawn Carter Foundation, a charity that provides scholarships to economically underprivileged students.  A Change.org petition, noting that "minority buying power is devalued by some" and asking Z to withdraw his support for Barneys, has already garnered several thousand signatures, and several newspaper editorials have made a similar call.

But this weekend, Jay Z affirmed his partnership, in a highly defensive statement in which he said, "I move and speak based on facts and not emotion. I haven’t made any comments because I am waiting on facts and the outcome of a meeting between community leaders and Barneys. Why am I being demonized, denounced and thrown on the cover of a newspaper for not speaking immediately?" And he adds, "This money is going to help individuals facing socio-economic hardships to help further their education at institutions of higher learning. My idea was born out of creativity and charity … not profit … Making a decision prematurely to pull out of this project, wouldn’t hurt Barneys or Shawn Carter, but all the people that stand a chance at higher education. I have been working with my team ever since the situation was brought to my attention to get to the bottom of these incidents and at the same time find a solution that doesn’t harm all those that stand to benefit from this collaboration. I am against discrimination of any kind, but if I make snap judgments, no matter who it’s towards, aren’t I committing the same sin as someone who profiles? I am no stranger to being profiled and I truly empathize with anyone that has been put in that position. Hopefully this brings forth a dialogue to effect real change."

His argument, well-intentioned and ultimately correct though it may be, does however lack much of Jay Z's usual flair. He could easily have asserted his intention to maintain his relationship with Barneys while issuing a firmer statement on retail profiling, and directly addressing the two customers who were targeted by security. And it's further evidence that Jay Z, who two years ago embarrassingly tried to make a profitable fashion statement out of the "Occupy Wall Street" movement, isn't always at the top of the sensitivity game. Yet just because he didn't quite take a strong enough stance – at an awkward moment when he's trying to raise awareness for his scholarship cause – is no reason to assume the failure here is entirely Jay Z's.

Because Jay Z is a high-profile African-American entrepreneur and because he has a big upcoming collaboration with a store that may have a problem with African-American shoppers, of course it's worth asking the guy about what he thinks of all this. And it's worth leaning on him to lean on Barneys to make damn sure it's not punishing customers for the crime of shopping while black. But it's a mistake to assume that addressing racial profiling should only be the work of minorities. Why should the responsibility for righting the wrongs of Barneys fall squarely on Jay Z's shoulders? Pardon my asking, but isn't placing certain expectations upon people based almost entirely on the color of their skin pretty much exactly what the lesson in all of this should not be? Why aren't we asking Céline, the French house that makes those $2,500 handbags, to tell Barneys that it will reconsider selling its wares in their stores if their loyal customers are being targeted and harassed? Where is the pressure on Ferragamo right now?

Profiling is an embarrassment to everybody. We need the luxury brands to take a stand on it, and customers of all colors to make it clear that they won't support retailers that do it. We need more than blaming Jay Z. Because if we demand he take a stand and don't even expect anybody else too, we're essentially telling the world that it's up to an African-American man to fix a problem that it sure looks like a bunch of white people made.