These treats are all contributing to the rain forest's destruction 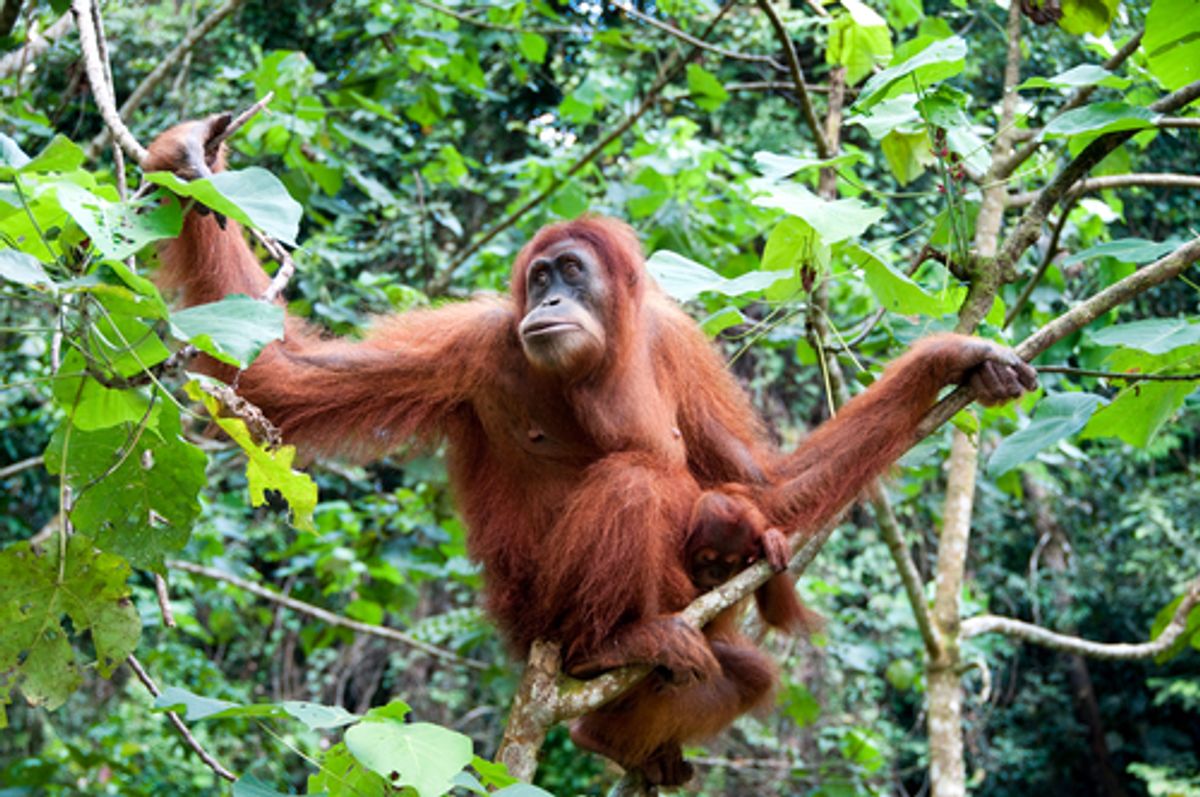 Halloween is traditionally a day for overlooking some inconvenient truths about mass-produced candy. For this day only -- with a few cranky exceptions  -- we're supposed to overlook obesity, diabetes, cavities, etc., in favor of eating as much of it as possible.

Unfortunately, Rainforest Action Network isn't letting us off the hook. The environmental group is using the holiday to draw attention to the controversy surrounding the palm oil industry, which supplies many of the top snack food companies and has the unfortunate consequence of destroying the orangutan's rain forest habitat. The industry has also been implicated in human rights violations, including the use of child labor.

But RAN's focus is mainly the orangutans. Palm oil plantations in Indonesia and Malaysia are helping to drive the world's 60,000-some remaining great apes to extinction, according to their campaign. In a recent report, the group identified what they call the "Snack Food 20": major companies that use palm oil products. The list includes a number of brands behind Halloween treats, including Mars Inc., Nestlé and the Hershey Co.

Not every candy produced by these companies is implicated in orangutan deaths. The El Paso Zoo in Texas released a list of palm oil-free treats that includes Hershey's chocolate bars, Mars' M&Ms and Nestlé crunch bars. In other words, most of the best candy. Here are the ones to avoid:

It should be noted that Mars, which produces the majority of products on the list, told CNN it plans to use 100 percent certified-sustainable palm oil by the end of the year. With a little added pressure this year, we should be able to enjoy its candy (mostly) guilt-free by next Halloween.