"It's supposed to be white with white. Black with black ...That's what the KKK stands for," said the mother 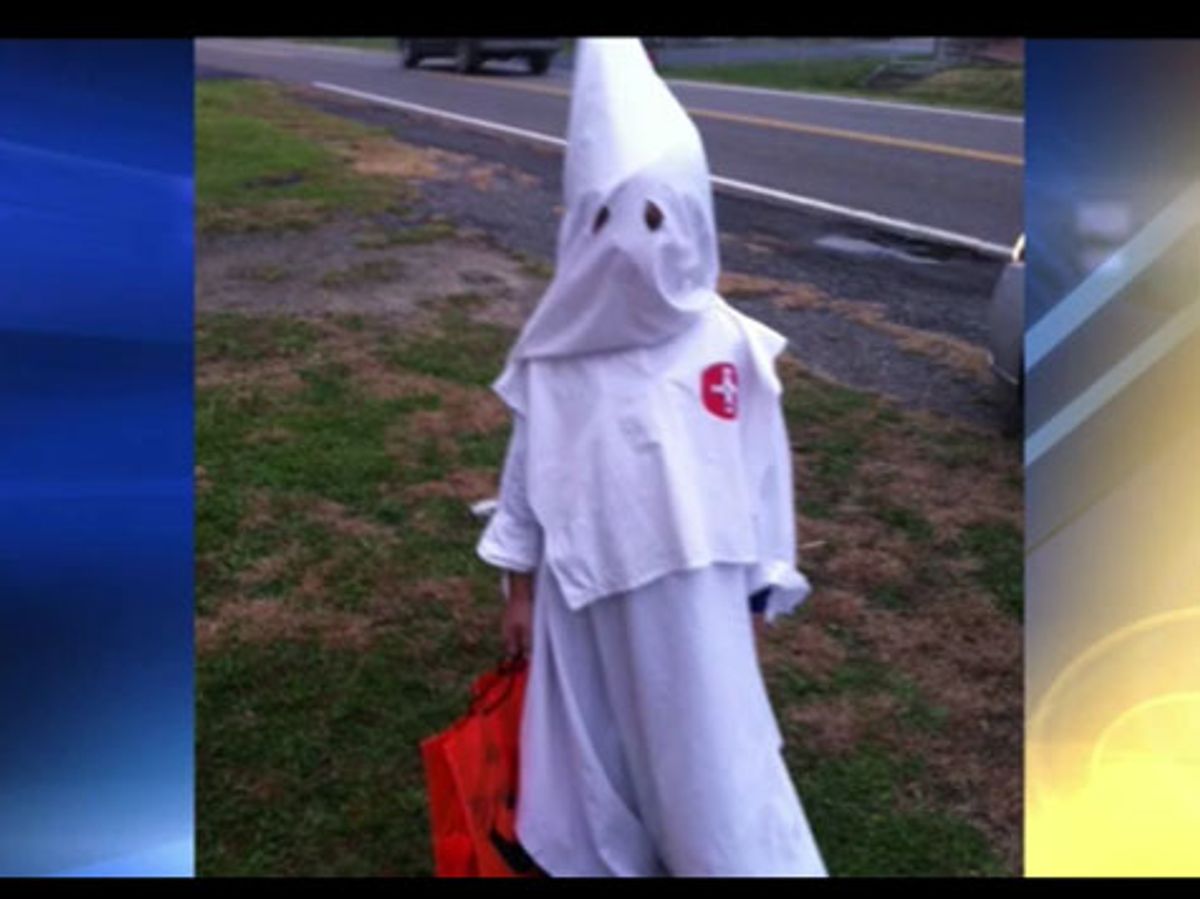 This year's most offensive Halloween costume "winner" is doting mother Jessica Black of Craigsville, Va., who was just upholding a time-honored family tradition when she decided to send her 7-year-old son out as a KKK member. "My brother was [a Klansman] when he was in kindergarten and when he was 13," Black told WHSV.

Her son Jackson apparently saw the white supremacist costume in the movie "Fried Green Tomatoes" and made his mom proud when he asked if he could dress up at a Klansman for Halloween "cuz it was cool."

Though everyone who is not racist is outraged by the costume, Black defended her position. "It's supposed to be white with white. Black with black. Man with woman and all of that. That's what the KKK stands for. The KKK every year, raises money to donate to the St. Jude's," she said, explaining that the KKK still has a presence in Craigsville.

When reporter Anna-Lysa Gayle asked the child if he would still wear the costume though it's offensive, Jackson responded, "Yes."