"All I can do now is apologize and move on" 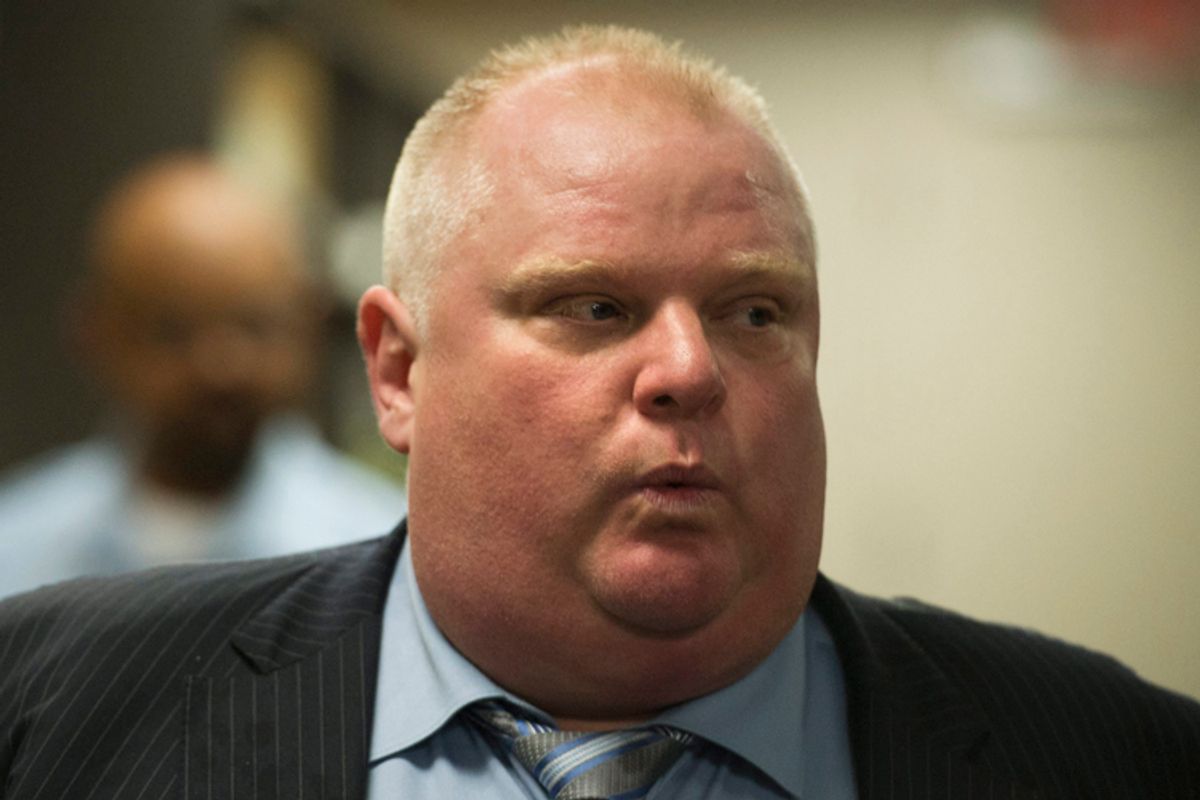 Toronto Mayor Rob Ford admitted on Tuesday to smoking crack in his past, apologizing and saying he did it while in one of his "drunken stupors," according to a report from CTV News.

"Yes, I have smoked crack cocaine. But I am not an addict," Ford told a group of reporters at Toronto City Hall. Ford said it was about a year since he had smoked crack.

"I've made mistakes," Ford said. "All I can do now is apologize and move on."

The bombshell revelation comes days after Toronto Police Chief Bill Blair said police had recovered a video that's been reported in the media as showing the mayor smoking from a crack pipe.

Ford said there were a "couple of isolated incidents" when he's been in a "drunken stupor."

He called on Blair, once again, to release the video.

"I don’t' even recall there being a tape and a video. So I want to see the state that I was in. I don’t know what else I can say."