The 19-year-olds were voted "best dressed" 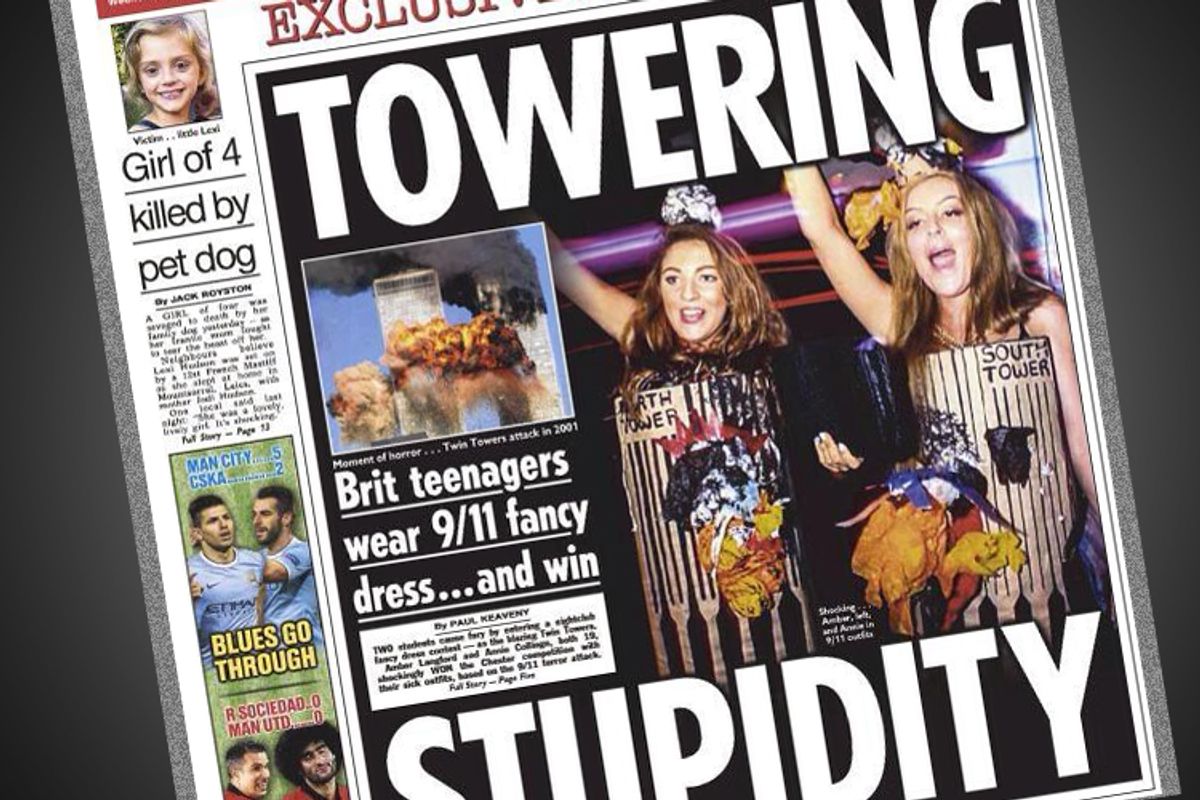 British tabloid the Sun is sticking it to two 19-year-old University of Chester students, Amber Langford and Annie Collinge, who thought it was a good idea to dress up in "Sexy" 9/11 costumes for Halloween. Dressed as "North Tower" and "South Tower," the women even wore headpieces with model airplanes, American flags and figurines depicting people falling to their death. The only thing more offensive than the costume was that their stupidity was validated by a crowd at Rosie's, a local nightclub, which awarded the ladies a cash prize of approximately $240 for being the "best dressed" at a Halloween contest.

Both the the University of Chester and Rosie's parent company, Stonegate, have launched an investigation into the incident. Langford's father, a retired pilot who was flying in the U.S. at the time of the attack, was reportedly upset with his daughter and pledged to have a “little chat” with her.

The women have since issued an apology, saying, "We never meant to be offensive, but we apologise if any offence was caused. The idea was to depict a modern-day horror that happened in our lifetime and was not intended as a joke."