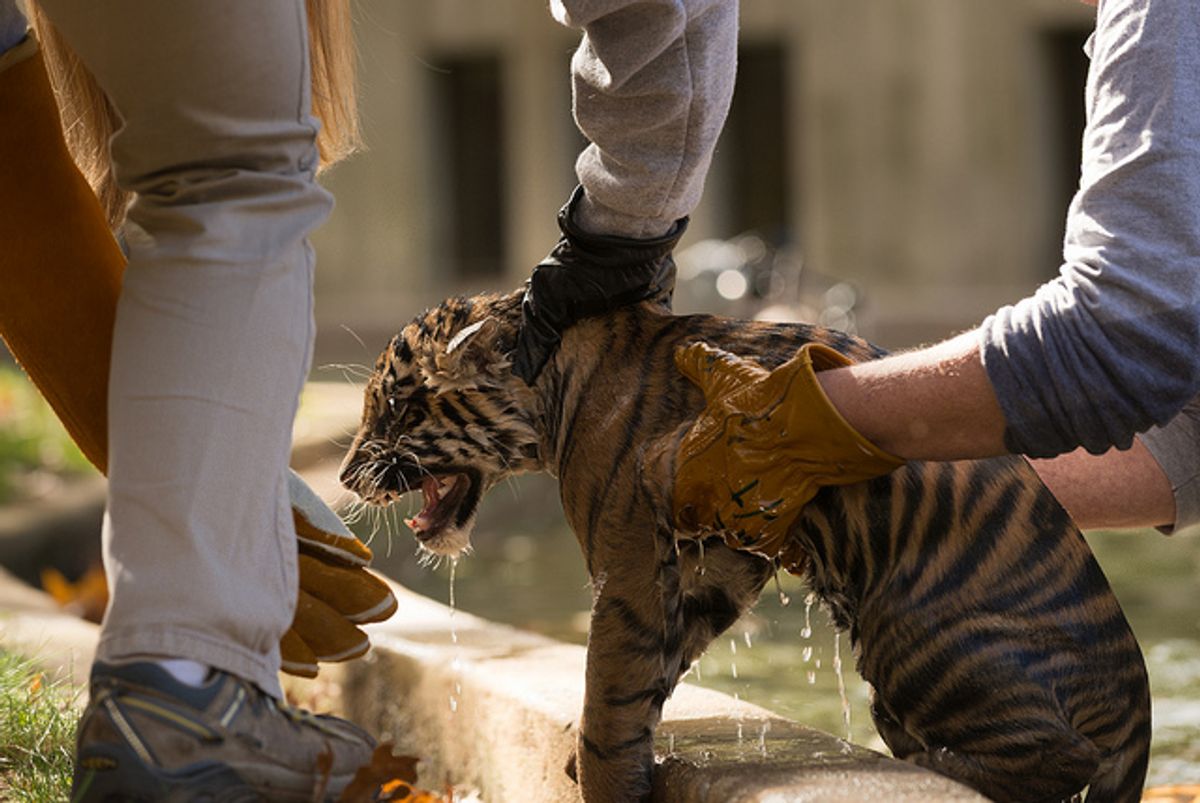 Before they'll be permitted to bask in the glow of an adoring public, the National Zoo's two Sumatran tiger cubs had to prove they weren't going to accidentally drown in front of everyone. So on Wednesday, keepers tossed them into their exhibit's moat:

“Tigers are one of the few species of cats that enjoy taking a dip in water,” assures Craig Saffoe, the zoo's curator of Great Cats. The moat, 9 feet at its deepest, was put in place to help protect visitors, but is seen as a hazard for the young animals.

Sumatran tigers are considered critically endangered by the International Union for Conservation of Nature; fewer than 500 are estimated to exist in the wild. The male and female cubs, Bandar and Sukacita, were the first litter born to the zoo since 2006. Fortunately, they seem to have this swimming thing down.

Check out photos from the swim, courtesy of the National Zoo: