James Comstock called Iowa cops when his son took off with his truck; the 19-year-old was shot dead in the vehicle 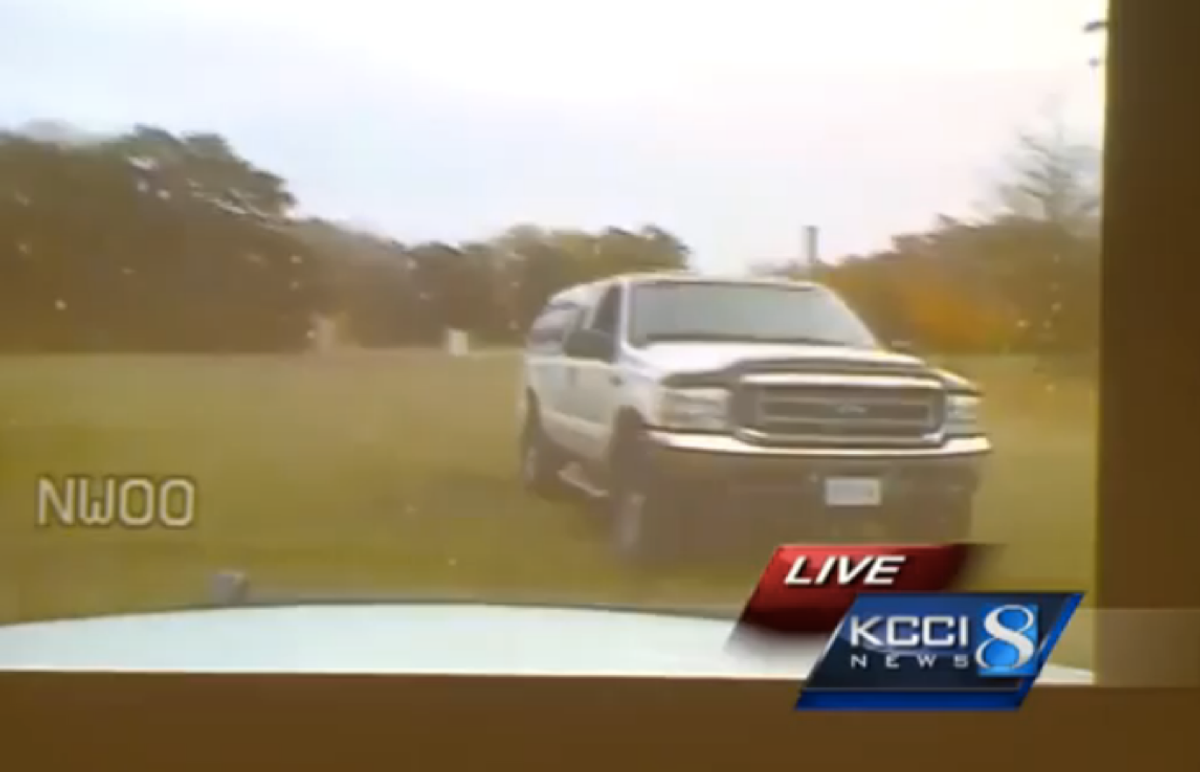 Cops in Ames, Iowa, shot dead 19-year-old Tyler Comstock after his father, James, reported his van stolen. The teen had driven off with the van following a family dispute.

Police chased Tyler Comstock onto the Iowa State University campus and set up a blockade that resulted in Comstock ramming Officer McPherson’s vehicle. McPherson ordered Comstock to shut off his truck, and when he refused to comply, McPherson shot at him six times.

The Iowa medical examiner’s office says he was killed by two gunshot wounds to the chest.

Comstock's father reacted in horror to the tragic turn of events; yet another addition to the pantheon of trigger-happy cop killings. "He took off with my truck. I call the police, and they kill him,” he said.

The footage below was recorded from the car dashboard of the officer who shot Tyler Comstock: