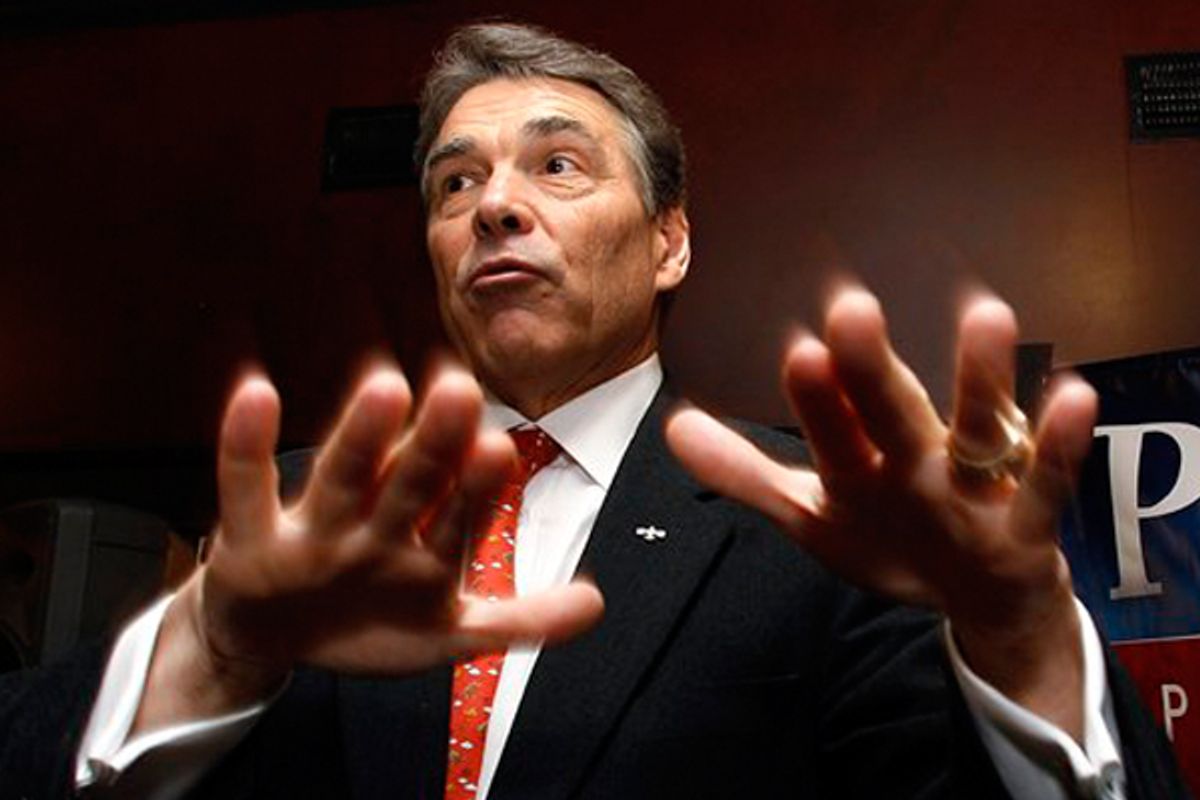 Texas is one of six states, including Georgia, Louisiana, Mississippi, Oklahoma and West Virginia, that are refusing to comply with a Pentagon order mandating that the spouses of gay National Guard members receive the same federal marriage benefits as heterosexual military spouses.

Defense Secretary Chuck Hagel has been openly critical of Texas and other states for their refusal to comply with the directive, which he says is a violation of federal law. "Not only does this violate the states' obligation under federal law," he said last week, "their actions have created hardship and inequality by forcing couples to travel long distances to federal military bases to obtain the ID cards they're entitled to."

But, as the New York Times notes, state officials like Oklahoma Gov. Mary Fallin appear undeterred. Last week, Fallin said that her state's discrimination against gay military families “protects the integrity of our state Constitution and sends a message to the federal government that they cannot simply ignore our laws or the will of the people."

Officials in the six states say they are not preventing same-sex spouses from getting benefits, because those couples can register and receive IDs through federal bases. But those officials conceded that many couples would have to travel hours round trip to the nearest federal installation. Advocates for gay service members, though, fear that some benefits offered on bases, like support services for relatives of deployed service members, could still be blocked.

Moreover, gay spouses say that in an age that saw the scrapping of the military’s ban on openly gay service members, it is discriminatory -- and humiliating -- to have to jump through extra hoops to receive benefits.

[Alicia Butler, whose wife is a member of the Texas National Guard] is critical of state officials who say they are causing only a minor inconvenience because all the same-sex spouses have to do is travel to a federal base. The reasoning behind that notion, she said, was similar to that of the Southern states that once required separate — but what state officials then insisted were “equal” — water fountains and bathrooms.