The right's most outraged Twitter responses to a new, millennial-focused Obamacare ad 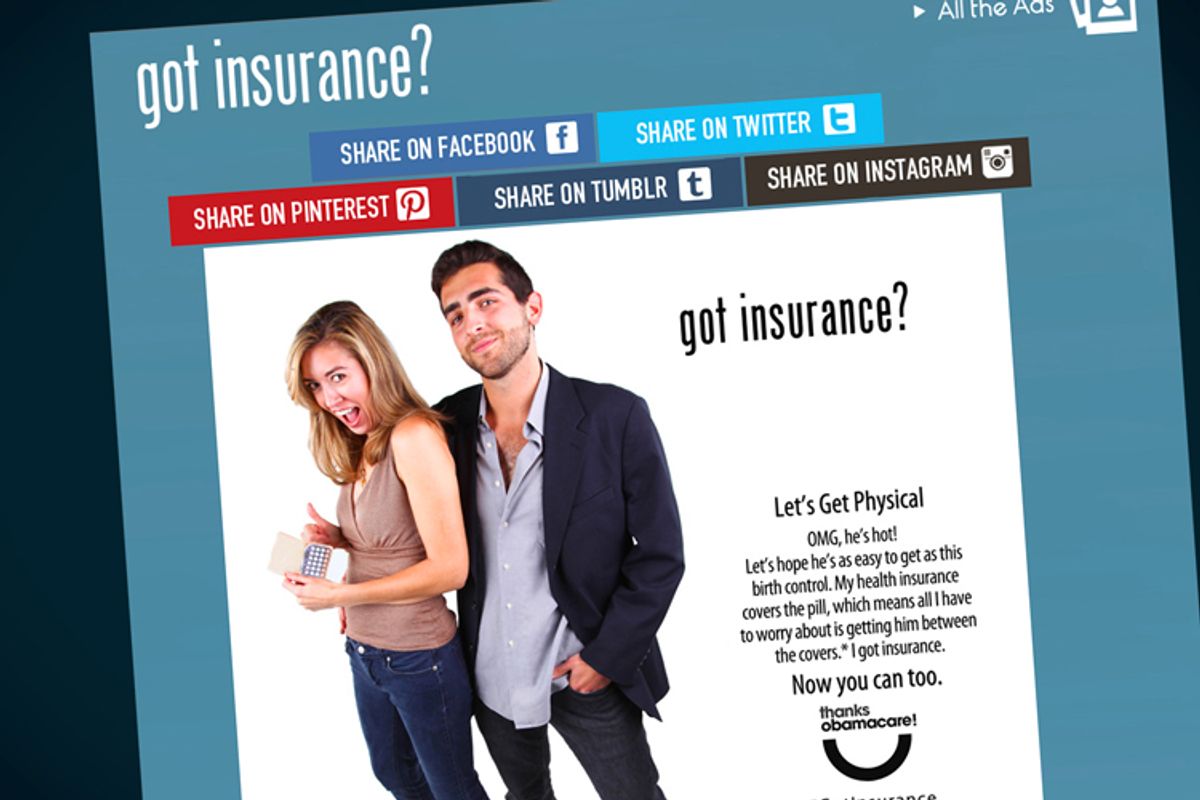 Remember the "brosurance" ad that got so much attention during the Congressional hearings over Obamacare's rollout? Well their makers are back with a new one, this time geared toward the ladies. The ad shows two relatively young-looking people — "Susie and Nate" who are apparently "hot to trot." "Susie" is holding what looks like a package of birth control and is giving the thumb's up sign. The ad's accompanying text reads:

Let's Get Physical. OMG, he's hot! Let's hope he's as easy to get as this birth control. My health insurance covers the pill, which means all I have to worry about is getting him between the covers.* I got insurance. Now you can too. Thanks Obamacare!

*The pill doesn't protect you from STDs, condoms and common sense do that.

Like the "brosurance" ad, this latest product from the Colorado Consumer Health Initiative and ProgressNow Colorado Education seems designed first and foremost to troll people — especially people who hate millennials and Obamacare. And on that score, judging from the online right's response, the ad can only be considered as an overwhelming success. While there was right-wing outrage to be found on the blogosphere, the most pure form of distaste was found, as always, on Twitter, where the idea of a young woman having casual sex is still very, very scandalous.

Keeping hoeing yourselves out ladies, Obamacare depends on it! http://t.co/s4r4UsaKK8

This is so incredibly disturbing. pic.twitter.com/WWe59aIty0

Well, I hope Sandra Fluke is proud of her lasting contribution to our discourse. https://t.co/dJwLV7pguE

The "you're a whore" ad for Obamacare. Wow. pic.twitter.com/IFf8O7MgCO

It's bizarre how some thing that being promiscuous is a requirement for enjoying sex. It isn't, so stop conflating.

This is an actual Obamacare ad. Democrats have somehow turned sex into a government entitlement. pic.twitter.com/oECxllIuZC