Predictably, a good piece about a philosophical battle among Democrats sparks an imaginary Warren-Clinton showdown 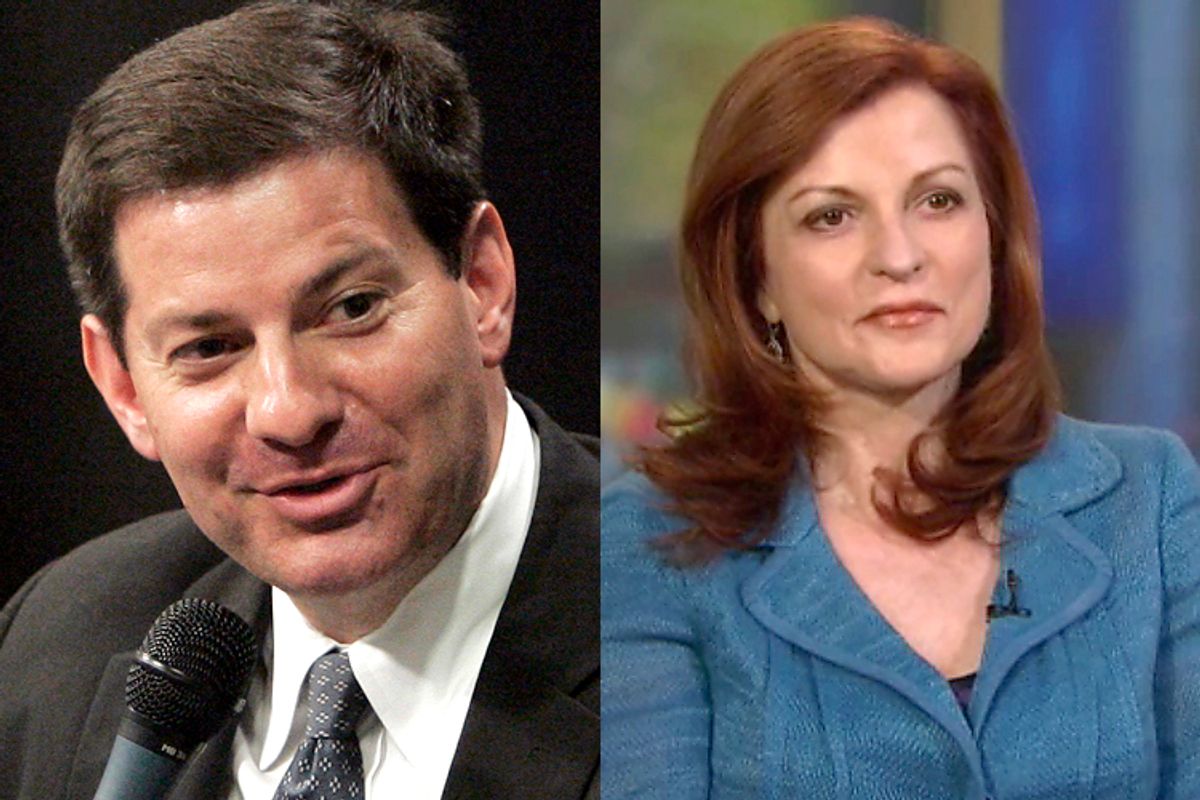 People -- horrible, soul-dead political media people who cannot help themselves -- have lately begun referring to a presidential campaign between Hillary Clinton and Sen. Elizabeth Warren as if it were a thing that was already happening, now, instead of a thing that could happen, perhaps, a few years from now. This is because a magazine made a cover story suggesting that this race could maybe happen, and while the story was smart, the cover was clearly designed to "spark conversation," and the conversation it sparked is by and large not as smart and interesting. (It is generally true in journalism that most of the conversations sparked by splashy magazine covers and provocative headlines are dumb ones.)

So, yes, it could happen. Sen. Warren could decide to run for president. Secretary Clinton could decide to also run for president. They could end up on opposite sides of a Democratic Party divide over money, finance and Wall Street. Those issues could dominate the primary campaign. It is also possible -- and Warren, remember, has denied wanting to run for president, while Clinton could still very easily decide it's not worth it to try again at her age with her health history -- that this race will not happen, at all. What bad pundits and analysts and cable news talking people are trying to do, really, is use an oversimplified, easy-to-grasp clash of personalities election story to attempt to understand a more complex, long-simmering, still mostly under-the-radar philosophical and strategic battle within the Democratic Party.

It's just easier when we're talking about two famous people than when we're talking about a history of competing organizations involving different, shifting networks and alliances. See, for us lazy political opinion types, Elizabeth Warren represents this big bucket containing "the left" and Occupy and the kids today and populism, and Hillary Clinton represents the other bucket with the Establishment and the moderates and business-friendly Democrats. These categories are vague, based much more on gut feelings than polling or data or even many of the policy positions of the people involved. In 2008, Barack Obama was the new and the young and the "cool" (and, obviously, the "diverse") to Hillary Clinton's old and "regular folks" (and ... "Heartland"). This is how Maureen Dowd and Mark Halperin alike conceive of campaigns of all stripes: as epic clashes of massive personalities representing obvious, pat binaries.

It's obviously more complicated than that. What If Warren doesn't run? She has said, after all, that she won't. ("Senator Warren has been clear that she is not going to run for president,” her press secretary just said this week.) Sometimes people who say that mean it. In that scenario, the race will be missing the personality representing that aforementioned fault line, but the fault line will remain. (Why wouldn't Warren believe that she could actually do more good in the Senate? There is always a strong need for not-awful senators.) While Warren's message is undoubtedly popular -- her specific middle-class- and Wall Street-related policy positions routinely poll amazingly well with voters in both parties -- something else that is popular among Democratic voters is Hillary Clinton. There's a chance that a presidential run against the Clinton machine would be so mud-soaked that Warren's positions would (once again) be relegated, by the press and by the party, to the "loony left" fringe just as Warren and her allies are painstakingly clawing their way to power within the party.

The Warren-Clinton war exists, right now, solely in the minds of pundits. The economic populist versus corpocratic Democratic rift is real, if still somewhat lopsided in terms of influence (and fundraising), and that rift will continue to exist regardless of which Democrats do or don't run for president. The media, as much as the left, want to draft Warren because "Warren versus Clinton" is nearly as exciting a make-believe action figure battle as "Christie versus Cruz" (though Christie and Cruz do at least seem to be two jerks who probably genuinely hate each other, giving that action figure fight a bit more verisimilitude). Warren's fans and admirers should probably take some deep breaths before they hop on board.