Lily Allen responds to criticism over "Hard Out Here": "I’m not going to apologize" 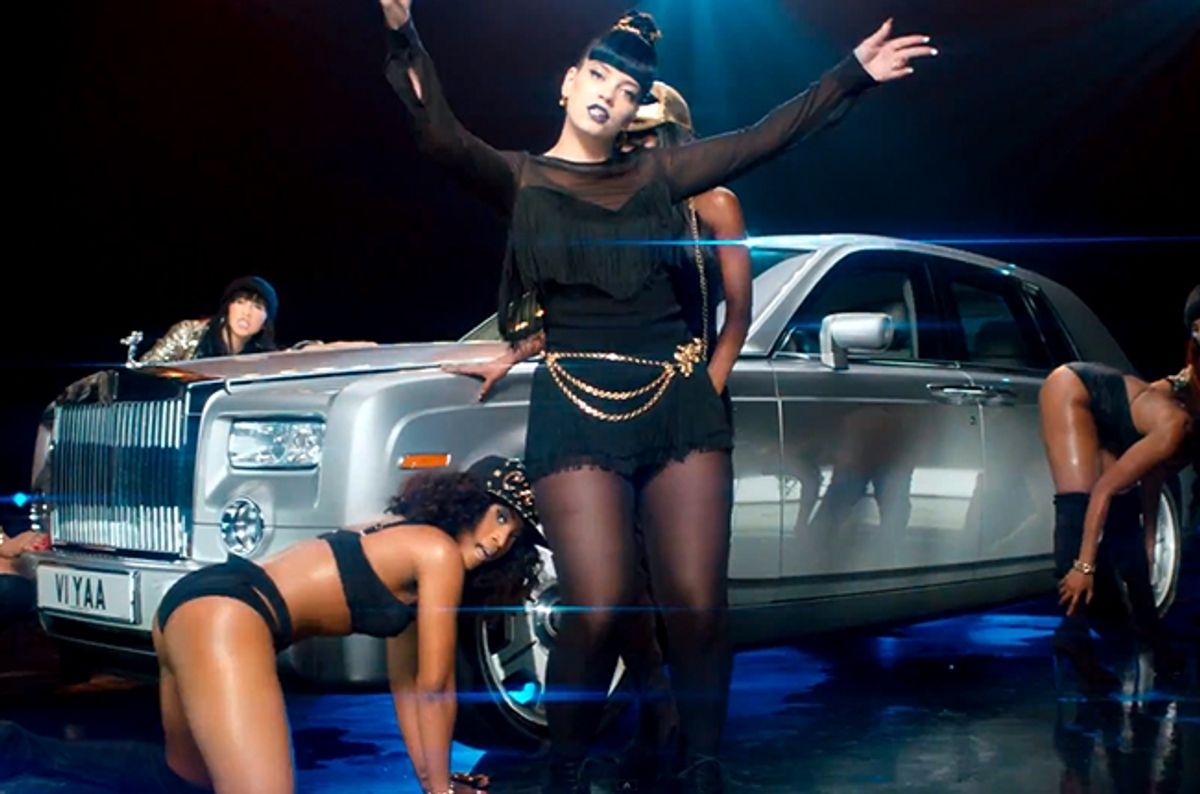 British electropop star Lily Allen has responded to the criticism surrounding her new single, "Hard Out Here," saying it's meant to be a "lighthearted satirical video that deals with objectification of women within modern pop culture."

As I wrote yesterday, while the video may succeed in satirizing the objectification of white women, it forces black dancers into the same roles they play in the videos Allen is attempting to criticize. Allen, however, defends the video in a post on TwitLonger:

1. If anyone thinks for a second that I requested specific ethnicities for the video, they’re wrong.
2. If anyone thinks that after asking the girls to audition, I was going to send any of them away because of the colour of their skin, they’re wrong.
3. The message is clear. Whilst I don’t want to offend anyone. I do strive to provoke thought and conversation. The video is meant to be a lighthearted satirical video that deals with objectification of women within modern pop culture. It has nothing to do with race, at all.
4. If I could dance like the ladies can, it would have been my arse on your screens; I actually rehearsed for two weeks trying to perfect my twerk, but failed miserably. If I was a little braver, I would have been wearing a bikini too, but I do not and I have chronic cellulite, which nobody wants to see. What I’m trying to say is that me being covered up has nothing to do with me wanting to disassociate myself from the girls, it has more to do with my own insecurities and I just wanted to feel as comfortable as possible on the shoot day.
5. I’m not going to apologise because I think that would imply that I’m guilty of something, but I promise you this, in no way do I feel superior to anyone, except paedophiles, rapists murderers etc., and I would not only be surprised but deeply saddened if I thought anyone came away from that video feeling taken advantage of,or compromised in any way.
6. Ask the ladies yourselves @shalaeuroasia @monique_Lawz @ceodancers @TempleArtist@SelizaShowtime @melycrisp

Allen, known for the self-aware and insightful lyrics in her other work, may have had good intentions with "Hard Out Here." But labeling something "satire" doesn't automatically make it satirical -- or helpful.