Must-see morning clip: Do not compare the Obamacare glitch to Hurricane Katrina, please 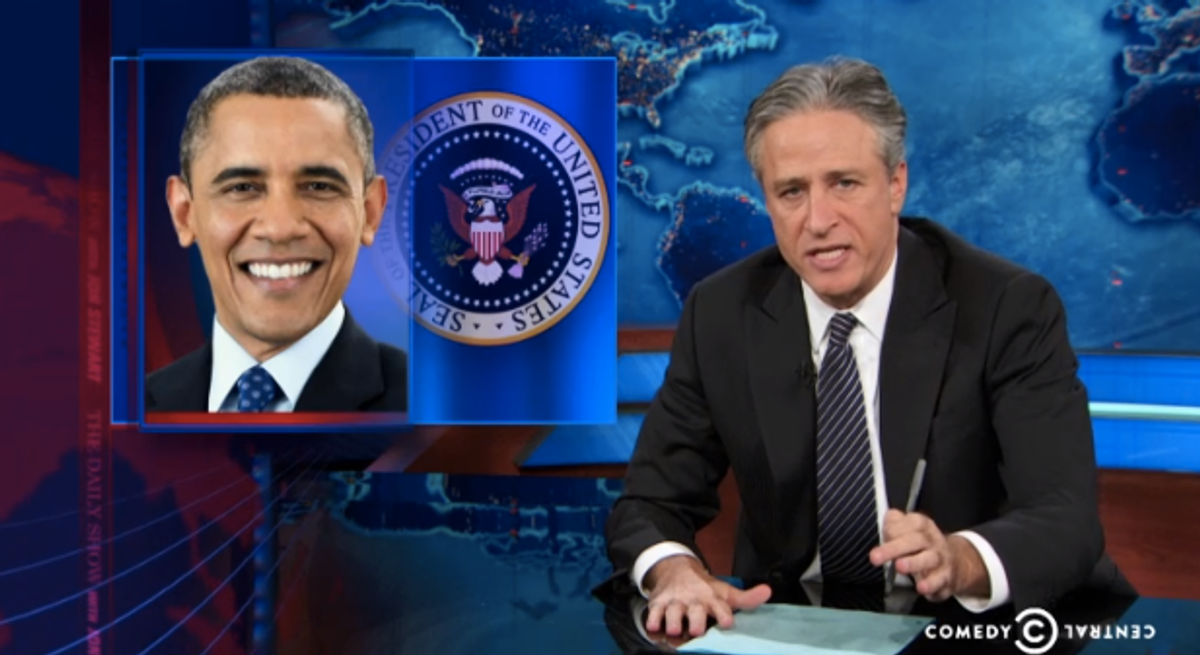 "It is hard to overstate what a low point this is in Barack Obama's presidency," Jon Stewart said soberly on "The Daily Show" Monday night, referring to the national embarrassment of the Affordable Care Act's website launch.

"Hard to overstate -- but not impossible," he clarified, before running clips of news anchors suggesting that Healthcare.gov is President Obama's Katrina-like disaster. "Yes, I believe we've all seen the damning photos of the presidential flyover surveying the human suffering of the Healthcare.gov website from a safe distance," joked Stewart.

Stewart then scolded the media: "Look, I'm not trying to polish the dot-turd that is Healthcare.gov, but comparing the government abdication of responsibility to during Hurricane Katrina -- the death of hundreds of people, the displacement of hundreds of thousands of people -- to a bullshit website ... is offensive."