The real shocker in a "deranged sorority girl's" sex story

Vice publishes a sexual brag, but it's not the content that's so horrifying 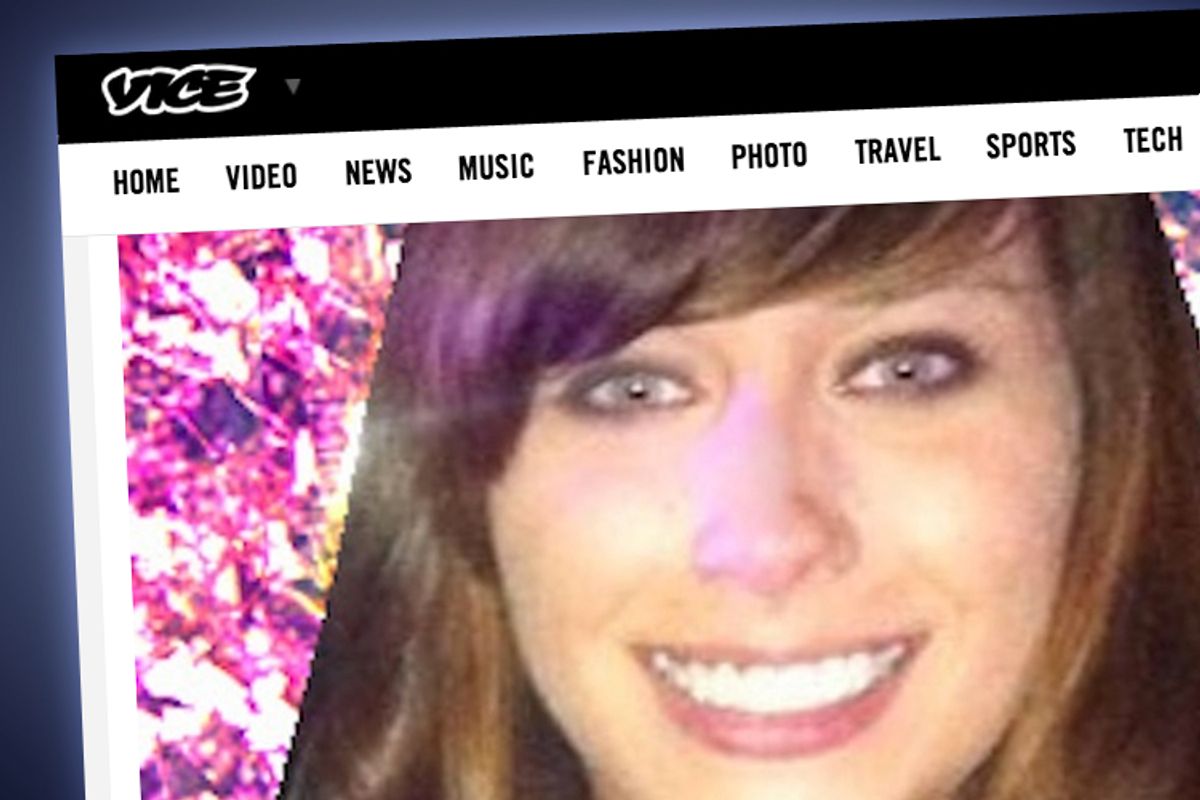 It's evident that either Vice's contributors or someone on its staff has some sense of the basic rules of writing for publication – erratic though that sense may be. Note, for instance, the correct use of the semicolon in Cat Marnell's piece on "Coke Sex for Teen Sluts." And I salute Vice for its adherence to the serial comma, even while it is strictly verboten at certain other publications. When Martinson writes, "I know that 60 percent of you will read this, call me a slut, and think, What kind of fucked-up household did this girl live in?" or when she says, "He did the pants dance, shuffled his boxers to his knees, and then suddenly: there was his dick," I nod approvingly at the punctuation, even as I mentally replace that colon with a comma.

But elsewhere in her genuinely uncompelling anecdote about a sexual tryst that went nowhere, Martinson commits several editorial crimes. And I'm not just talking about the questionable, unhyphenated use of "cheap ass" and "diamond encrusted" as compound adjectives.

She refers to her female partner in the escapade alternately as "KiKi" and "Kiki." She calls it "freshmen year" instead of "freshman year." She calls her family lowercase "waspy" -- as if no one at Vice ever considered "WASPy" or "Waspy" – but she refers to the uppercase "fucking Pope… with all the Cardinals" even though she's not talking about a character on "Scandal" and a baseball team. Most grievously of all, she complains, "I really wish this story ended with a climax, a threesome, or Kiki and I getting it on since Douchebag couldn’t carry his weight." Come on. Everybody knows it should be "Kiki and me" getting it on. It's like nobody at Vice even cares about the prepositional phrase.

Ironically, Martinson's story is about an encounter in which, despite her most eager, salacious behavior, she quite literally fails to rouse her intended subject. From the looks of it, she's not doing much better getting attention from the people ostensibly paying for her stories about it either.