Watch out, Kanye and Kim: Putting your partner in a music video is a relationship killer! 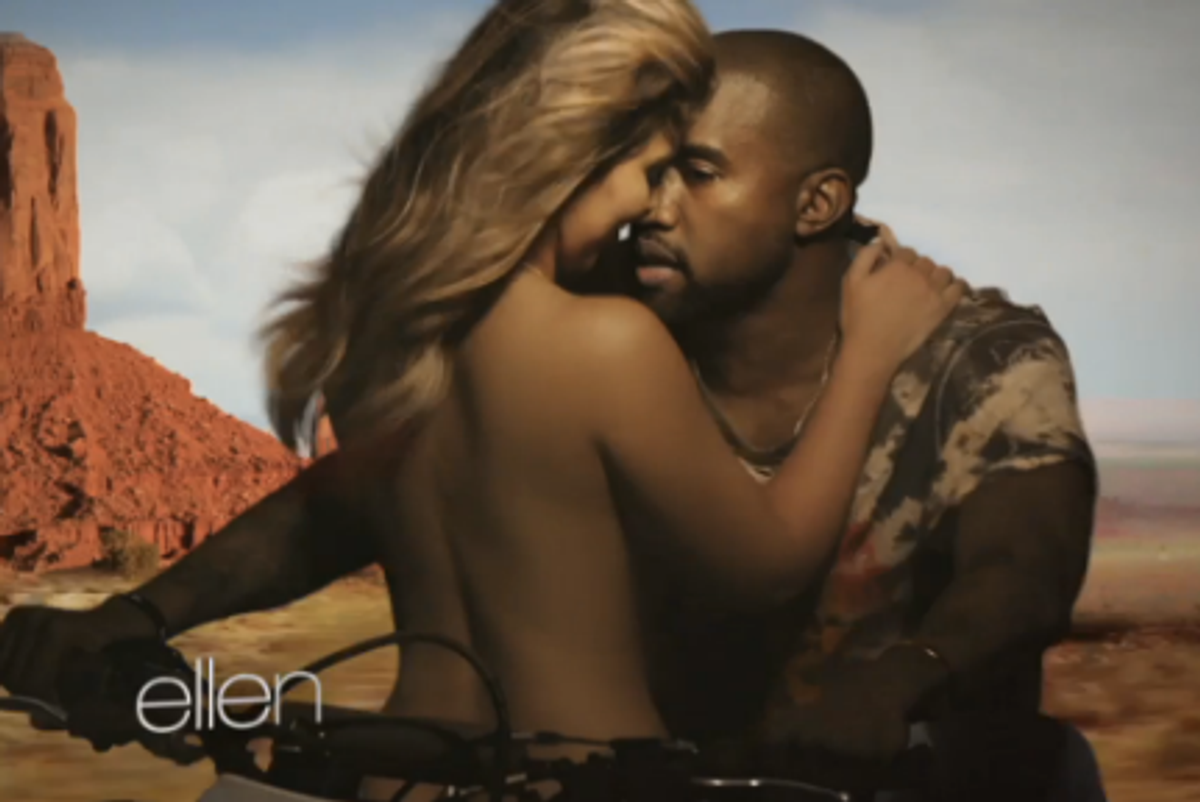 I will leave the artistic merits of "Bound 2" to be critiqued by others, but I will share a simple observation: Putting your partner in a music video is never a good idea. It is like a relationship curse, and there is ample evidence from the annals of music history to prove this highly scientific point.

Observe this extensively researched list of five couples who broke up after co-starring in a music video, and consider yourselves warned.

Madonna and Sean Penn in "Live to Tell"

Michael Jackson and Lisa Marie Presley in "You Are Not Alone"

Jennifer Lopez and Ben Affleck in "Jenny From the Block"

Jessica Simpson and Nick Lachey in "The Sweetest Sin"