After defeat in Albuquerque, antiabortion activists learn that trying to scare voters is a losing strategy 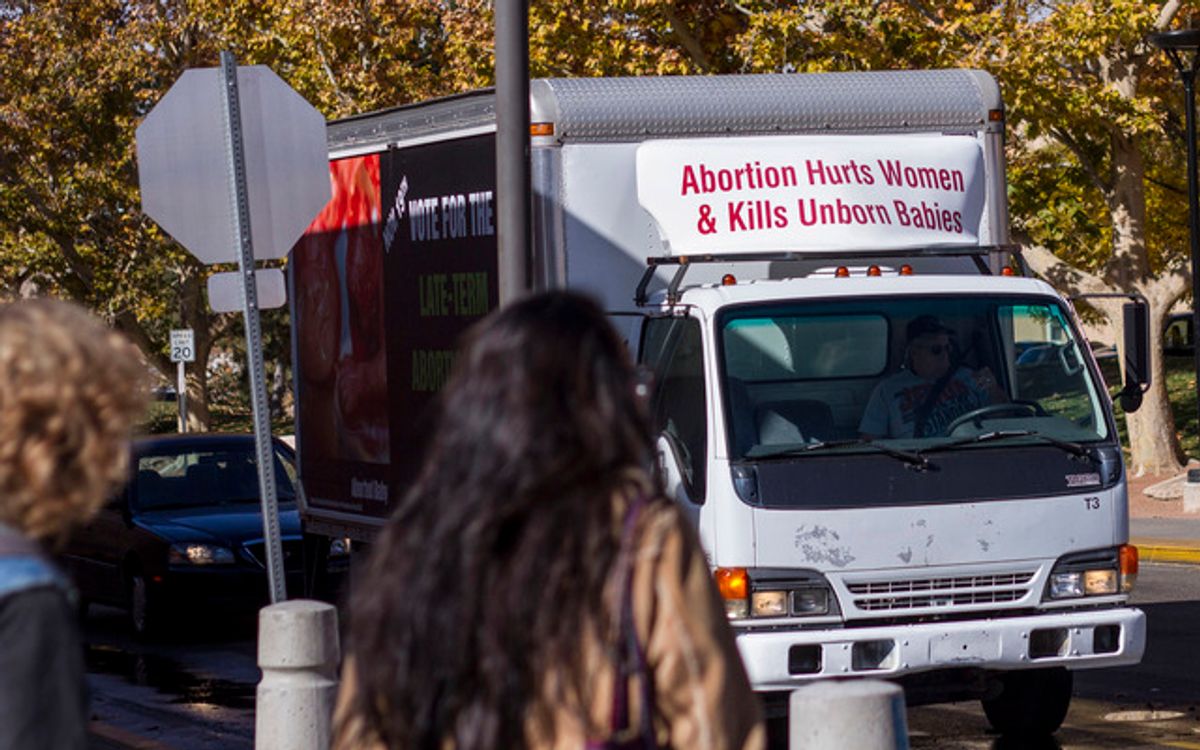 Opponents of abortion rights in Albuquerque, N.M., failed rather spectacularly this week in their efforts to pass a ballot measure banning abortion at 20 weeks, a defeat that has left some anti-choice activists to reflect on what tactics helped them and what tactics hurt them in their endeavor to strip women of their reproductive rights.

As it turns out, picketing in front of the city's Holocaust museum with signs calling Albuquerque residents participants in a so-called abortion holocaust appears to have alienated voters. Driving a truck featuring graphic images of alleged fetuses around town was also a losing strategy, if you can believe it. And giving little kids alarming antiabortion propaganda instead of candy on Halloween apparently didn't help much, either.

“The signs, the graphic pictures, they hurt us much more than they helped us,” Elisa Martinez, executive director of Protect ABQ Women and Children, a local group that backed the measure, told the New York Times. “Instead of common-sense regulation, it became about extremism.” (Quick fact-check: Bans on abortion at 20 weeks are not common-sense regulation.)

More from the Times on how the measure failed even with its apparent target group, Catholic Hispanic voters:

Gabriel R. Sanchez, director of research at the polling firm Latino Decisions and professor of political science at the University of New Mexico, said the ban’s proponents here missed that “the more nuanced understanding that Hispanics in this city, as in this state, do not fit into the national stereotype.”

Opponents of the ban said they were able to appeal across party lines. “Our success came from the fact that we realized early on that this was an ideological issue, and not the partisan issue that folks had made it up to be,” said Julianna Koob, a legislative advocate for Planned Parenthood of New Mexico, one of the groups in the Respect ABQ Women coalition, which led the advocacy against the ban.

It may not be the end of the fight, though. Ms. Martinez said she was already looking to help other New Mexico cities interested in pushing bans like the one proposed in Albuquerque, while pressuring the Legislature to outlaw abortion in the state, even though it is a strategy that has been tried and has failed in the past.