GOP Rep.: "Reality" is that "some Americans' lives have gotten better" because of Obamacare 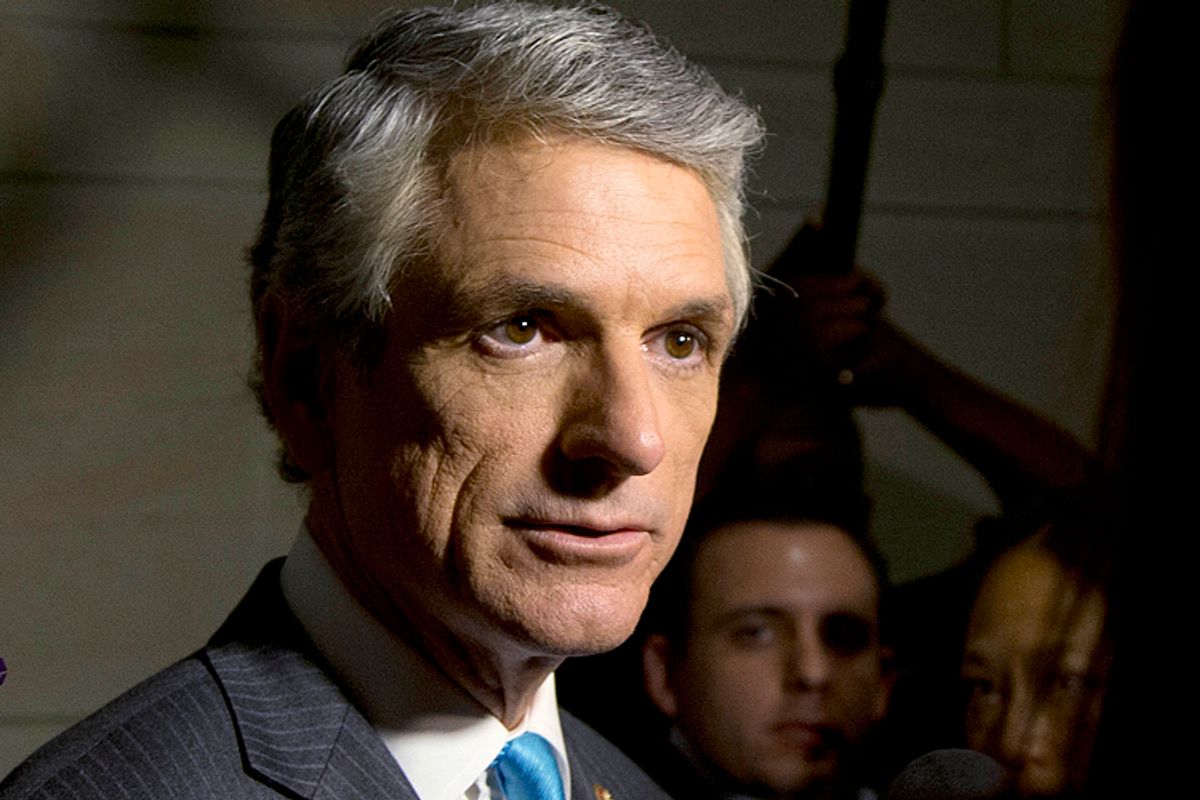 It's an article of faith among many conservatives and most Republicans that Obamacare is an unmitigated disaster. You don't vote 40-plus times to repeal a bill you think has its virtues, after all.

So it comes as some surprise to hear a Republican congressman, Virginia's Scott Rigell, acknowledge to the New York Times that there are indeed those who are benefitting from Obamacare.

"It’s not in dispute that many Americans’ lives are being disrupted in an important way by this law,” Rigell told the New York Times. “Is it also true that some Americans’ lives have gotten better? Yes, and to not acknowledge that is to deny reality.”

Rigell went on to claim that Obamacare required "more of a course change than a course reversal."

But even with the glimmers of good news, the law faces enormous challenges. A poll conducted last month and released Wednesday by the Harvard University Institute of Politics found that a solid majority of Americans between the ages of 18 and 29 — a constituency crucial to the success of the health law — disapproved of the law and among the 22 percent of that age group who did not have insurance, only 29 percent said they would definitely or probably enroll.

The Obama administration was counting on seven million enrollees by the end of the first enrollment period in March, a number that was supposed to ensure a safe mix of sick, older people and young, healthy ones. Because of problems with the federal insurance exchange and the negative publicity around the rollout, the total is likely to be well short of that.

Representative Dave Camp, Republican of Michigan and chairman of the Ways and Means Committee, said the administration needed to be enrolling close to 100,000 people a day to meet its target. Because state-based websites are doing better, other calculations put the necessary number closer to 40,000 a day, but few are suggesting the goal of seven million is within reach.