But they're (slowly) learning, thanks to social media campaigns that are forcing difficult conversations 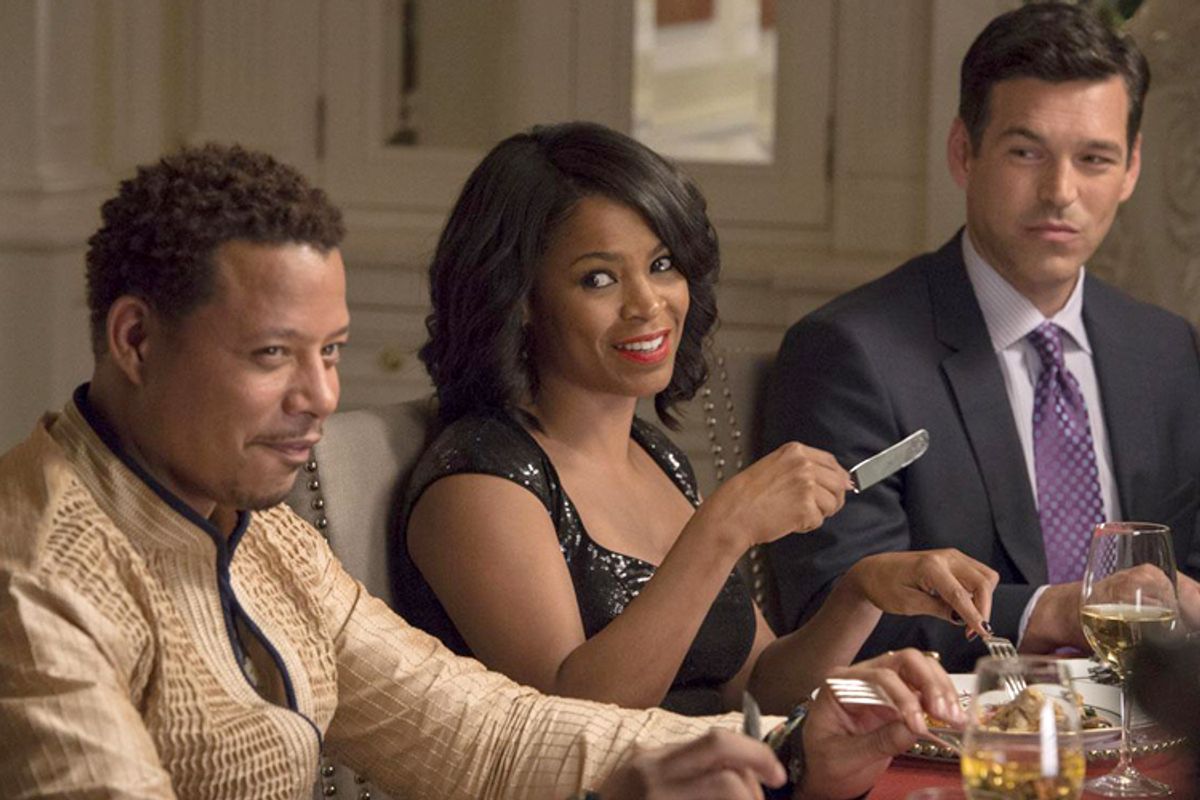 A scene from "Best Man Holiday"
--

Three times. USA today edited its unfortunate headline on the success of "Best Man Holiday" (which it initially called "race-themed") three times in response to the commentary on social media. Critics challenged its ham-fisted reporting on the film, addressing everything from the normativity of whiteness, to the rise of black cinema, to other films that could be described as “race-themed” but weren’t. As American pop culture lurches its way toward presenting a marginally more complete picture of the society that births it, the media are rushing to catch up. The fabled “national conversation on race” is happening. Equal parts hilarious, historical and painful, the complex clumsiness of its execution is matched by its necessity. We have to talk about it -- we’re just not that good at it yet.

Pop culture is a window into our lives and, while clumsy, USA Today did hit on something of a phenomenon. Representation of non-white people has increased, and it is noticeable because of how utterly abysmal it was before. "Scandal," the show of the moment, earned its star the first Emmy nod for a black woman in 30 years. In the case of "Sleepy Hollow," an interracial duo fights crime and monsters to win one of the hottest premieres of the season. Its producers credit the chemistry of its stars. But major press outlets forget to mention Nicole Beharie, the black female lead, at all. The omission is made more glaring by the fact that the overall diversity of the show has been one of its selling points. Orlando Jones, who plays Captain Irving, took to Twitter to note the gap.

Black Twitter, as both a player and a phenomenon, has been front and center of most of these discussions. As a member of “Black Twitter," I'm conflicted about the moniker. My participation in feminist, geek or New York Twitter have yet to receive the same level of scrutiny as my membership in Black Twitter. At the same time, there's joy in the name. Black. Twitter. Using the same social media everyone else is, this cultural movement has been a repeated source of insightful analysis, hilarity and virtual support that affirms the shared and diverse experiences of being black both online and off. One in four black people who are online at all is tweeting, using the platform to offer instant feedback on the news of the moment.

That feedback takes many forms and no prisoners. Politicians, activists, major media outlets and pop stars can all get a taste of the power of instant commentary. A good amount of that discourse is destroying myths around the post-Obama era and race. In 2008 NPR’s Daniel Schorr wondered about a post-racial America after the election of Barack Obama, and such hyperbolic hopefulness was not uncommon in media. What made it farcical was the refusal to address what being post-racial might entail.

This is most evident in the continual growing pains within feminism and liberal politics. While celebrated and celebrating itself as a big tent movement, feminism's recent conflicts have forced many fissures into stark and unforgiving light. The Virginia gubernatorial race was a startling example: feminists declared a victory for choice by way of women’s vote, but almost instantly people pointed out that the “women’s” edge was almost entirely black women. When Lily Allen’s offensive “satire” “Hard Out Here” was lauded by Jezebel and ineptly defended by Caitlin Moran, responses flew quick and thick about not only the problematic video but the historical context that had been missing.

In #feministselfies, Golden and Averett took a myopic analysis of photography and responded to it with a multiracial, multigenerational call for self-love. Using humor, technology and, yes, righteous indignation, they did what so many claim to want to do: make a solid demonstration of the empowerment diversity brings. Though part of the culture that has developed around progressive, astute, public black women intellectuals on Twitter, feminist selfies contained pictures of  people of all descriptions. What might have been dismissed as “ angry black women” was visually shown to be a coalition of camera-ready participants. Being seen, even if you have to take your own picture, is a powerful step in destroying an invisibility based on your perceived lack of value. No one can claim not to know we have issues if we push them forward.

The growing pains are worth it. These flare-ups push us forward and get us better entertainment.  Just one year ago, the head of Marvel Comics claimed that the making of a Black Panther superhero movie was too hard, especially envisioning the thriving country of Wakanda. Now, one year later, post-"Scandal" and "Fruitvale," Stan Lee is eager to assure us that the movie is in the works.

The bumps in the road around these discussions are historical, and require an examination of our very selves. USA Today's real failure is not just its original blunder, or even its second, but the timidity in embracing what it wanted to say. As a culture we are unaccustomed and unsure of how to talk about black people centered in our blockbuster entertainment. We have no idea what to do when everyone doesn’t look (forgive the pun) like a Norse God. We have even less idea how to talk about an entertainment or media landscape where the Norse God is not the presumptive, runaway favorite.

We are seeing representations of people of color in mass media that were not supported or even imagined as many as five years ago. When the explanation has been “that doesn’t sell,” it is news that those expectations are shattered, and we have to be honest about why. "Best Man Holiday" has more thematically in common with "The Big Chill" than "12 Years a Slave" or "Fruitvale Station." The faces representing those themes, however, are not ones we are accustomed to seeing on-screen, and as that changes, we ourselves must change too. Americans of many races want to be seen not as statistics, but as humans, as superheroes, as valued citizens of the nation they live in.

Correction: An earlier version of this piece misstated the name and originator of an Armani-related hashtag. The hashtag is #Armanicaptions and the originator was Feminista Jones.