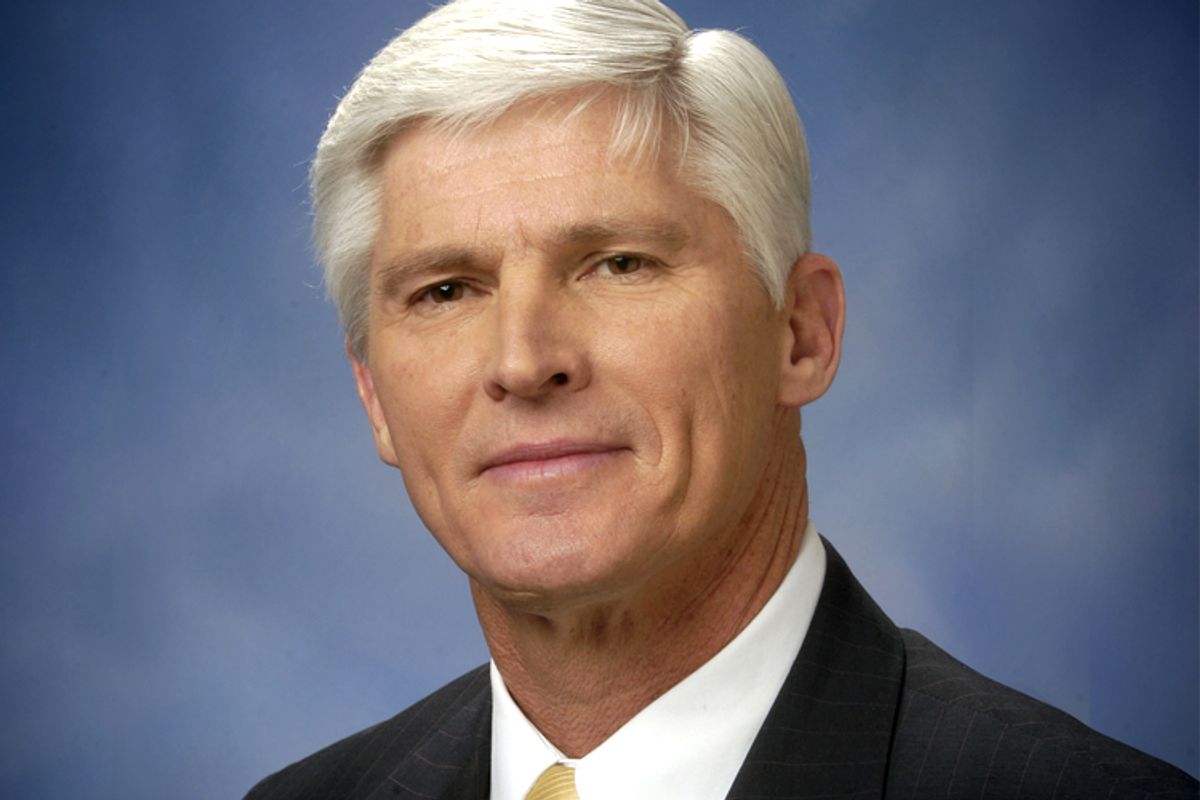 First Nigella admits to coke use, now a politician is pushing the homophobic AIDS panic button. Are the '80s back or what?

At a Berrien County Republican Party holiday reception last Thursday, Michigan Republican National Committeeman Dave Agema affirmed his support for "traditional marriage, no homosexual ones" by invoking the dread that gay people might get married as a ploy to better healthcare. Healthcare they need because, you know, AIDS. "Folks," he explained, "they want free medical because they're dying [when they're] between 30 and 44 years old. To me, it's a moral issue. It's a biblical issue. Traditional marriage is where it should be and it's in our platform. Those in our party who oppose traditional marriage are wrong." It's apparently also a financial issue. Agema said that while working for American Airlines, he saw employees using partner benefits to get coverage for people with AIDS.

The former state congressman certainly has given this gay thing a lot of thought. He has a whole area of his Web page devoted to the "negative effects of homosexuality." It includes such unimpeachable sources as Town Hall, James Dobson and some libertarian guy on YouTube. There are links to stories on how "Former APA President Says Homosexuals Can Change" and "10 Reasons Why Homosexual 'Marriage' is Harmful and Must be Opposed." Most notably, there's a link to "statistics" about homosexuals that include such "facts" as "Homosexuals prey on children" and "Part of the homosexual agenda is to get the public to affirm their filthy lifestyle." Seriously. This is the material that a Republican committeeman endorses on his political Web page. There's also a story from a conservative site on the rise of STDs – which not only doesn't even mention gay people, it affirms the most common STDs in the U.S. are, in order: HPV, chlamydia, trichomoniasis, gonorrhea, herpes and syphilis. All of which affect men and women, gay and straight people. If marriage is one big insurance scam for people with sexually transmitted diseases, I'd be worried about straights if I were you, Dave Agema.

No one's denying that in the U.S., gay and bisexual men are disproportionately likely to be living with HIV and AIDS. But the CDC notes that incidence of new HIV diagnoses has remained stable for the past decade. And by the way, women can be gay too, and want to get married too, and female-to-female HIV transmission is not exactly a huge public health risk. The idea that an army of AIDS-infected homosexuals are going to use marriage equality to gobble up healthcare benefits, based on the anecdotal evidence of one pretty obviously obsessed conservative, is truly bizarre. But then again, bizarre is about what you'd expect from a guy like Agema, who earlier this year was rebuked for posting the aforementioned "statistics" on "filthy" homosexuals on his Facebook page. At the time, RNC chairman Reince Priebus said that despite his party's stance on same-sex marriage, "all human beings deserve to be treated with dignity and respect."

In light of Agema's recent statements, the advocacy group Equality Michigan has called for him to step down, saying Republicans should "rid themselves of Dave Agema, a venomous committee member whose hate speech and fear tactics have become an embarrassment to not only their party, but to everyone in Michigan."

Peddling fear – and doing it with flat-out lies – is a long-standing political tactic. But the revolting rhetoric of Agema must continue to be illuminated and called out as unacceptable. His ignorant ideology is dangerous and toxic to his own party. And if he wants to peddle hate at Republican events, Republicans need to tell voters whether they stand with his views, or they're ready at last to dump him.