State Sen. Gretchen Whitmer shared her personal experience of sexual assault to show what's at stake in this law 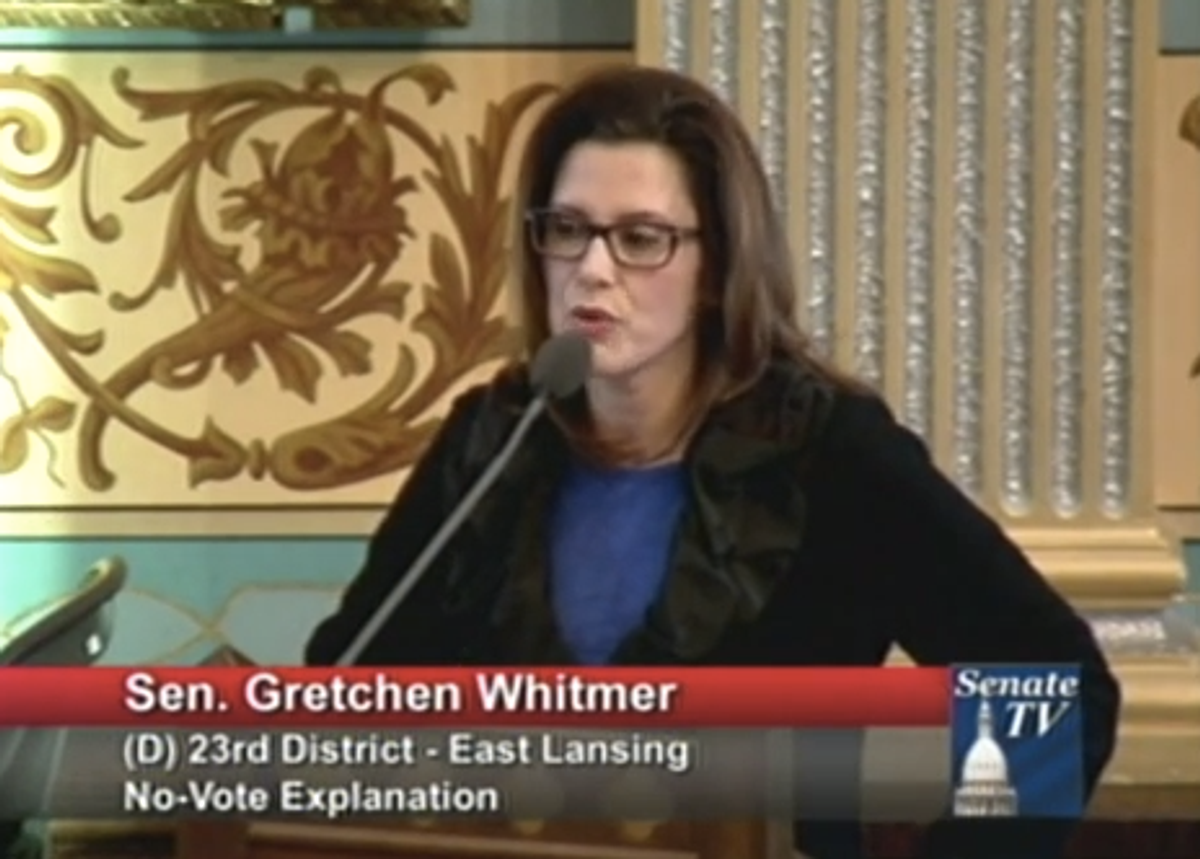 The Michigan Legislature voted on Wednesday to pass a measure to ban all public and private insurance plans in the state from covering abortion. As Salon has previously noted, the law will force women and employers to purchase a separate policy to cover abortion care, a rider that must be purchased in advance of becoming pregnant, even in cases of rape and incest.

Democratic lawmakers have vowed to press for a repeal, and fought hard to block it from passing in the Republican-controlled Legislature in the first place. One of those lawmakers, state Sen. Gretchen Whitmer, abandoned her prepared remarks while testifying against the measure and bravely disclosed her own experience as a survivor of sexual assault to show what's really at stake with a law like this on the books.

Her entire testimony is incredibly powerful and well worth your time, but Whitmer goes off script and shares her experience as a survivor of sexual assault -- and a mother to two daughters -- around 7:45.

"I am not the only woman in our state who has faced that horrible circumstances," she said while debating the measure. "I am not enjoying talking about it -- it is something I have hidden for a long time -- but I think you need to see the face of the women who you are impacting with this vote today."