Ed Schultz doubles down: "I am not gonna get bamboozled by reporters" 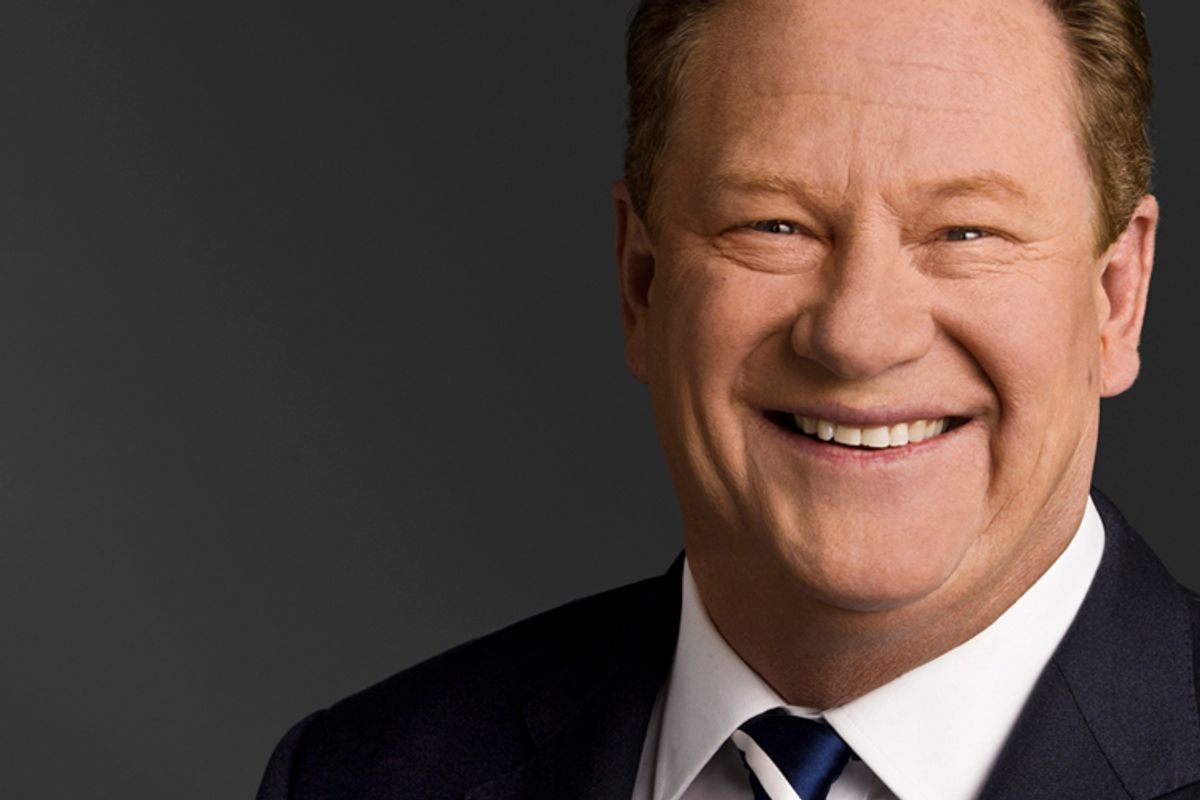 For a second consecutive day, MSNBC primetime host Ed Schultz used his national radio show Friday to criticize coverage of his handling of an NBC labor dispute, but did not specifically address alleged union-busting by an NBC Universal-owned company.

“I am sorry for those of you that do believe in the big red head,” Schultz told listeners at the start of the show, “that you have to put up with some lies and deception on Twitter.”

Schultz has drawn harsh tweets since Salon printed a Thursday morning story about labor strife at the NBC Universal-owned Peacock Productions, where a unionization vote covering about a hundred workers was held but a corporate legal challenge has kept the ballots from being counted. Alleging “a textbook anti-union campaign that you would see at companies like Wal-Mart,” the Writers Guild of America – East has asked five primetime MSNBC hosts to publicly support the campaign. None so far have, though several people who were in the room told Salon that Chris Hayes held a private meeting with workers and union staff. Asked Tuesday about the campaign, Schultz e-mailed Salon, “Moveon.org has never been an ally of Ed Schultz, why should I help you with a story? Give me a reason.” He did not respond to a follow-up, or to a series of subsequent inquiries.

Following some social media pushback about that quote, Schultz announced that he was devoting the first portion of his Thursday radio show (not tied to NBC) to listener calls. As Salon reported Friday morning, Schultz told listeners that MSNBC executives already “know what I stand for,” said “I’m not going to publicize every meeting I have,” questioned whether he was “able to influence” people “of authority,” and asked “why should I put myself in jeopardy through an email?” Schultz also criticized Salon’s story, saying “there’s some people that are media wannabes,” and said he’d “become the target because I’m living good.”

Friday afternoon, Schultz’s first call came from In These Times labor reporter Mike Elk. After a testy exchange over who had instigated the call, Elk asked Schultz, “Do you or do you not support the workers organizing in the Peacock unit?"

“I support collective bargaining everywhere,” answered Schultz. Elk then said that while himself had appeared on MSNBC, he was “not afraid” to explicitly express support for the Peacock workers’ campaign, and “I think anyone that really wants to risk their neck for labor will say it, and you’re kind of evading the question now.” Schultz again answered, “I support collective bargaining everywhere,” again not mentioning Peacock Productions or the allegations there.

Elk next asked Schultz why he would invoke “class envy” in criticizing me for my story and former Salon columnist David Sirota for his criticisms following it. When Elk noted that most journalists covering labor make less than Schultz, Schultz shot back, “Why’d you bring up money? Why’d you bring money?” He noted his “long-running feud with David Sirota.”

Asked by Elk about me, Schultz charged, “he didn’t get it right. He didn’t get it right. What he wrote was totally wrong. I did not say the workers had class envy or income envy. I was talking about David Sirota.” (The story, titled “My critics have ‘income envy’: Ed Schultz unloads after backlash to his union quote,” included the term “class envy” once, in a direct quote which, as the story noted, was directed at David Sirota. It also quoted his statement that he was “not going to lower myself to people who just have got employment envy, exposure envy, platform envy.”)

Schultz and Elk then sparred over honoraria and advertising fees paid to Schultz or his show by unions, whether Schultz’s platform was open to reformers who challenge union leaders, and the relative merit of each other’s work. Schultz touted his donations to charity and, pressed by Elk, committed to bring Sandy Pope, who ran against James Hoffa for the Teamsters presidency, on his show. When Elk said he’d heard that Schultz had requested a union provide a “private jet” for an appearance Schultz shot back, “This is income envy is what it is…That’s all you’re talking about, is the money I make.” Mocking Elk’s questioning of the cash unions devoted to advertising on his show, Schultz said, “Where do you think the unions are going…You’ve only got 12,000 Twitter followers.” He also told Elk, “I’m an entrepreneur. I’m a capitalist.”

Interviewed following the show, Elk told Salon it had been a “very bizarre” experience, and that while Schultz had “done a lot of important things for workers,” he found it upsetting “that multi-millionaire progressive TV hosts won’t stand in solidarity” with lower-paid Peacock Productions workers. “What does that say about the values of the left media?” asked Elk.

Having told Elk, “the reason why I’m not calling back reporters is because I’m going to do this on a level playing field,” Schultz repeated that theme later in his show, saying people who want to “call me up and start dressing me down and asking me questions” can do so on his radio show, “where America comes to talk.” Schultz told one of several supportive callers, “I don’t want to be on anybody else’s website, I don’t want to be on anybody else’s show,” and told another, "I am not gonna get bamboozled by reporters and have a private conversation with a reporter and have it twisted the way Sirota does it and the way this last guy did it.” (Each of my stories has quoted Schultz's two-sentence e-mail to me, the only comment he's provided Salon this week, in its entirety.)

One caller told Schultz that she found Elk’s criticism of Schultz “amazingly arrogant,” comparing it to saying someone who doesn’t wear a pink ribbon doesn’t support fighting breast cancer. “Mike Elk and David Sirota don’t support cancer because they don’t give 100 grand to the society like I did,” Schultz joked in response. “It is envy,” he added, “It is.”

Peacock Productions workers allege that, before the company’s legal case caused their ballots to be impounded, management retaliated against union activists, tried to isolate them from their co-workers, and repeatedly suggested that unionization would spell the end of the company. NBC has not provided comment on the allegations. MSNBC hosts Chris Hayes, Rachel Maddow, Lawrence O’Donnell, and Al Sharpton have not responded to inquiries since Tuesday regarding Peacock Productions workers’ call for their support.

At the end of his three-hour radio show, on which he did not specifically address the allegations against Peacock Productions, Schultz told listeners, “I stand strong with collective bargaining folks across the country…There’s always gonna be anklebiters and there’s always gonna be a run of misinformation and unfortunately, this time it is on the left.”