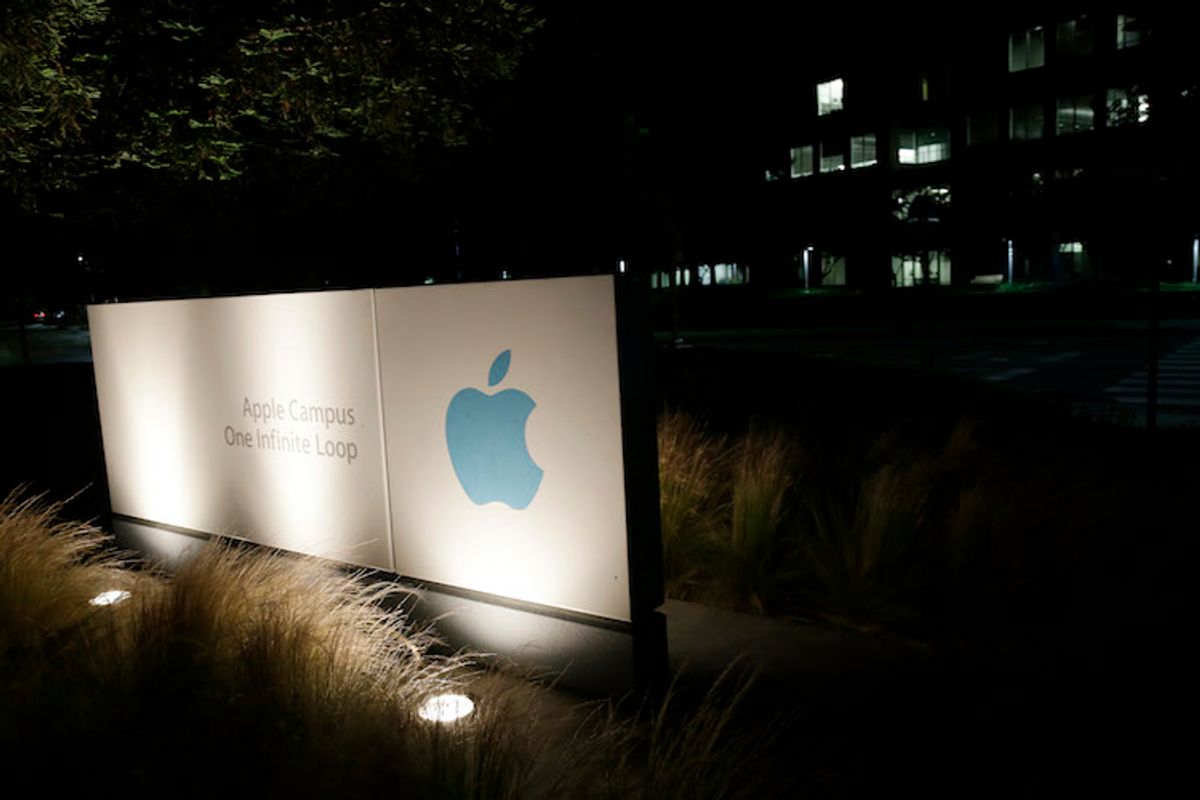 By mid-morning on Thursday, the sun was shining hard enough to dry wet blankets and the residents of the Jungle began surfacing, letting each other know they were still alive.

Six straight nights of freezing temperatures had tested their tenacity, not to mention their tarps and tents. It was so cold that the raccoons that raid the trash bins every night disappeared, a first. Ditto the crows, squirrels and feral cats. Life in the Jungle, 75 wooded acres off Interstate 101 in San Jose that comprises Silicon Valley’s largest homeless encampment, came to a standstill.

With the hard ground thawing, the Jungle looked as if spring had sprung. People strolled the dirt paths, rode their bikes and walked their dogs. Everyone in the Jungle—200 men and women, give or take—looked ready to celebrate surviving the earliest, coldest cold snap on record.

“We were lucky,” said Troy Feid, a former carpenter, squinting into the bright sky. “Not everyone was.”

Four homeless men in Silicon Valley did not make it through the season’s first bout of sub-freezing temperatures. Over the last two weeks, three of them froze to death on the streets of San Jose, not far from the Jungle.

That people live and die on the streets of Silicon Valley is no news to the poor, of course. With more than 6,500 tech companies in all, Santa Clara County is home to the biggest stars in the tech universe, including Google, Facebook, Yahoo, eBay and Apple. But the land of high-tech milk and honey is also a prime example of the widening divide between the nation’s haves and have-nots.

For all its stock-option millionaires, the San Jose/Santa Clara County region (pop. 1.8 million) also has the nation’s fifth largest population of homeless (after New York, Los Angeles, Seattle and San Diego), according to the U.S. Department of Housing and Urban Development. The main culprits? Budget cuts that have frayed the safety net and sky-high housing costs. These days, a three-bedroom, one-bath starter home in San Jose, the county seat and one of its most affordable cities, costs a cool million. Rents for a two-bedroom apartment go from $2,000 to $5,000 a month, and those on the low-end are scarce.

While homelessness remains off the radar of the Silicon Valley titans, it keeps getting worse, up 20 percent in two years. More than 7,600 people sleep on the streets every night. Dozens of encampments dot the landscape, and thousands of people live in temporary quarters—shelters, motels, friends’ homes. Several private and public organizations in Santa Clara County are dedicated to helping the unhoused receive medical care, supplies and assistance in finding shelter. But funds and available units to move homeless people into permanent housing are meager.

For now, emergency shelters remain the only immediate option for those on the streets. But shelters prohibit pets and loads of possessions. Most people in the Jungle have both.

In fact, calling the Jungle an encampment hardly describes it. A shantytown of tents and shacks made from doors, tarps and whatever else people could find, the Jungle sits on county land along Coyote Creek just below street level from Story Road, a commercial hub anchored by a Walmart.

A few camps are visible from the street, with bright blue tarps peeking through trees. But for the most part, the Jungle is a hidden world, a village of Silicon Valley’s untouchables complete with “good” neighborhoods and “bad” ones.

Driven to homelessness by job losses, addictions, afflictions, bankruptcies, or a combination of catastrophies, most of the Jungle’s residents are mired at the bottom of the economic heap. (Some do work full-time, but say they simply cannot afford to pay rent.) They range in age from late teens to their 70s, with most between 40 and 50 years old. Almost everyone is from San Jose or nearby towns. Those who’ve been homeless for years have no income, no prospects and nothing left to lose—except their campsites.

For many people here, the only thing worse than living in the Jungle would be not to live here—that is, if the county wrecking crews come calling, as happens once or twice a year. Encampments are dismantled and the residents get shooed away. But they start coming back within hours.

“Where else would we go?” said Mama Red, a 60-year-old resident who commands the respect of a tribal elder. (Most residents go by nicknames, or first names only.) Mama Red, who has four dogs, three cats, and a multi-room encampment she always seems to be sweeping, has lived in the Jungle for seven years. She owned a business once, a floral shop near Santa Cruz, lost it, then became a caregiver to a friend’s mother. When the person died, Mama Red spiraled into homelessness. But she has made the best of the Jungle. Her “property” is landscaped with plastic pansies and protected by a tall fence constructed of green tarps and tree branches.
When the county comes, they seize property and store it for 90 days, but no one in the Jungle ever claims it. People say they don’t have the means to get possessions they had accumulated little by little, usually on foot or carrying on their bikes. So they begin the process of scavenging again, everything from bedding to framed prints. People literally mark their territory, scrawling their names on their tents, putting up warning signs to would-be trespassers.

Anna Davis, a 46-year-old San Jose native, has become an expert at creating a living space in the Jungle, having lost everything she had to dump trucks at least four times in three years.

"I found all of what I have,” she said, proudly showing off her camp. It is a lovingly designed hut made of different woods, hard by Coyote Creek. Davis has woven fallen tree branches into a border fence, added stepping stones for a walkway and cushioned her mattress with stuffed animals and pillows (all things she has found).

Once, she said, she was an administrative assistant for a tech company. But she lost her job to the voices in her head. “I’m a schizophrenic,” she said. “I realize now that I’ve been hearing voices since I was four years old. A lot of people here have the same thing I have, in one way or another.

Davis lives in a “neighborhood” where those who use drugs tend to gather. So does Yolanda Gutierrez, who is 39 years old. A San Jose native, Gutierrez, a mother of three young adults, said she ended up in the Jungle because of her “bad choices,” namely a boyfriend who introduced her to methamphetamine. Her children now live in Mexico with her parents while Gutierrez recovers from a stroke she suffered two weeks ago.

“I rode my bike to the hospital,” she said. “The doctors told me I was very lucky.”

"Lucky" is a word residents of the Jungle seem to use a lot. Jose, a 46-year-old handyman, has asked for his last name not to be used because it "might embarrass his family." He said he considers himself lucky for the encampment he shares with his 90-pound pitbull puppy, Rocky, and a bunch of chickens that tend to wander through the Jungle. Always poor, he said, he chose to move to the Jungle after quarreling with a roommate. Like so many others here, he has designed a space that feels more permanent than not. A cactus garden adorns the front of his camp, and he has created different rooms out of found objects. Even Rocky has his own house, with his own twin-sized mattress.

“He eats better than I do,” Jose said, adding kibble to Rocky’s bowl.

Residents of the Jungle have no shortage of food. Church groups from all over San Jose come on Sundays. A month ago, a handful of co-workers from a local LED light company began showing up on Tuesdays with food and supplies. Last Tuesday, they brought a U-Haul truck full of sleeping bags they bought after collecting donations from friends and others who heard about their treks to the Jungle. Individuals show up to give out food and blankets as well.

The Jungle has its own volunteers, who collect donations—mostly food—from local businesses and dole them out. City and county officials say the Jungle has had its share of crime, including a murder last year. Fights break out. But the Jungle has peacekeepers, too; self-appointed mediators who broker truces, or if deemed necessary, ask troublemakers to leave.

“Most people are okay,” said Troy Feid, who regularly allows his neighbors to use a camp shower he has hooked up in the elaborate camp he shares with his cat, Baby. Feid, who suffers from depression, manages a smile when he gives a tour of his home, a warren of tidy rooms. “I’ve got plans for this place,” he said. “I just hope we last the winter here.”

Winter remains weeks away. But for a little while, the weather will be kind enough.