Walters and Griffin discuss Miley on their respective shows tonight. Also on tap: The pope and the royal baby 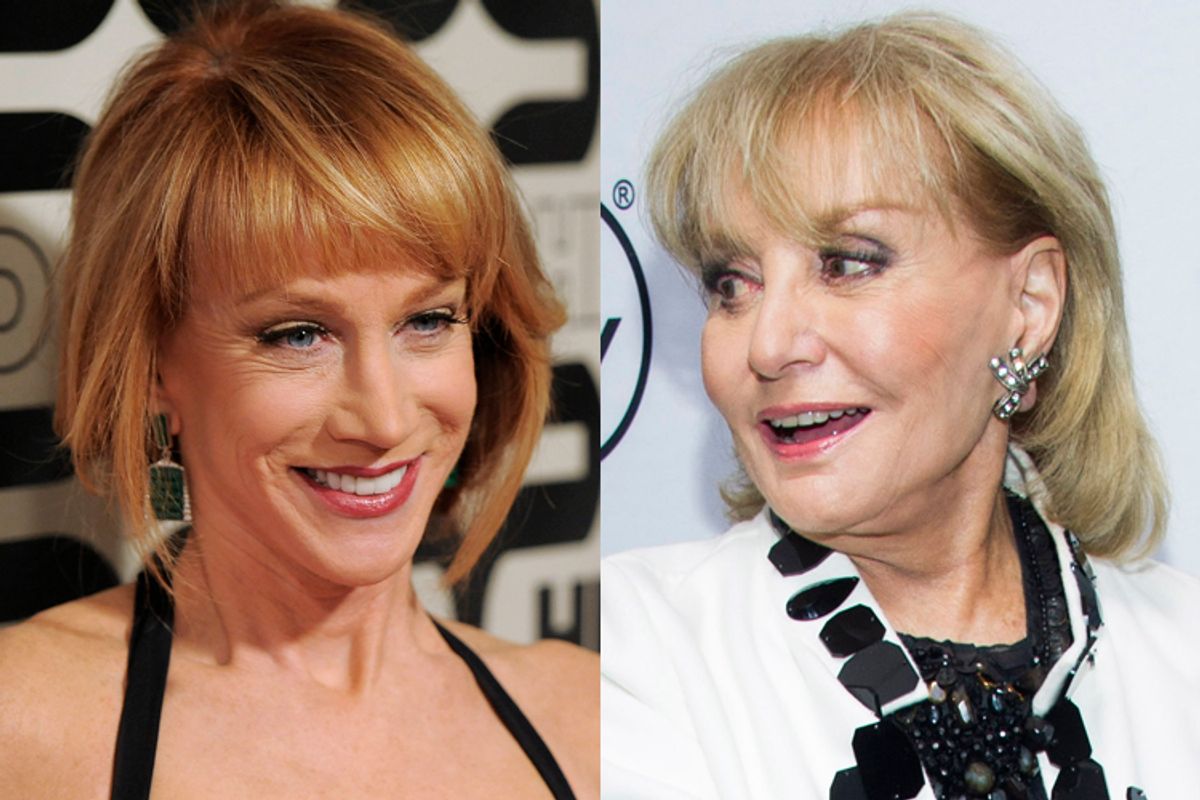 Tonight, ABC airs the final installment of "Barbara Walters Presents: The 10 Most Fascinating People of the Year," a 20-year television institution. Just an hour and a half earlier, Bravo will broadcast "Kathy Griffin: Record Breaker," heralding the prolific comedienne's inclusion into the Guinness Book of World Records for "Most Stand-Up Specials by a Comedian" (This is her 20th.) Walters will talk to celebrities. Griffin will, as always, talk smack mercilessly about celebrities. Walters is on her way out while Griffin is going strong, but the two still have plenty in common when it comes to probing the lives and public personas of America's spotlight-dwellers. Were you to draw a Venn diagram of personalities examined on both of tonight's specials, I'm willing to bet the field of intersection would be considerable.

Advance promotional campaigns for both programs included posting video previews centering around Miley Cyrus, one of Walters' fascinating 10 and a favorite target of Griffin's.

(Griffin's riff, seen here, is decidedly more personal and portrays the provocative pop songstress through the lens of a recurring character in Griffin's act: her wacky, alcoholic mother, Maggie Griffin.)

She's unlikely to poke at such sobering subjects as whistle-blower Edward Snowden or ABC's own cancer-battling anchor Robin Roberts -- two others on Walters' list -- but neither the new pope nor the royal baby are so far out of Griffin's wheelhouse as to skate by without any mention. Considering her take on Catholicism, I'd say the former is likely to factor somewhere into her routine. In the past, Griffin has batted the Kardashian family around like a cat with a toy. So if she doesn't comprehensively skewer Kim's man Kanye West, it's only because the Nov. 24 taping of "Record Breaker" predated the touchy rapper's last, big rant by a mere two days.

Speaking of missing the boat, neither Walters nor Griffin will be able to home in on anti-gay comments made to GQ by "Duck Dynasty" patriarch Phil Robertson recently. Again, "Record Breaker" was recorded prior to his incendiary comments becoming public -- which sucks because as a well-known LGBT advocate with an army of gay fans, Griffin would have had an absolute field day deconstructing Robertson's Bible-based, overtly homophobic remarks. As for Walters, who was to have Robertson on camera alongside his clan and costars as fellow "Fascinating People," she never got to ask him anything. He simply opted out of the taping and, reportedly, went hunting instead.