Steve Carell, Will Ferrell, David Koechner and Paul Rudd get into a food fight with the "Daily Show" host 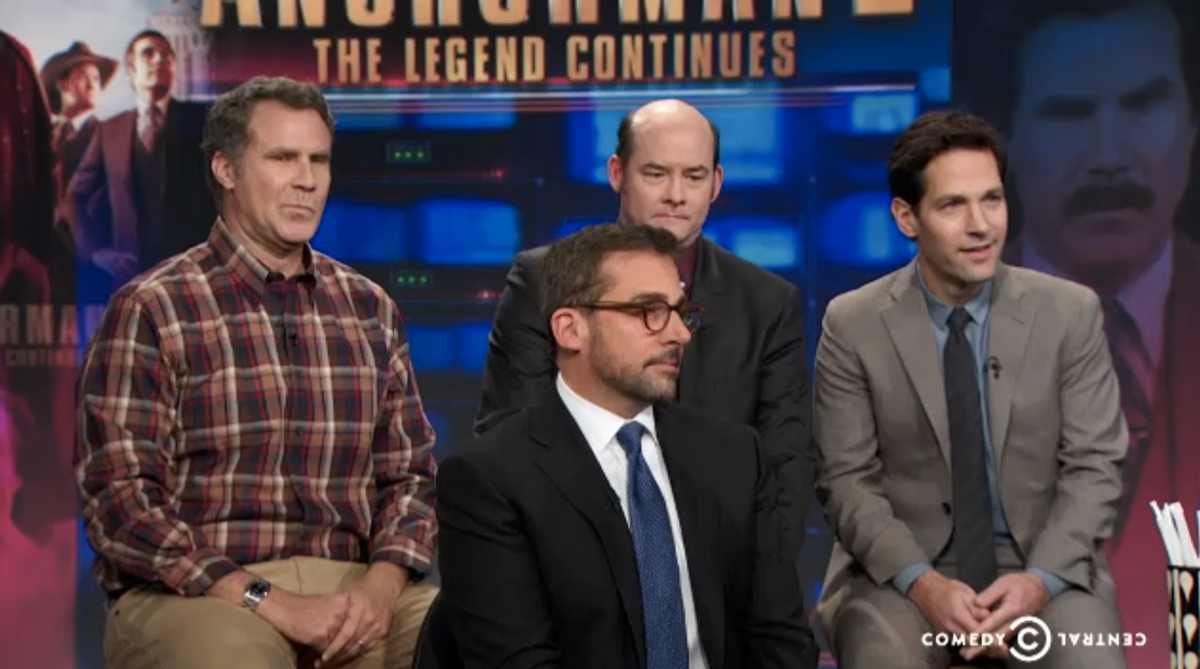 All the major stars of "Anchorman 2," Steve Carell, Will Ferrell, David Koechner and Paul Rudd, stopped by "The Daily Show" on Wednesday night, more or less just to give Jon Stewart some stuff he already owned, and watch "Daily Show" alum Steve Carell eat some of his favorite food. Also, to fight to the death over food (and Paul Rudd's face).