Drug war racism in 2013: The worst of the worst 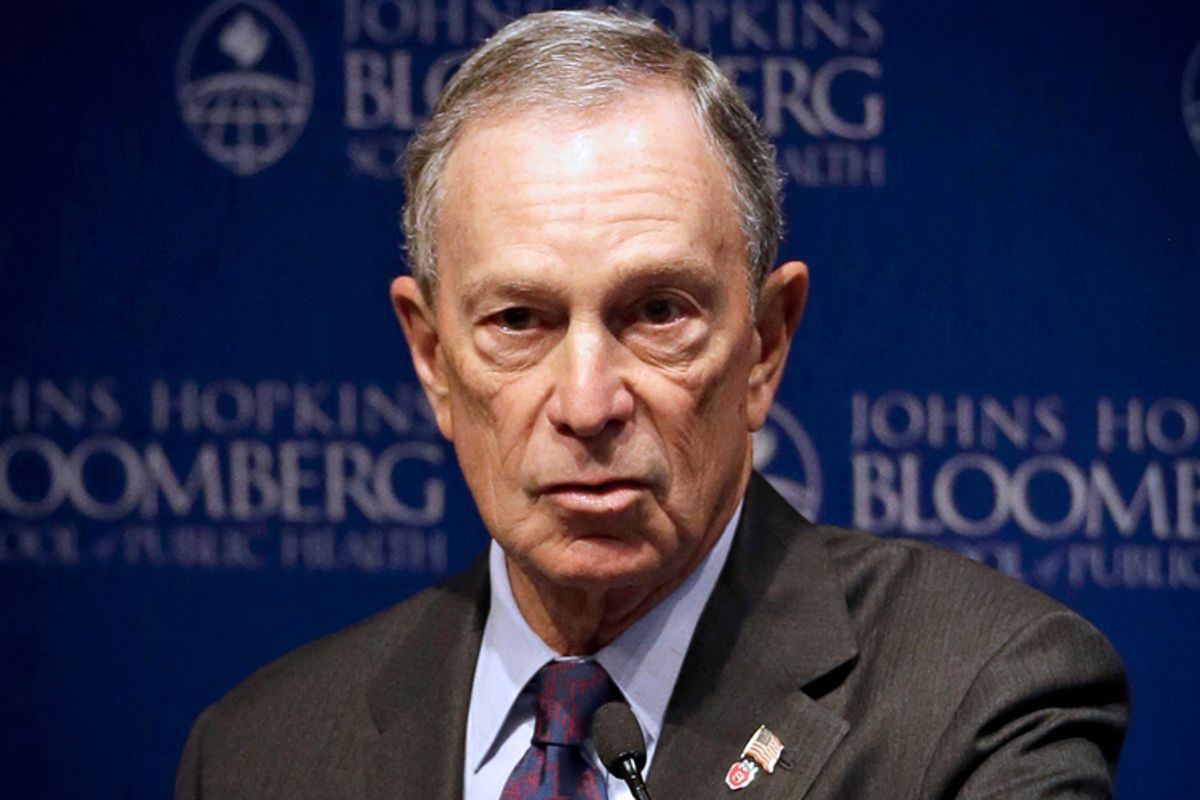 The drug war is full of racism and hypocrisy. It's hard to argue against that reality. People intoxicate themselves, both illegally and legally, at much the same rates across racial lines. Similarly, the drug trade is an equal opportunity employer and the demographic breakdown for sellers is more or less racially balanced. So, why do the vast majority of people who are arrested, punished and incarcerated for drugs happen to be black or Latino?
From their inception, anti-drug laws were created and enforced in ways that deliberately targeted minorities and marginalized people.  Michelle Alexander has done an excellent job of breaking down racism and the drug war in her seminal book, "The New Jim Crow."
Here's looking back on racist drug war moments from the past year. Let's raise a glass of your beverage of choice (intoxicant or not) and hope that the prohibitionist madness will come closer to ending in 2014.
1. ACLU Report Finds Overwhelming Racial Bias in Marijuana Arrests
According to a groundbreaking  report released by the ALCU in June, black people are 3.7 times more likely to be arrested for marijuana possession than white people despite comparable usage rates. The report also found that marijuana arrests now make up nearly half of all drug arrests, with police making over 7 million marijuana possession arrests between 2001 and 2010. The report shows that this disparity has continued to become more pronounced over the past 10 years. In counties with the worst disparities, black people were as much as 30 times more likely to be arrested. The racial disparities exist in all regions of the U.S., as well as in both large and small counties, cities and rural areas, in both high- and low-income communities, and whether black residents make up a small or a large percentage of a county's overall population.
2. Trayvon Martin's Toxicology Report
Among the arguments used by George Zimmerman's defense attorneys this past summer to discredit Trayvon's reputation was the presence of marijuana in the toxicology report of the murdered young man. There's no telling if the trace amounts of marijuana had been there for some time or if Trayvon was intoxicated at the time he encountered Zimmerman but, regardless, suggesting that marijuana made him aggressive is an archaic "Reefer Madness" era notion and represents an outrageous  double standard, given how mainstream marijuana consumption has become in our society. This is just one of many factors in a case that stinks of racism.
3. "Cantaloupe Calved Mules" or Valedictorians?
During House deliberations concerning comprehensive immigration reform in July, Iowa Republican Congressman and member of the House Subcommittee on Immigration and Border Security, Steve King, said in reference to young people who might benefit from the Development, Relief, and Education for Alien Minors (DREAM) Act, "for every one that is a valedictorian, there are another 100 out there who weigh 130 pounds and have calves the size of cantaloupes because they've been hauling 75 pounds of marijuana across the desert." King later elaborated, "We have people that are mules, that are drug mules, that are hauling drugs across the border and you can tell by their physical characteristics what they've been doing for months..." For collapsing his anti-immigrant, racist, drug warrior rhetoric into the same diatribe, he at least gets points for multi-tasking?
4. Bloomberg Defends Stop-and-Frisk, Suggesting not Racist Enough
Soon-to-be-former New York City Mayor Mike Bloomberg has been a staunch defender of the much derided NYPD practice of routinely stopping and searching young, primarily black and Latino men, normally for marijuana or weapons (although guns are found in  less than .2 percent of stops). Civil liberties, racial justice groups and others have long criticized the policy as thinly veiled  racial profiling, with, black people and Latinos consistently accounting for around 85 percent of those selected by police for search, each year since 2003. Yet, Bloomberg persists in praising the practice. This past June, he went so far as to  claim, "We disproportionately stop whites too much. And minorities too little." A federal judge ruled stop-and-frisk unconstitutional in August. New Yorkers are waiting to see what Mayor elect Bill de Blasio, who was critical of the practice on the campaign trail, will do once assuming office.
5. Rob Ford and Trey Radel "Get Out of Jail Free" Card
Despite getting  busted for using cocaine (to much notoriety in Rob Ford's case, in the form of crack) while in public office, Toronto Mayor Rob Ford and Florida Congressman Trey Radel suffered little more consequence than public shaming and ridicule by comedians and late night hosts. In a glowing moment of irony, Trey Radel is on the record as having voted to drug test food stamp recipients. Yet, these two public figures did not face the criminal consequences that daily destroy the lives of millions of mostly poor, immigrant or people of color caught up in the vicious web of the drug war -- half a million of whom will go to bed tonight behind bars for drug law violations that are not too different from those committed by these guys. They get a pass while others get unjustifiable agony, and the misguided and futile war on drugs wages on.