Swine flu is back, putting unvaccinated adults at risk 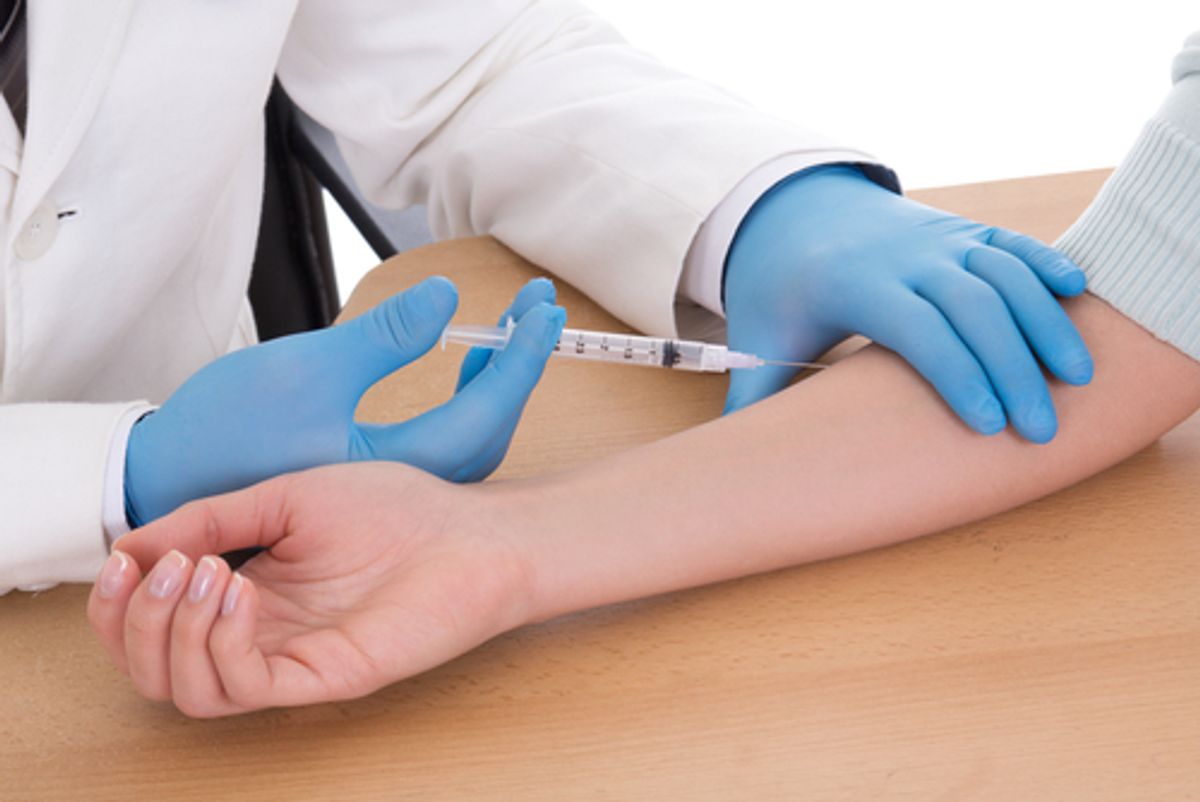 Widespread flu activity has hit 35 states, according to the CDC, and it appears to be targeting young people who haven't been vaccinated.

Don't worry -- this isn't just a "millennials" problem. "Young," as defined by the report, includes everyone between the ages of 18 and 65: the folks who aren't typically hit as hard as children and seniors. But this season, H1N1 -- better known as "swine flu" -- is back on the scene, upping the risk for otherwise healthy people in that middle range.

So far this year, according to Think Progress, people between 18 and 65 have accounted for 61 percent of flu-related hospitalizations. And as a new analysis shows, little more than a third of those young adults got flu shots during the 2012-2013 season. Assuming that trend continued this year, this flu season could be worse than usual:

Last year’s flu season was particularly harsh, resulting in overcrowded emergency rooms and leading some lawmakers to declare an official state of emergency. But public health officials warn that this season threatens to be even worse. “Based on what we’re seeing so far, this year will be a very different picture than last year,” Michael Osterholm, the director of the Center for Infectious Disease Research and Policy at the University of Minnesota, told USA Today in an interview last week. “Mark my word, by the end of next week we’ll probably see some fear and panic as it starts to hit kids.”

Last year, 90 percent of the children who died from the flu hadn’t received their vaccinations.

In Northern California, 16 flu-related deaths have already been reported in people under 65, the youngest being a 23-year-old man with no underlying health problems. It's not too late to get vaccinated, but the shot does take two weeks to become effective, so officials suggest you get on that.