Abortion doctors speak out on the rollback of Roe: "It’s 41 years later and we are still fighting tooth and nail" 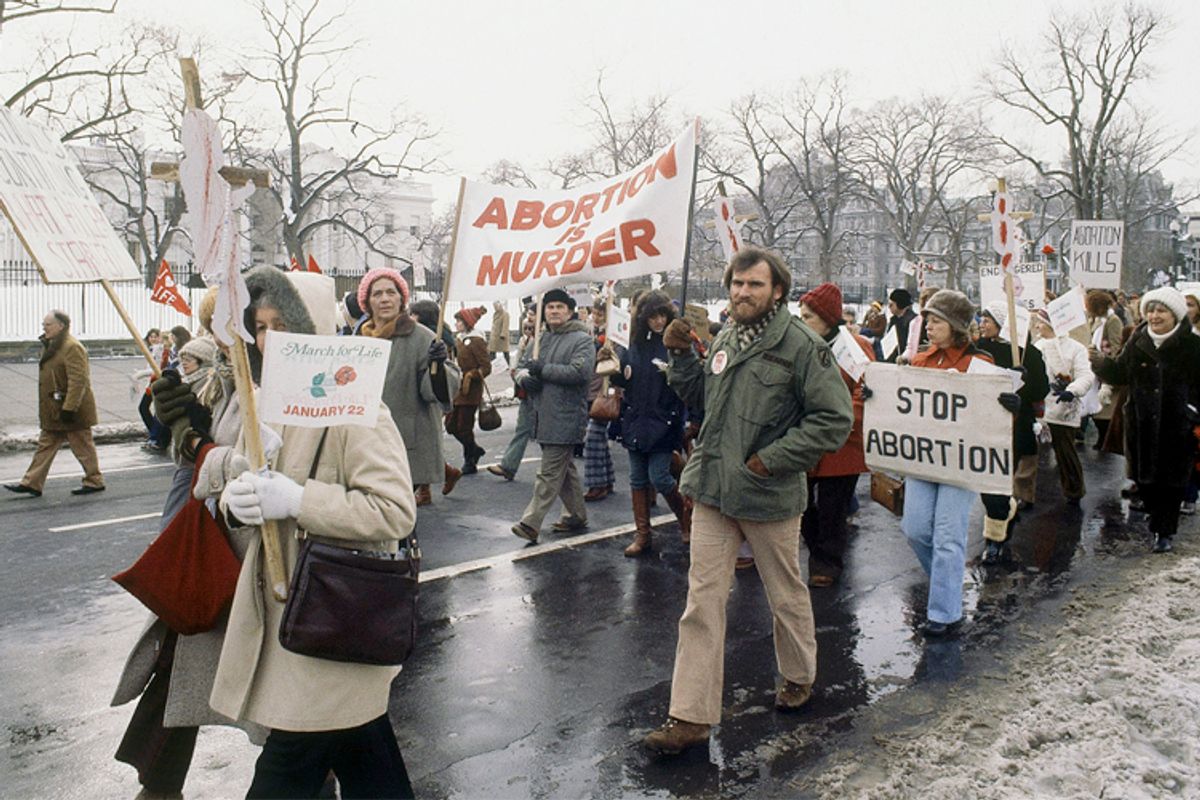 Twice a month, Dr. Willie Parker boards a plane from Chicago to Jackson, Miss., and spends around three days working out of the state's last remaining abortion clinic. When he arrives, protesters are there to greet him. They yell obscenities, call him a "baby killer," and tell him that, as an African-American man, he is responsible for the "genocide of black babies."

When I spoke with Parker over the phone, he shared these details as something of an afterthought. He isn't that interested in talking about himself, the time he spends away from his home, or the harassment and intimidation he endures so he can do his job; instead, he talks about the women he serves and the barriers they face while trying to access basic medical care.

"The women who are disproportionately affected by these cumbersome laws are poor women of color who have limited access to education, especially sex education," he tells Salon. "There is virtually no financial support because of the Hyde Amendment; women who are on Medicaid or public assistance cannot use that money for their care.

"Women come from all over the state, sometimes traveling two to three hours -- and that's just for the first visit in order to comply with the mandatory counseling," he continues, referring to a requirement in Mississippi that women undergo mandatory face-to-face counseling before being able to terminate a pregnancy. "If they can't stay overnight, they have to drive back home and return the next day. They do all of this in the face of great economic hardship, and a constant throng of protesters who try to shame and intimidate them."

January marks the 41st anniversary of Roe v. Wade, but the women Parker serves in Mississippi -- like millions of other women across the United States -- seem to live in a time before the landmark case. For them, the constitutional guarantee of safe medical care -- which has always been elusive for low-income women and women of color -- has been thoroughly chiseled away. As a result, millions of women are living in a perpetual time warp to the 1960s when it comes to reproductive justice.

"There is definitely a lack of visibility. We are geographically isolated. Our numbers are growing, but in terms of the overall population, we are very small," she explains. "That sets us up right there for all kinds of things to happen in our communities that may not be happening in other communities."

Native women across the country are, of course, directly impacted by state and federal legislation limiting women's access to reproductive healthcare, but there are other barriers that are unique to their communities.

The Department of Health and Human Services provides funding for all Indian Health Service facilities, which provide healthcare for nearly 2 million American Indians and Alaska Natives. But Hyde Amendment prohibitions on abortion funding restrict Native women's access to care in all but the narrowest of circumstances, and many IHS facilities do not even comply with the minimum standard of care set by Hyde, making the situation far worse.

"Indian Health Service refuses to provide termination services for women who have been raped, sexually assaulted, victims of incest, or whose lives are at risk," Asetoyer notes. "We are still struggling to aspire to the Hyde Amendment while others work to get rid of it."

And accessing even this limited care is often impossible because of a lack of IHS facilities that provide abortion services at all, forcing many Native women to travel long distances to seek care from outside providers. In places like Asetoyer's home state of South Dakota, restrictions such as a 72-hour waiting period place an additional financial and time burden on women who are already struggling.

"A lot of the time women in these situations don't even have an automobile to drive to the nearest Planned Parenthood, let alone the money to pay for the procedure," she explains. "And with the waiting period -- do we go back home? Do we drive those 150 miles? Do we have the resources for that? People need to understand the impact of these kinds of laws. They are unbelievably oppressive."

In Utah, one of the most conservative states in the country and a place where Texas-style abortion restrictions have long been in effect, Dr. Leah Torres says that some of her patients travel distances of more than 500 miles to see her at her practice in Salt Lake City.

"Women are traveling extreme distances to access basic care; they are missing days off work, which can mean the loss of a job," she tells Salon. "These are very real situations. When women can't see their local doctor to get this kind of care, it impacts the rest of their lives."

A patchwork of restrictions has made the idea of legal abortion in Utah seem like something of a fantasy for thousands of women, according to Torres. "Several of my patients have said, 'I can't believe I can actually have this done.'"

And this is, perhaps, one of the most profound consequences of increasingly draconian laws limiting women's access to basic care: the psychological toll it takes, this idea that abortion is not, in fact, an option.

The struggles of Native women across the country, or women in deep red states like Utah and Mississippi, are not unique to these places. Close to 90 percent of American counties lack an abortion provider, meaning that most women in this country face some kind of burden -- be it geographic, financial or legislative -- to exercising their constitutional rights. This can create the impression that these rights don't actually exist, or at least don't apply to low-income women, women of color, teenagers and far too many others.

This kind of impact is hard to quantify, but it's deeply felt by patients, according to Torres and Parker.

"There has been a long-term chilling effect on women," Parker says. "There are just so many women who don't have access. I think an indirect measure of that is that women from the Mississippi Delta have among the highest teen pregnancy rate. In the Delta, when they are offered counseling, abortion is never put on the table. When you are pregnant, the social expectation is that you will have that baby."

So where does this leave us, 41 years after Roe? Someplace very, very complicated.

"The rights put in place by Roe have been robust in terms of not being overturned," Parker explains. "But now in the 41st year, the status of Roe is more vulnerable than ever; it's 41 years later and we are still fighting tooth and nail for reproductive justice."

Torres shares the sentiment, explaining that, "Most days, I feel like we're going backwards." But like Parker, she says her patients help her to keep fighting. "When I see a patient, the gratitude in the room is palpable." Her patients are thankful for her, but Torres is equally thankful for them. "I really couldn't do what I do if it weren't for them."

For Asetoyer, organizing with other Native women to ensure they have the information and resources they need to access care can be a challenge when that task is spread among more than 500 tribes with different languages and thousands of miles of distance between them, but the stakes are too high not to press on. "It's a huge endeavor," she says, "but that's just part of the battle. Information is power."

Parker bristles at the idea of being painted as a hero in the reproductive justice movement, but says he would like to see far more activism from the American people -- regular folks who will take it upon themselves to become heroes.

"Power concedes nothing without a demand," he tells me, quoting Frederick Douglass. "Where are the people taking to the streets? Where is the passion to change this country around the issue of reproductive justice? This is a wakeup call to the average person: 'What are you going to do?'"