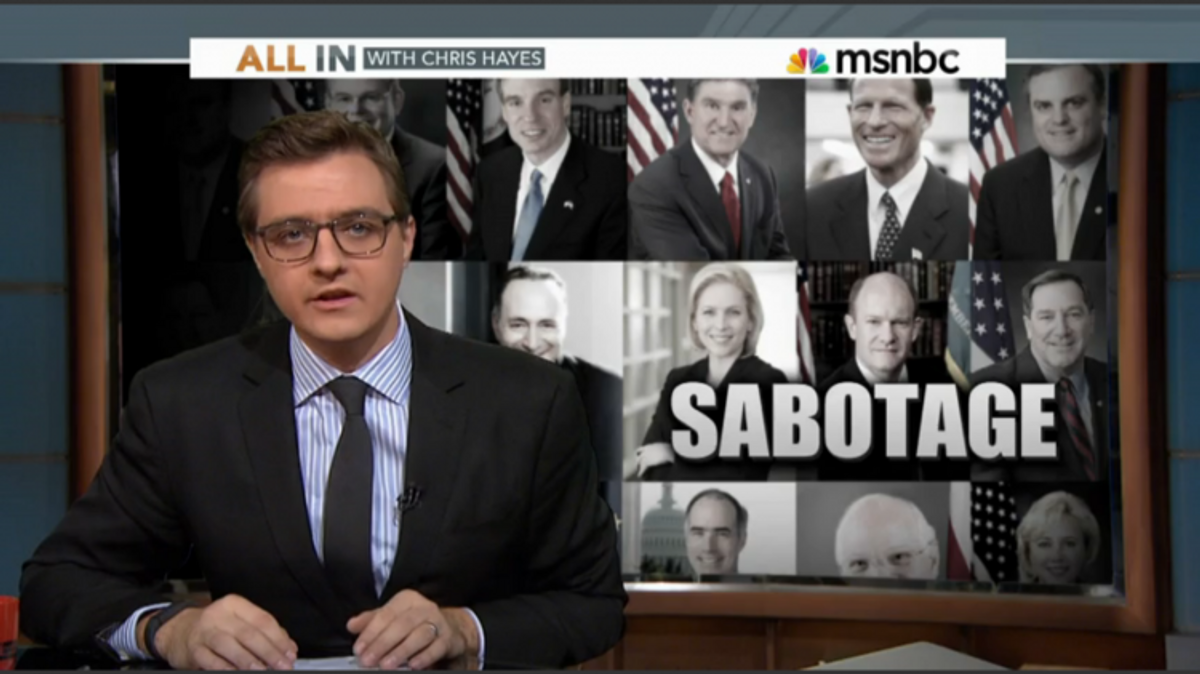 On his show "All In," MSNBC host Chris Hayes went after a group of Senate Democrats on Wednesday, accusing them of trying to sabotage President Obama's ongoing negotiations with Iran and thus risk plunging the United States into yet another war in the Middle East.

The Democrats who drew Hayes' ire were the 16 co-sponsors of a bill, currently working its way through the Senate, that would threaten to levy additional sanctions on Iran if it failed to live up to its end of the tenuous nuclear program deal.

Noting that Senate Dems were scheduled to meet with President Obama Wednesday night, Hayes said that if he were the president, he would ask these 16 co-sponsors, "Why are you trying to get us into another war? And why are you sabotaging my presidency to do it?"

After acknowledging that Obama's deal with Iran is not supported by everyone — Israel, Saudi Arabia and the usual collection of unreconstructed neoconservatives are adamantly opposed to a détente — Hayes nevertheless accused these so-called saboteurs of political cowardice, arguing that they were betraying the president due to the influence of the American Israel Political Action Committee (aka AIPAC).

Focusing particularly on Sen. Kirsten Gillibrand and Sen. Cory Booker, both of whom are believed to have presidential ambitions, Hayes next appealed to these senators' political self-interest, noting that Hillary Clinton and John Kerry came to regret their early support of the war in Iraq. "[I]f we end up in a war with Iran," Hayes warns, "the public will hate it — rightly — and it will be seen as a disaster, and you will be condemned by history and public opinion for your role in bringing it about."

Watch the whole segment below: