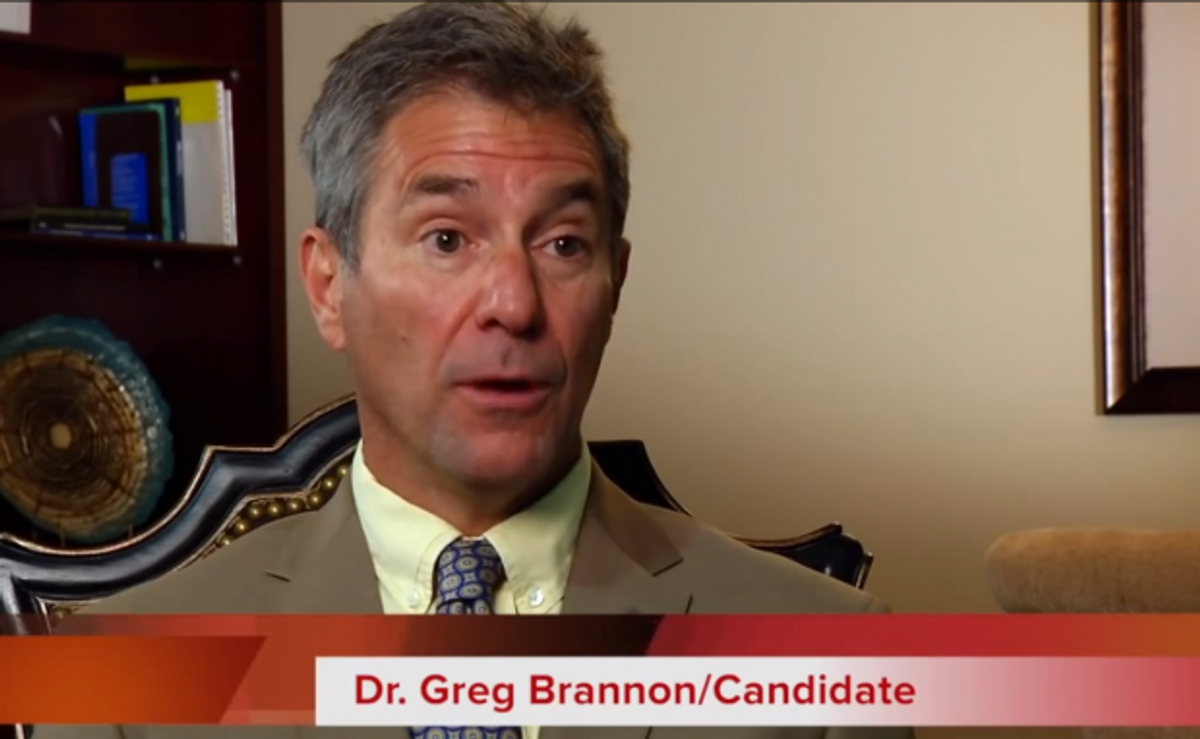 Before he was running for Senate in North Carolina, before he was endorsed by Rand Paul, and before he was earnestly arguing that food stamps are a form of slavery, Dr. Greg Brannon was the president of a Tea Party group called "Founder's Truth." Like any self-respecting Tea Party group (or political activist of any stripe, for that matter) Founder's Truth had itself a website. The website's no longer operational, but BuzzFeed, using the magic powers of the internet, was able to unearth some of its best material. And, man, is it good.

What BuzzFeed found is that Founder's Truth's website had itself a blog. It was called "The Freedom Blog." And while you'd expect the Freedom Blog to have musings from Brannon or other members of his group, BuzzFeed found that the Freedom Blog featured something else: Articles, reposted in their entirety, from well-known conspiracy theorist websites like Alex Jones' Infowars.com and Mike Adams' Naturalnews.com.

So what kind of stories did Brannon's Freedom Blog repost? Here are some good ones that BuzzFeed found:

That's a lot of conspiracy theorizing!

By the way, although recent polling shows Brannon slightly behind Thom Tillis in the race for the GOP nomination, polls also show that if Brannon were to run against Democratic incumbent Kay Hagan, he'd win. By 2 percentage points. So take that, schemers of the New World Order! Once Brannon joins Rand Paul (who also has a history of conspiracy theorizing) in the U.S. Senate, there'll be nowhere left for you to hide.