Barbara Comstock, the newly minted front-runner in the Republican primary, shares many of Dick Black's views 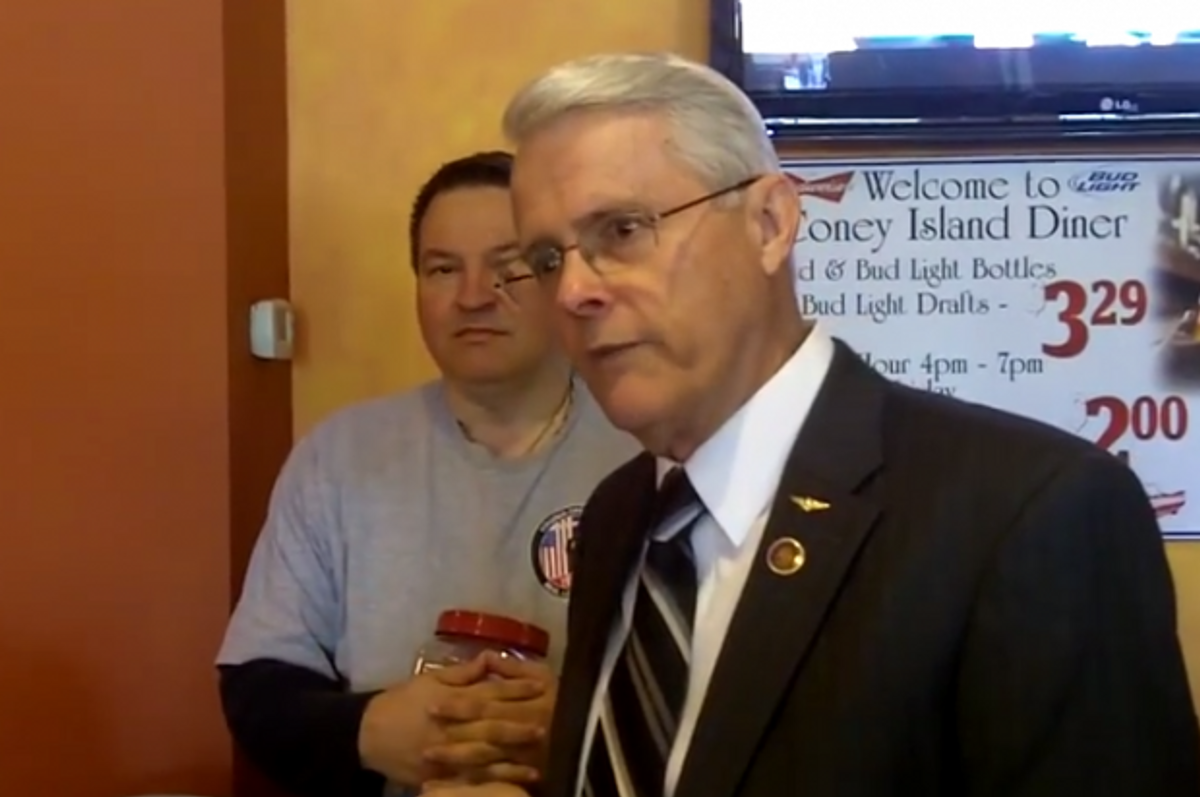 Black made headlines last week after his views on marital rape were publicized by Mother Jones. Black opposed criminalizing spousal rape when the matter was raised in the Virginia Legislature in 2002, arguing that it is impossible to define sexual assault when a couple is “living together, sleeping in the same bed, she’s in a nightie, there’s no injury and so forth or anything.” In the same speech, he fretted that making it a crime to rape your spouse could result in men experiencing “enormous fear” that their reputations would be damaged if their wives accused them of rape.

"I seriously considered running for the 10th Congressional seat," Black said in the statement on his decision to withdraw from the race. "However, after meeting with Republican Caucus leaders in Richmond, it is imperative that I remain in the Senate where I am needed to maintain our 20/20 split."

Virginia delegate Barbara Comstock is now considered a front-runner for the Republican nomination. Like Black, Comstock is deeply anti-choice, voting in favor of granting personhood rights to fetuses and forced ultrasounds. She also supports voter suppression through photo ID laws, excluding undocumented immigrants from public universities, and a host of other terrible policies, which you can read more about here.