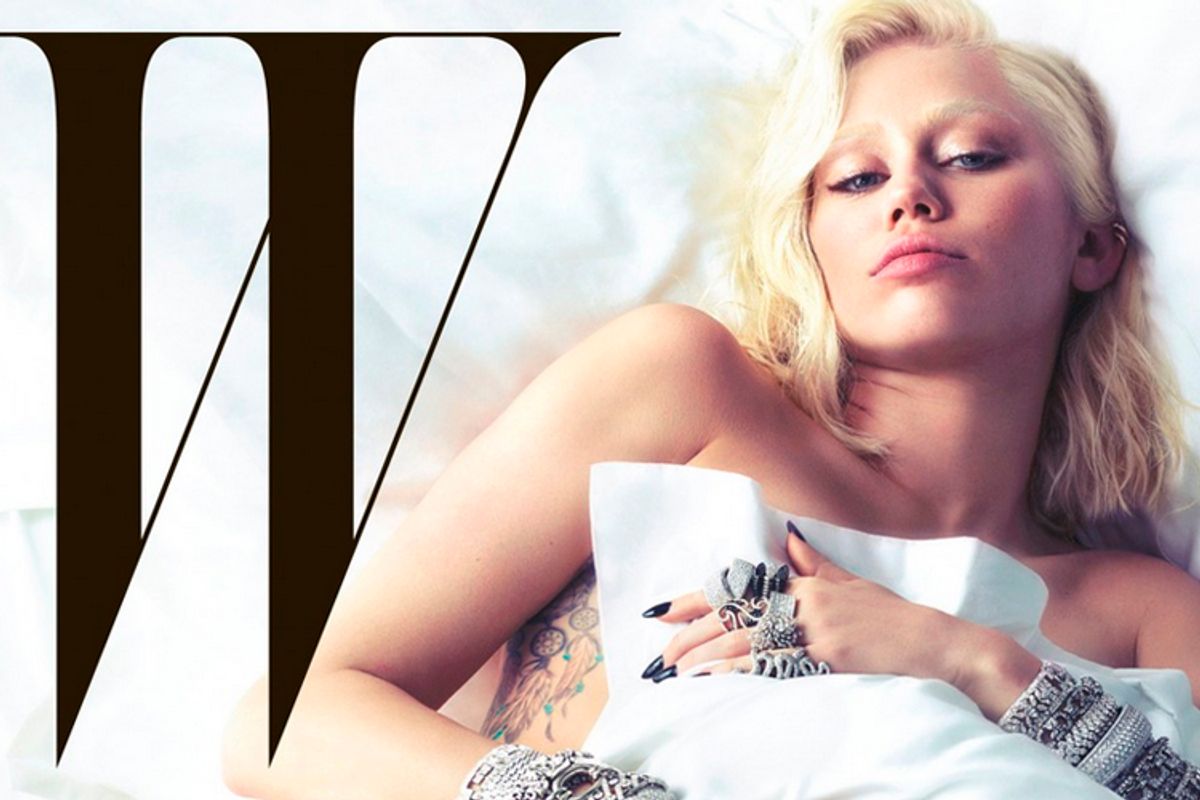 Ronan Farrow's profile of Miley Cyrus for W has hit, and it would seem the author has not quite found his perfect subject; Farrow, the MSNBC personality, says in his first paragraph that he doesn't follow pop music. What he does follow is Cyrus' persona and the criticisms against the singer, who takes two big steps back when she tells him:

“I don’t give a shit. I’m not Disney, where they have, like, an Asian girl, a black girl, and a white girl, to be politically correct, and, like, everyone has bright-colored T-shirts. You know, it’s like, I’m not making any kind of statement. Anyone that hates on you is always below you, because they’re just jealous of what you have.”

Cyrus was responding to criticisms that she objectifies black people and little people, in particular, in her act and in live performances like at 2013's Video Music Awards. Her decrying her critics as "haters" is unthoughtful but unsurprising, an easy way to shift the onus of blame onto those who observed that Cyrus' slapping the rear end of one of her dancers at the VMAs, say, looks like a sign of ownership. Another dancer, who said she felt degraded by the VMA performance in which she was made to dress as a teddy bear, is characterized by another dancer in the piece as engaging in "a ploy for attention"; this happier dancer tells Farrow that "When [Cyrus] grabs my boobs, we’re just having fun. It’s not degrading." Everyone, here, speaks solely to their own experience -- anyone having a different experience is crazy, or thirsty for attention, or hating.

Perhaps the most striking part of the profile, though, is Farrow's own insertion of himself. Though he's no fan of pop music, he is, he tells us, a musician. He plays his songs for Cyrus:

"When I tell her that I’ve worked as a singer-songwriter, she asks to hear my collaboration with a musician whose material she has covered. She clutches my phone’s tinny speaker to her ear for three and a half minutes. 'This chorus is dope,' she says, her head nodding to the beat."