Christie's Sopranos-style mess: Why more and more stink will engulf the bridge scandal 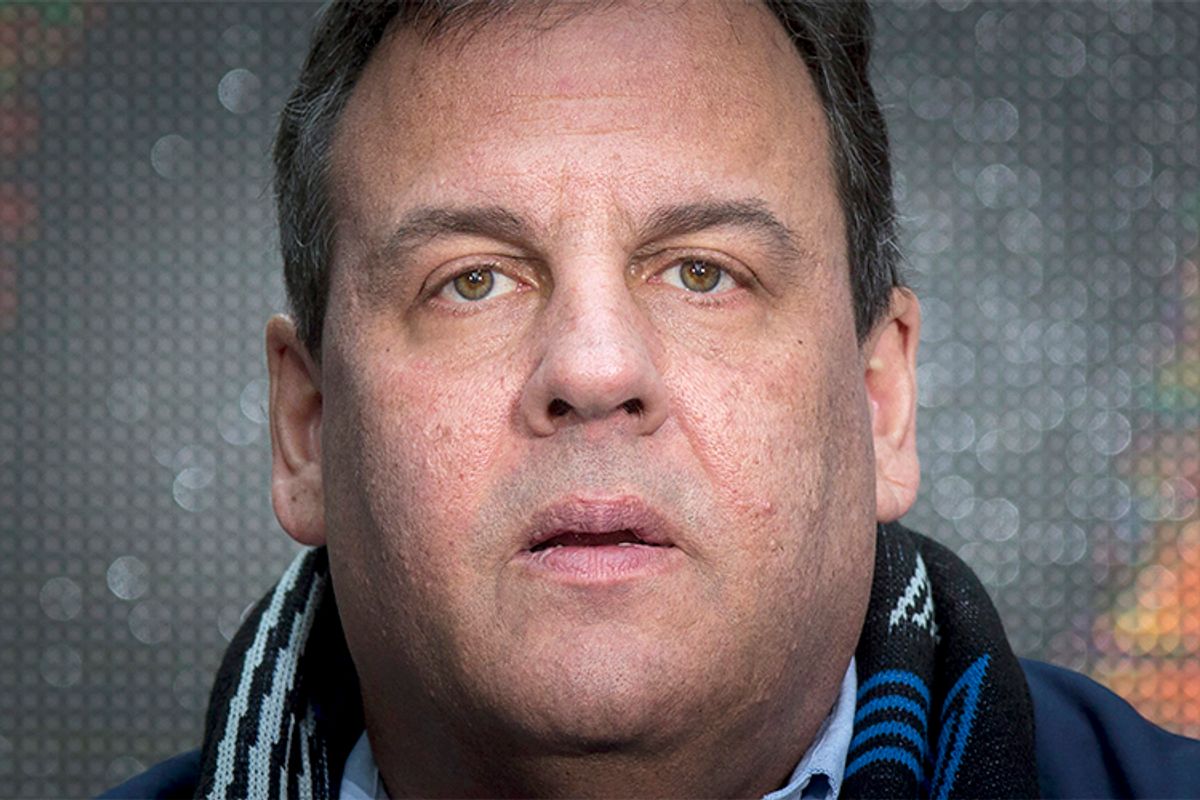 For all the hype surrounding New Jersey's vast experience with political corruption, the current batch of pros don't seem to be very good at it.

Nearly a month in, and the key question surrounding the George Washington Bridge lane-closure scandal is still whether Gov. Chris Christie genuinely did not know what his top advisers and confidants were up to, or whether he's both implicated and a once-in-a-generation-size political liar.

But the continuing disclosures, which have filled out the Bridgegate plot and its still-growing cast of characters, tell a story influenced in equal measure by the Sopranos and Keystone Cops.

The warring antagonists in this story are, of course, Christie himself and his one-time representative at the Port Authority David Wildstein, who resigned in anticipation of disgrace ahead of the "time for some traffic problems in Fort Lee" disclosure.

In a proper corruption drama, someone like Wildstein would be awash in hush money or lying in a ditch somewhere, depending on his importance, and relationship to key principals. But since the principal here is a governor with presidential ambitions, and not a private-sector goon of some kind, Wildstein is free to do whatever he wants to escape legal retribution, knowing that physical retribution is out of the question. And he's made quite a spectacle of himself, trying to bribe an immunity deal out of federal prosecutors.

That exact dynamic reveals how short-sighted Christie's management of the scandal has been.

He apparently decided on day one that his only wise strategic play would be to express outrage and disinherit the people with known (or at least publicly revealed) involvement in the lane closure scandal. It seemingly never occurred to him that he could effectively distance himself from the culprits without smearing and embittering them at the same time. Don't say mean things. Have allies twice or thrice removed buy silence with the promise of sinecures or whatever.

In David Wildstein's past, people and newspaper accounts have described him as "tumultuous" and someone who "made moves that were not productive."

There's a lot we still don't know about the bridge scandal -- yesterday's deadline to submit subpoenaed documents to the state Legislature will probably result in leaks that help fill some of the gaps.

But we do know that the best possible outcome for Christie is that he must live with the following absurdity trailing behind him for the rest of his political career. Christie has now twice reflected back to his high school days to waft away Wildstein's stink. First, to questionably claim he didn't really know Wildstein (because he ran in a cooler crowd) and then to say that, in fact, Wildstein was a holy terror in high school.

"So that nerd I never knew in high school? I actually did know him. He was a lying son of a bitch -- everyone knew that! Which is why I publicly disowned him* (*after making him my eyes and ears inside the Port Authority)."

I find it difficult to believe that anyone explaining away the biggest scandal of his political career with that story could ever survive a presidential nominating process. It's bad to be identified with a major scandal. It's worse to clean it up in a way that destroys your reputation for competence. Even the cleanup itself is incompetent! And this is the best Christie can hope for. The alternative is that Wildstein, through his attorney, is telling the truth -- that contrary to his many public claims of ignorance, evidence exists (and surfaces) proving that Christie knew about the closures in real time, and suggests knowledge of the true motive as well.

That shoe is still whooshing through midair. If it ever hits ground, Christie might actually have to resign. Even if it never does, though, the slowly effluviating nature of the scandal suggests that more and more stink will accrete around him over the coming weeks in the form of more bad actors for him to alienate. And he's alienating former allies at such a rapid pace that he could easily end up having several more strange stories to tell about why all the people in his inner circle were obvious liabilities from the start.