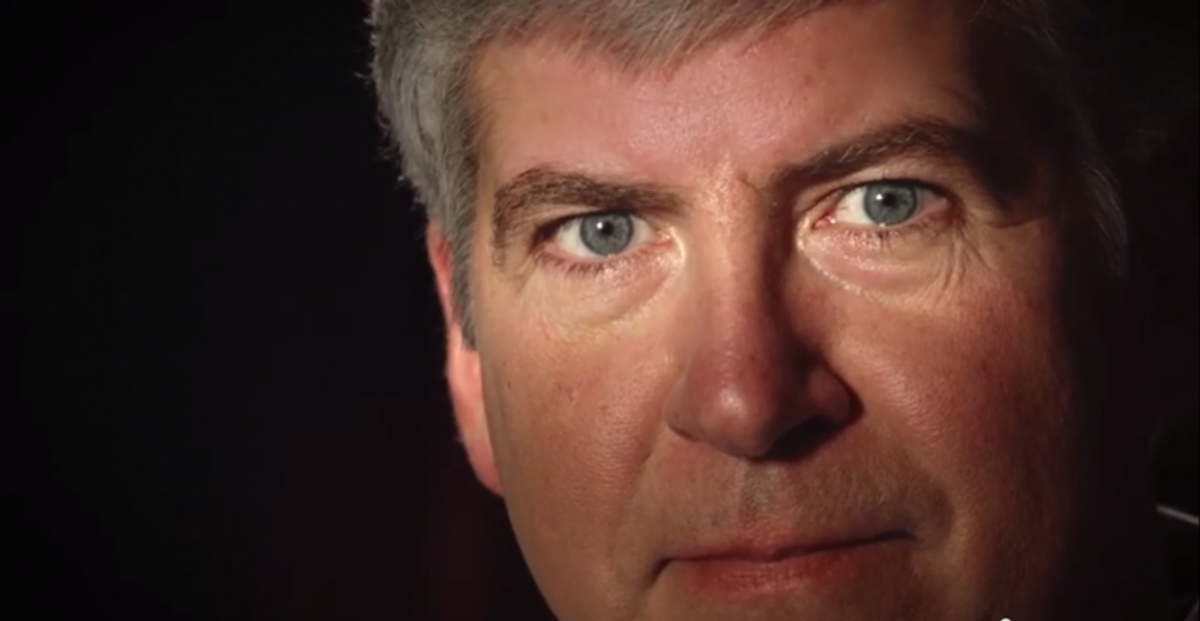 Going by the latest polls, Michigan's Republican Governor, Rick Snyder, is in a great position to win reelection this November.

Still, when it comes to campaigning, it never hurts to get an early start on your opponent, which explains Snyder's decision to release a new ad on Sunday during the Super Bowl.

But there's a problem — the ad is absolutely, totally, comically terrible.

For reasons beyond most folks' comprehension, the spot begins with Snyder swimming in a pool, wearing a wetsuit, a mask and a snorkel. Snyder later explained his swimming was supposed to be a metaphor for the experience of the state overall during the past four years. "We were underwater and now we're out of being underwater, so let's go," he said.

Once Snyder's emerged, in slow-motion, from the  (actually, he appears to be in a swimming pool, so "shallow" might be more appropriate) the narrator tells us that this "nerd" has become the "comeback kid." Snyder's first campaign was fond of calling him "one tough nerd," but it looks like this time Team Snyder will be pushing the "comeback kid" rebranding.

Anyway, Snyder's getting out of the pool when — bam! — smooth jazz starts to play and the viewer is treated to a series of grainy, color-drained images of urban decay intended to represent "the bottom of the barrel," which is where "politicians" had pushed the state.

For most of its remainder, the 60 second ad is pretty conventional, showing a mix of different kinds of people performing their working-class jobs and sharing a handful of context-free "facts" to make Snyder look good. Is the smooth jazz still playing throughout this montage? You better believe it.

There's one final head-scratching moment, however. As the ad is nearing its end, the viewer is treated to a close up of Snyder as he stares (seductively? hauntingly? determinedly?) into the camera. The narrator then forcefully reminds Michiganders that "our governor loves budgets."

"Michigan's nerd," he says, as the smooth jazz reaches a velvety conclusion, "is the comeback kid."

Check out the ad sure to propel Snyder not only to a second term but, in all likelihood, to a lifetime appointment as Snorkeler-in-Chief: