After 21 years, the Oregon chub has been brought back from the brink of extinction 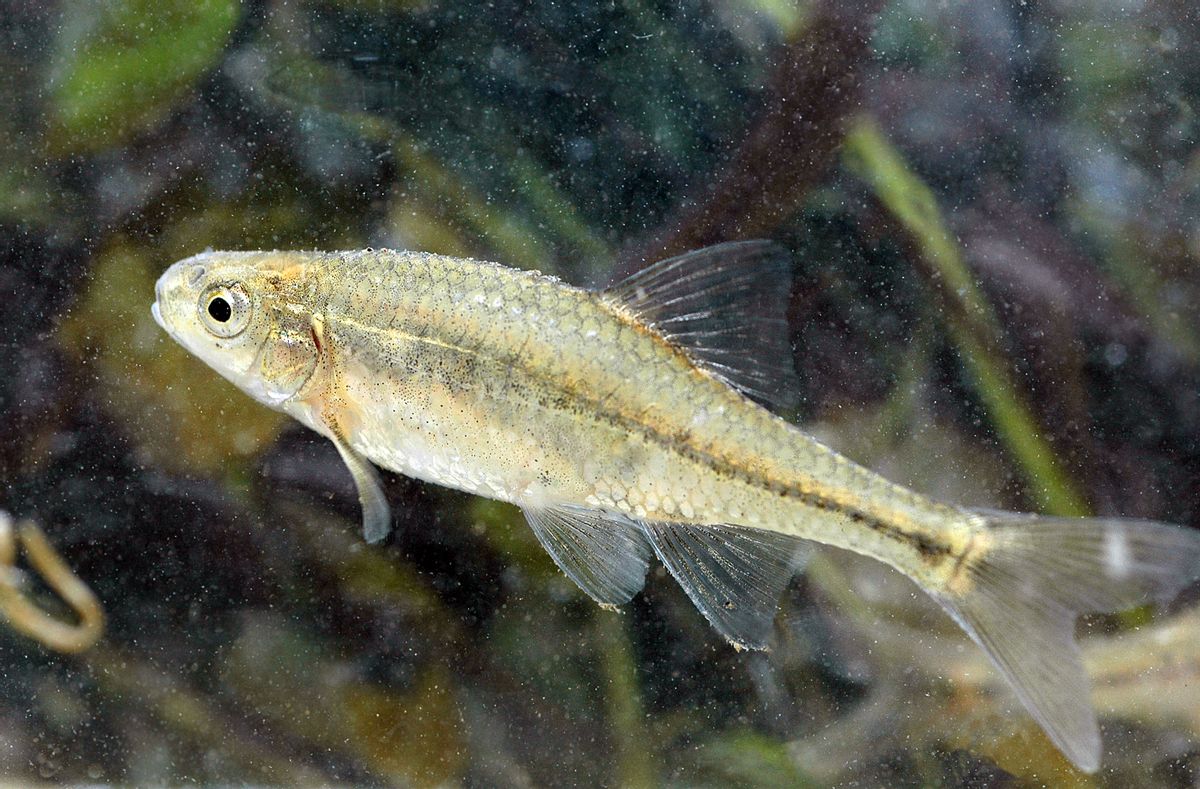 Twenty-one years after it first qualified for federal protection under the U.S. Endangered Species Act, the Oregon chub has made a cautious recovery back into continual, ensured existence, the U.S. Fish and Wildlife Service announced Tuesday.

Brought down by development and an invasive bass species, the tiny minnow had been rapidly disappearing from Oregon's backwaters -- its only home -- for decades. At its lowest point, in 1992, only about 1,000 fish were believed to exist, in just 8 different locations. Today, 180,000 fish swim at 80 locations. It will continue to be monitored for 9 more years until authorities are sure it's not going anywhere.

Saving any threatened or endangered species, especially one that isn't cute and cuddly, can be tricky. But despite the years-long effort involved, the chub was an easy save for conservationists, the AP reports:

Unlike Pacific salmon, the Oregon chub was relatively easy to save because it inhabits small places and does not get in the way of huge economic forces, such as logging, hydroelectric power and farming, said Oregon Department of Fish and Wildlife biologist Brian Bangs, who since 2005 has supervised recovery efforts.

Joe Moll, executive director of the McKenzie River Trust, said the chub's obscurity made it easier to find solutions because there were none of the high stakes and big egos involved in charismatic species like wolves, grizzly bears and salmon.

...The recovery plan focused on establishing partnerships with landowners to restore key habitats, breeding and transplanting fish to those places, and getting the U.S. Army Corps of Engineers to alter dam releases to more closely resemble natural river flows. Private landowners who agreed to have chubs introduced on their property and to follow some guidelines were given safe harbor agreements guaranteeing the presence of the endangered fish would not interfere with their use of the land.

"We managed to figure out a way to provide for the habitat of the chub in some subset of its range in the Willamette Valley in a way that was economically compatible with landowners, agriculture and other commodity-type development," said Henson, the Fish and Wildlife director. "Twenty years might seem like a long time (to get it off the endangered list). On the other hand, if you think of the 150 years of habitat modification that went on before, it is pretty darn quick."