Kraft is ditching the artificial preservatives in its "American cheese product"

Toward a more "natural" processed cheese 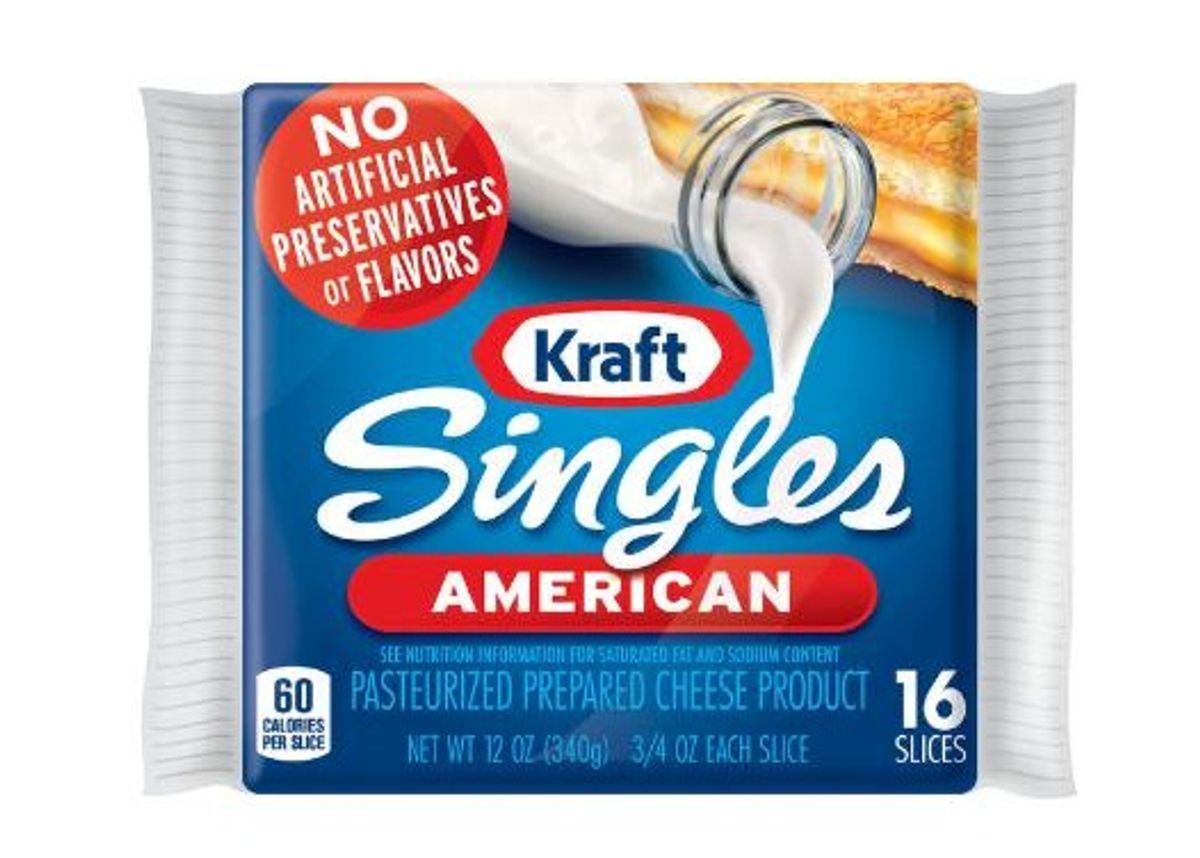 The bright yellow processed cheese product that comes by the plastic-wrapped slice is about to get a little bit more natural. Kraft announced that it's ditching the artificial preservatives from its American Singles, replacing sorbic acid with natamycin, a "natural mold inhibitor."

Unlike Subway's recent decision to distance itself from the yoga mat chemical it had been adding to its sandwich bread after a food blogger brought attention to it, Kraft's move is more proactive, calculated to reflect the growing tide of consumer awareness of what, exactly, goes into their processed food.

"Consumers are looking for those less artificial cues and messages," Gavin Schmidt, Kraft's manager of cheese research and development, told the Associated Press. "Those messages are more meaningful to consumers than they have been in the past." More from the AP on the new strategy:

Kraft, for example, plans to begin airing TV ads near the end of February touting that its Kraft Singles cheese product "begins with milk" and are now "made with no artificial preservatives."

The ads show cartoon cows grazing in a pasture, with a milk truck driving past.

The new Kraft packages, which began appearing on supermarket shelves in recent weeks, also come stamped with a red circle noting they have no artificial preservatives or flavors. Kraft says its Singles haven't used artificial flavors for many years, but that it just recently decided to advertise that aspect of the product.

For now, the change will only affect the full-fat American and White American varieties of Kraft Singles.

By the way, did you know that in the U.S., Kraft Singles legally can't be called "cheese"?