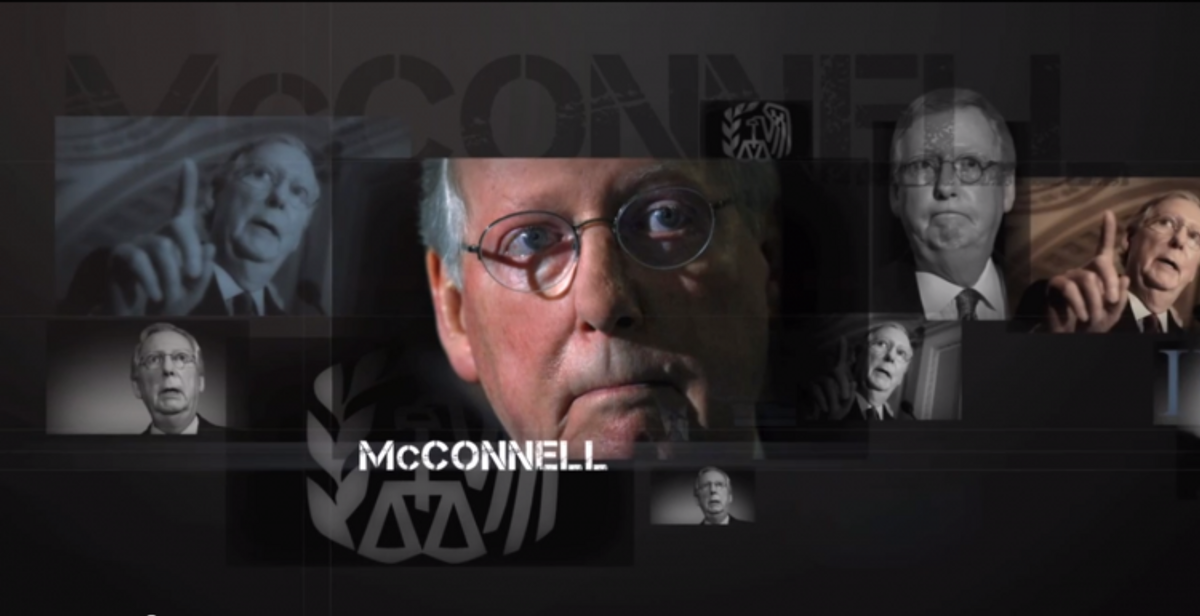 Senate Minority Leader Mitch McConnell may not be the absolute No. 1 enemy of the Tea Party — that distinction may belong to Sen. John McCain or Gov. Chris Christie — but he's certainly close.

And with McConnell locked in one tough reelection fight (the GOP primary) with another, even tougher one on the horizon (the general election), the Tea Party is smelling blood and going in for the kill.

The latest and most entertaining example of this dynamic is a new online ad from the Senate Conservatives Fund, a Tea Party PAC founded by former Sen. Jim DeMint, that throws everything it's got at McConnell, trying to portray him as a bully, a liberal, a turncoat and, worst of all, buddies with President Obama.

To give you a sense of just how far down the right-wing rabbit hole you have to be in order for this ad to appeal to you: It opens by taking for granted the right-wing myth that the IRS, under Obama's stewardship, has been targeting and intimidating conservatives. And it only gets better from there.

Check out the ad, titled "Bully," below: