The Fox News personality confuses the relationship between climate and weather 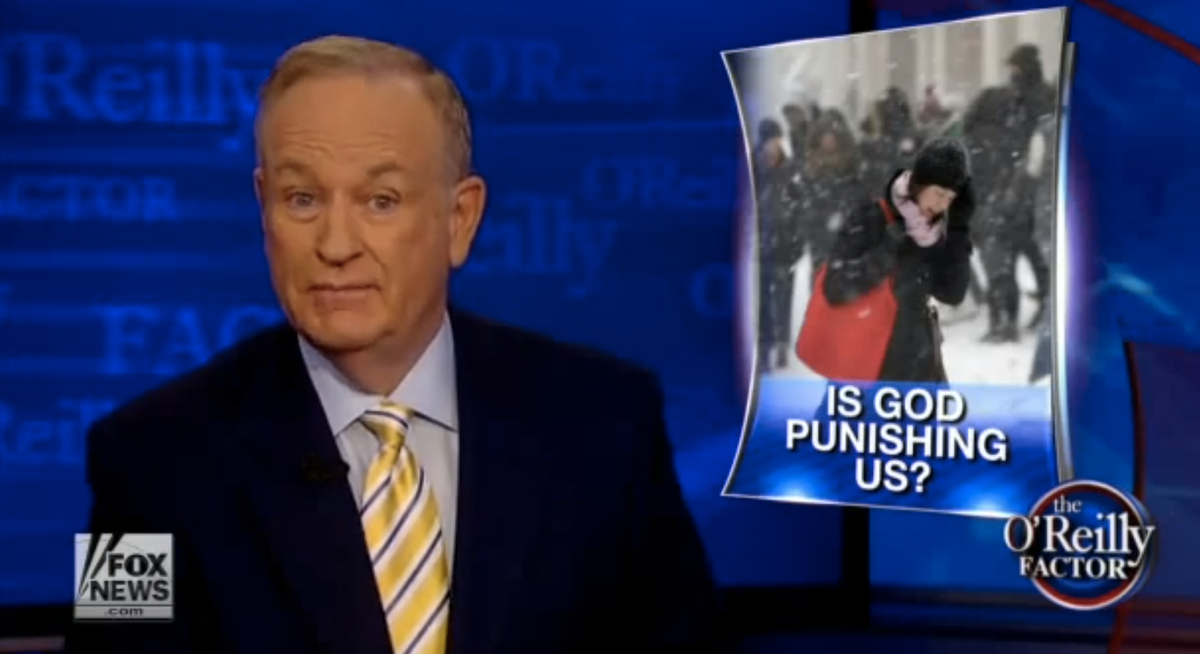 In what was supposed to be a humorous segment, but ended up as a sad statement on our current (mis)understanding of the relationship between weather, climate change and other forces greater than us, "O'Reilly Factor" producer Jesse Watters took to the streets of New York yesterday to ask pedestrians if the heavy snow is God punishing us. (Or, as he puts it to a taxi driver, if it's Allah punishing us.)

New Yorkers, to their great credit, tell Watters that no, the snow is probably not a sign that God's angry. As one puts it: "It's just winter. This is what happens in winter."

It's all in good fun until Watters has to go ahead and bring global warming into it, asking, "Have you seen Al Gore anywhere?"

We've established that the snowy weather in no way contradicts larger patterns of climate change, despite what the trolls, serious or not, would suggest. When another taxi driver suggests to Watters that global warming could be involved (perhaps because, even though no single weather event can prove or disprove climate change, we do know that a warmer atmosphere holds more moisture, increasing the incidence of very heavy precipitation), he responds, "Have you been inhaling a lot of fumes today?"