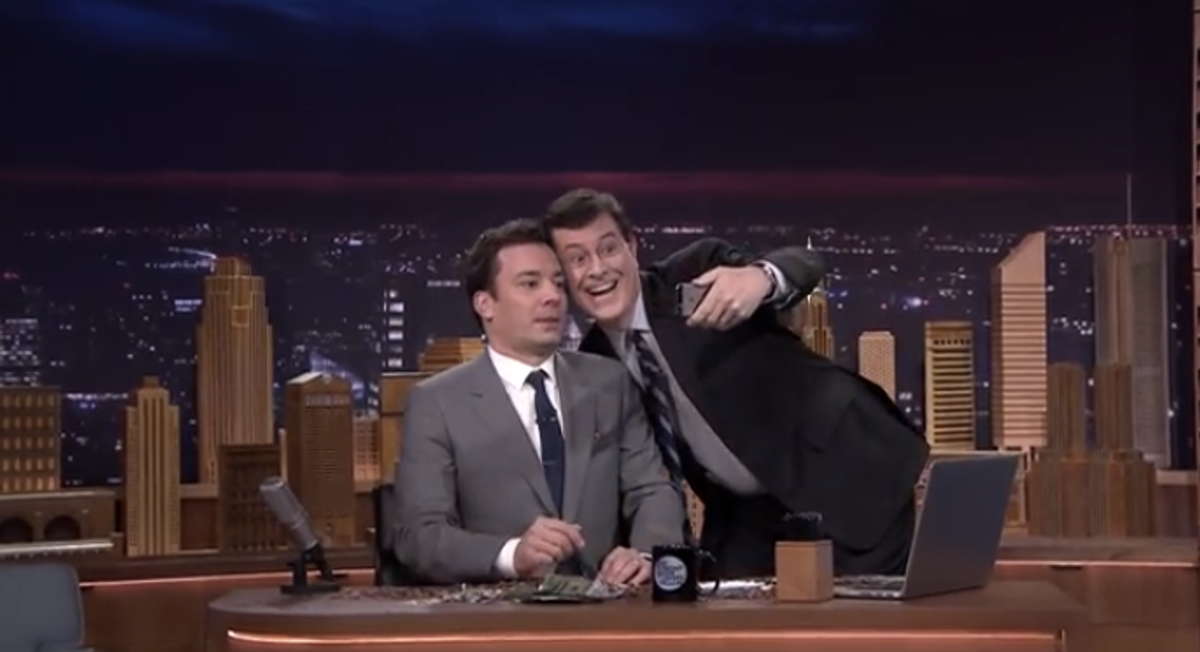 Former "Late Night" host Jimmy Fallon debuted as the new "Tonight Show" host with some serious star power on Monday night. As Fallon settled into his new desk, the "SNL" alum and former "Late Night" host paused to thank his fans. "Can't believe this is really happening," he said. "I'm really sitting here. I want to say thanks to all the fans for their support ... and to my buddy who said that I'd never be the host of the 'Tonight Show' -- and you know who you are -- you owe me a hundred bucks buddy."

Without skipping a beat or saying another word, Robert De Niro then stormed on set, slapping $100 on Fallon's desk. As soon as he walked off, Tina Fey came by with her money. And then Joe Namath. And then Rudy Giuliani (who thanked Fallon for bringing the set "back to New York"). The parade continued with Mariah Carey, Tracy Morgan, Joan Rivers, Kim Kardashian, Seth Rogen, Lindsay Lohan, Sarah Jessica Parker, Mike Tyson, Lady Gaga and Stephen Colbert, who dropped a bucket of pennies on Fallon's head and took a selfie with him.