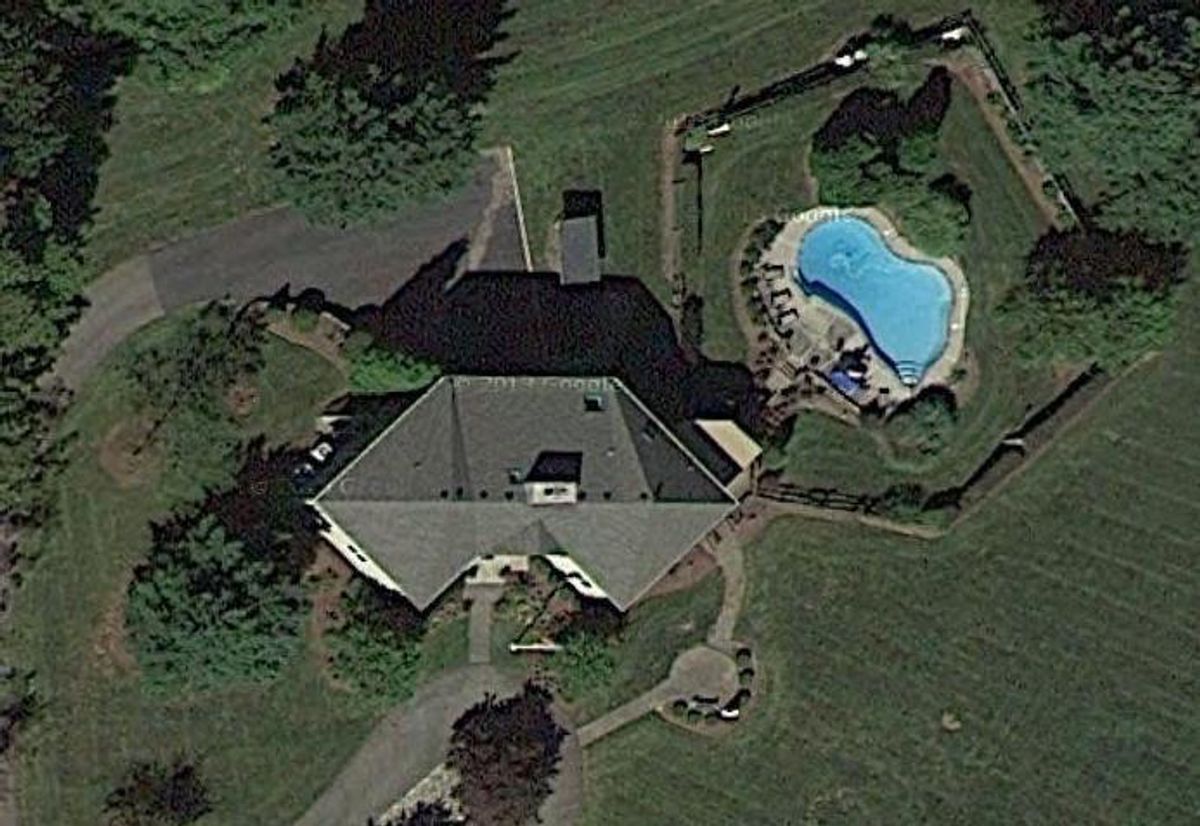 A satellite image of Archbishop Myers' weekend residence. The image does not show the three-story addition now under construction. (Google Maps via New Jersey Star Ledger)
--

Pope Francis has galvanized many people inside and outside the Catholic church with critiques of the destructive excesses of capitalism, and his own decision to forgo living in the Apostolic Palace at the Vatican in favor of more modest accommodations with other members of the clergy.

Such efforts, even if largely symbolic in their impact, have not been embraced by others in the Catholic hierarchy.

Two years after closing a school citing a lack of funds, an archdiocese in New Jersey is building a lavish addition to a retirement home for its archbishop.

But Myers has commissioned a 3,000-square foot expansion in anticipation of his retirement in two years. The addition will include an indoor exercise pool, a hot tub, three fireplaces, a library and an elevator.

In response to considerable criticism of Myers, spokesman Jim Goodness, said the addition will have "no impact" on archdiocese finances, explaining that the cost will be covered by the sale of other church-owned properties.

Still the question remains: Isn't there a better use for that money in a struggling archdiocese?