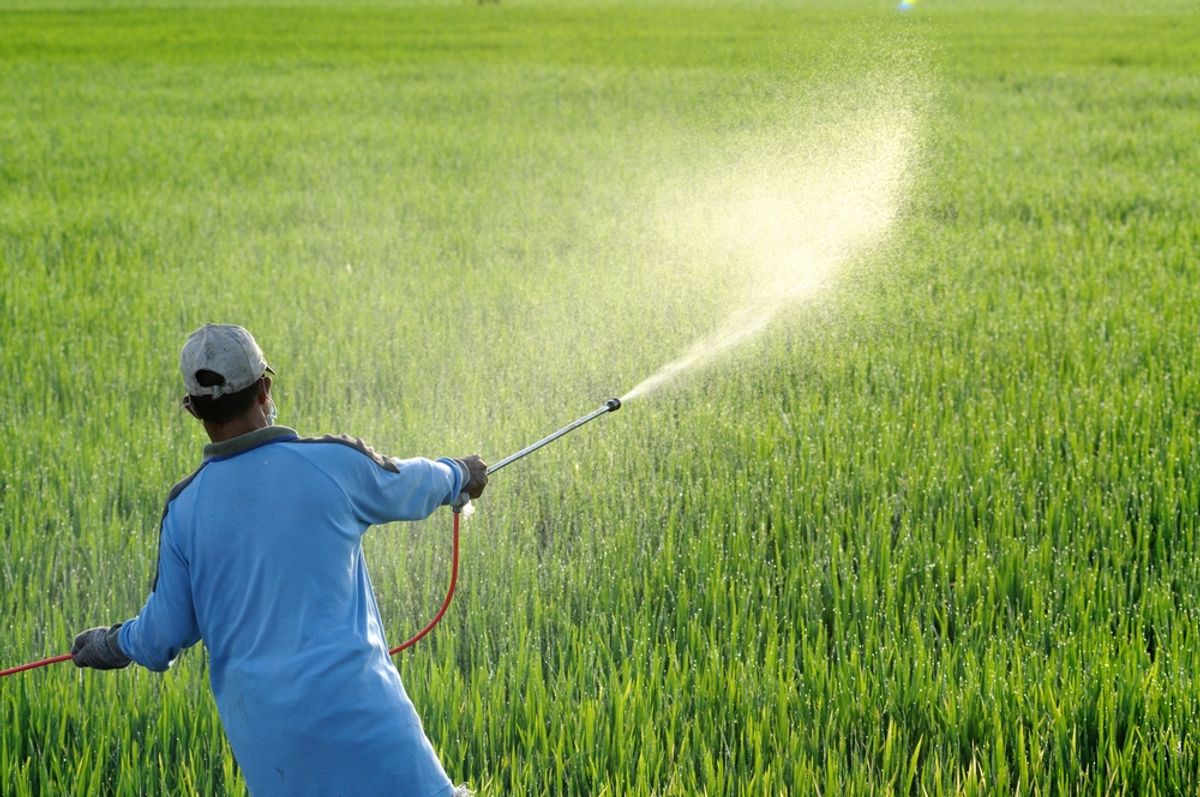 The EPA Thursday moved to strengthen agricultural worker standards for the first time in over 20 years. If passed, it could help protect children, farmworkers and children who are farmworkers from the dangerous effects of pesticide exposure. According to the EPA, minority and low-income populations, farmworker families and "the general public" would also benefit from the new measures.

Under the proposed revisions, the 1992 Worker Protection Standard would be updated to prevent anyone under the age of 16 from handling the most toxic pesticides. They would make warning signs around treated fields mandatory (currently, they're optional) and establish no-entry zones in order to minimize exposure to drifts and fumes. It would also require farms to conduct pesticide safety workshops annually, instead of just once every five years, and to offer them in Spanish.

Earthjustice, a nonprofit law organization that helped lead the campaign for reform, has more on what an important and long-ignored issue this is:

...an estimated 1.1 billion pounds of pesticides are applied to crops annually in the United States. Our nation’s estimated 2.4 million farmworkers form the backbone of the U.S. agricultural economy and face the greatest threat from the health impacts of these chemicals.

The federal government estimates that there are 10,000–20,000 acute pesticide poisonings among workers in the agricultural industry annually, a figure that likely understates the actual number of acute poisonings since many affected farmworkers may not seek care from a physician. Short-term effects of pesticide exposures can include skin and eye injuries, nausea, headaches, respiratory problems and even death. Long-term exposure on the job can increase the risk of serious chronic health problems such as cancer, birth defects, neurological impairments and Parkinson’s disease for farmworkers, their families, and their children.

The WPS was designed with adult workers in mind, but agriculture is different from most other industries in that it allows children to join labor crews at 12-years-old—even at 10 in some crops—and these children are exposed to pesticides on the job.