GOP loses the minimum wage war: Why their position is clueless and doomed

Even if increasing it to $10.10 does cost jobs, so what. Here's why the right has already lost the debate 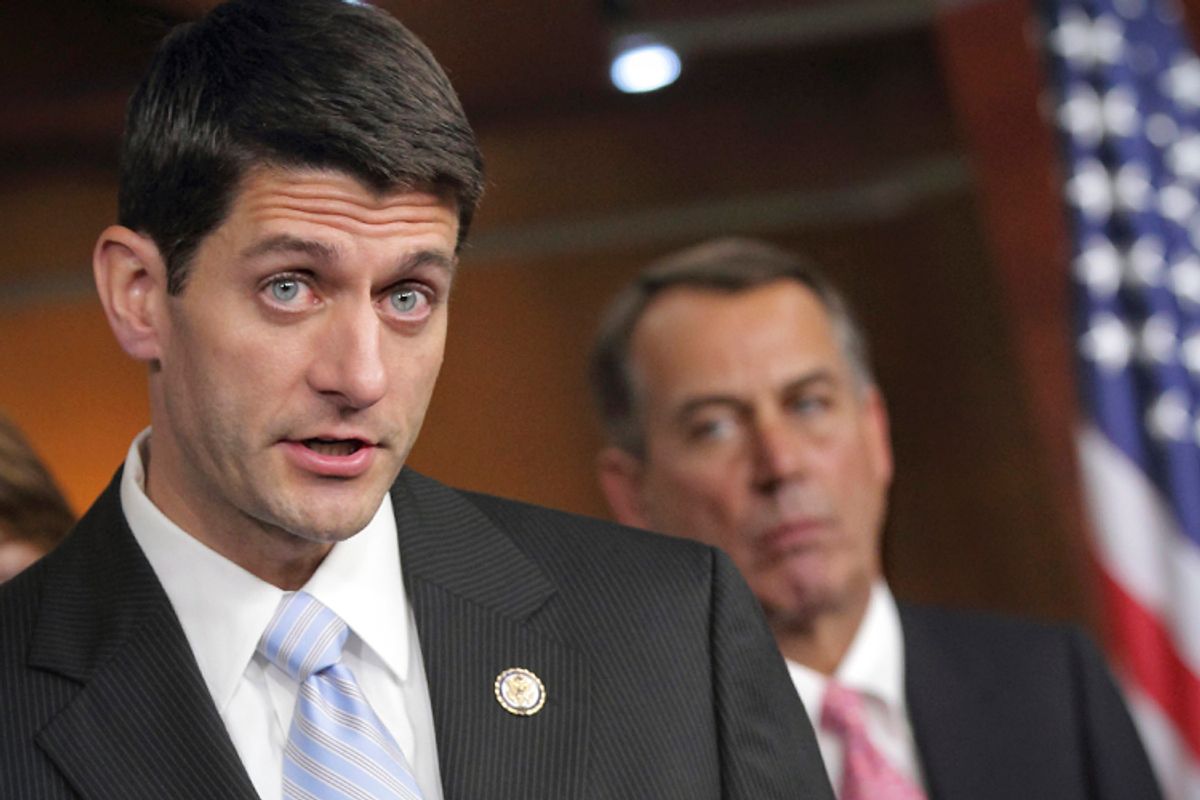 Increasing the minimum wage is a popular idea. It's also a good, if suboptimal, way to help low-wage workers, address inequality, and reduce poverty. It's also a policy that distributes a significant amount of money down the income scale using an entirely off-budget mechanism, which means the government isn't creating a politically vulnerable welfare program and isn't financing that welfare program with new debt or by taxing outraged rich people.

This makes it an attractive option for liberal elites and lawmakers, too. And at a time when conservatives aren't willing to entertain more income support or another payroll tax cut, without simultaneously taking it out of the hide of the poor in some other way, the minimum wage is the natural, last-best way for liberals to fight on their behalf. It's just about the last arrow left in their quiver.

Conservatives, who would oppose a minimum wage increase of any size even if the impact on employment amounted to the loss of a single job, were ecstatic. The minimum wage is too popular to oppose with ideology alone. The only way to oppose a policy that's popular among wage earners, and speaks to a widely shared moral sense that full-time workers shouldn't live in poverty, is to make supporters worry that their jobs might be on the line.

And that's exactly what they've done.

It's a tough finding for Democrats to spin away, in part because the finding itself is large enough to command attention without being large enough to invite a ton of second guessing. And if you work in Democratic politics, you can't just ignore the finding. You have to call it into doubt.

I'm not equipped to adjudicate CBO's finding. But fortunately that's not my problem. Mine is explaining why increasing the minimum wage is a good idea in spite of its modest disemployment effect, and drawing out the disingenuousness of the right's employment-based objection to doing so. Those are both pretty easy tasks.

Let's start with this wise tweet from economist Austin Frakt:

According to CBO, a $10.10 minimum wage would pull about twice as many people out of poverty (900,000) as it would leave without a job, and increase wages for nearly 20 times more people (16.5 million) than that. If a conservative Republican introduced a bill to reduce the minimum wage by as much as Obama wants to increase it, and CBO found that it would thrust a million people into poverty, reduce wages for 15 million more, but created 500,000 jobs, I don't think that bill would garner much support, no matter how widely its supporters touted it as a "job creator."

Likewise, a higher minimum wage would probably mitigate some of the consequences of Obamacare conservatives claim to be so distraught about. People who earn higher wages are less likely to quit their jobs. Likewise, when people's wages increase they slide up the ACA's means-tested benefit scale. In states that have expanded their Medicaid programs, a higher minimum wage would draw a bunch of new eligibles into the exchanges, creating a savings for the federal government. In states that have refused to expand Medicaid, a higher minimum wage would pull people out of the coverage gap and make them eligible for tax credits on the exchanges. This would come at a cost to the federal government, but would diminish one of the most inhumane unintended consequence of the GOP's ACA sabotage campaign, and a big political liability for Republican governors.

Nobody on the left disputes that it's possible to increase the minimum wage beyond the point at which the costs outstrip the benefits. But $10.10 is not that point.

Conservatives, by contrast, overwhelmingly oppose having a minimum wage altogether, whatever the benefits, and have to ignore all of these ancillary ones simply to keep the minimum wage where it is today. Thus, the incongruous spectacle of conservatives touting a CBO report for finding that a certain course of legislative action reduces labor demand. By their own logic, Republicans should have agreed to extend emergency unemployment compensation yesterday, and refused to vote for sequestration -- their big victory over Obama -- back in 2011.

But confront them with the inconsistency and they retreat to ideology.

Which is great. It gets us closer to what's really animating the right's opposition to increasing the minimum wage. And it demonstrates that liberals don't need to fear the debate, even if an increase would reduce hiring a little bit. The argument makes itself, and it's a winner. The counterargument is either a swindle or a loser.